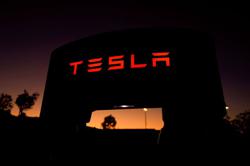 The Dogecoin website on a smartphone. The Dogecoin giveaway scam preyed on Musk’s followers who had believed he would make an announcement related to Dogecoin after he tweeted ‘Let’s find out just how live Saturday Night Live really is’ and ‘The Dogefather SNL May 8’. — Bloomberg

At the time Elon Musk was trying his hand at comedy as host of Saturday Night Live, his image and likeness were being used to promote Dogecoin giveaways on social media that left unsuspecting people with what could have been more than US$5mil (RM20.57mil) in losses.

In one of the oldest tricks in the cryptocurrency book, people were lured into sending coins to previously unknown accounts with the promise that they’d be paid back multiple times what they sent.

In reality, unsuspecting victims were left wondering why they believed they could get something for nothing amid speculation Musk might promote the digital currency.

A Monday report from TRM Labs, a blockchain intelligence provider, detailed how this latest iteration of the long-running cryptocurrency scheme played out.

During the Saturday Night Live telecast, viewers who watched unofficial streams on YouTube saw advertisements for websites that made claims such as “Elon Musk has devoted 500,000,000 Doge to be distributed to all Doge holders. Anybody can get some, just visit the website”.

To claim their part of the giveaways, users were told that they’d first have to send coins to the affiliated account, after which they’d be paid back their initial deposit plus an amount equal to what they sent.

The scheme preyed on Musk’s followers who had believed he would make an announcement related to Dogecoin after he tweeted “Let’s find out just how live Saturday Night Live really is” and “The Dogefather SNL May 8”.

As of May 9, TRM’s report said that almost 10 million Dogecoins were sent to the affiliated cryptocurrency wallets. However, a preliminary analysis showed that many of those coins may have been sent by the wallets’ creators as a way to create an appearance of legitimacy.

“Giveaway scams are not new,” TRM wrote in its report. “According to the FBI, Mass Marketing Fraud – like crypto giveaway scams – ‘victimise millions of Americans each year and generate losses in the hundreds of millions of dollars’.”

Still posts on Reddit’s Dogecoin forum show that some believed the pitch.

“Don’t fall for it like I did,” one forum member wrote. “The website won’t send you back twice the amount of coins you send them. I just went from having savings for this first time in my life to 60 bucks in my pocket.”

After hitting a record on Saturday ahead of Musk’s appearance, the digital currency began to fall hours before the show began and continued to drop as he delivered his opening monologue.

The billionaire’s highly anticipated appearance was punctuated with his role on the show’s staple “Weekend Update” segment.

Playing the role of a financial expert, Musk’s character was put on the spot as to whether the currency was just a joke, to which his character responded, “Yea, it’s a hustle”. – Bloomberg 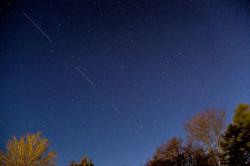 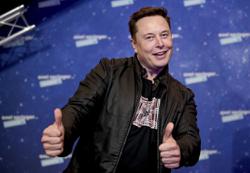