Digital investment tools are offering an easier point of entry for new investors to join the market. But will democratising the process help educate the public or put unprepared beginners at risk? — Banner vector created by upklyak - www.freepik.com

Despite the harsh lessons of the pandemic, many Malaysians are still at a loss as to how to manage their money.

According to a survey conducted last year, 46% – up from 43% in 2019 – were in the habit of spending their entire paycheck or more through credit.

The Malaysian Financial Literacy 2020 study, which polled 10,628 Malaysians, also found that 53% were unable to survive beyond three months without a job due to insufficient savings.

The annual study by RinggitPlus, a financial comparison website, also discovered that most Malaysians (70%) felt that their EPF savings were inadequate but almost half (45%) admitted they have yet to start planning for retirement.

Financial literacy among Malaysians – regardless of income and age – is still at a worrying level, stressed RinggitPlus co-founder Liew Ooi Hann. To grow their income, he suggested the financially curious dip their toes in the world of investing but only after setting aside three to six months worth of expenses as an emergency fund.

“Today, even if you can only set aside RM50 per month, you will be able to access investment tools and platforms previously reserved for high-net-worth individuals,” said Liew.

One such platform, which is powered by robo-advisers, offers financial planning services with little to no human supervision.

The Securities Commission (SC), a statutory body that regulates the country’s capital market, introduced a framework for robo-advisers – which it categorises as digital investment managements (DIMs) – in 2017. The Securities Commission introduced a framework for robo-advisers – which it categorises as digital investment managements (DIMs) – in 2017. — YAP CHEE HONG/The Star

Dealing with registered DIMs offers several advantages, according to a post by the SC, as they tend to follow industry best practices like placing the funds with a custodian rather than the service itself.

In the event something goes wrong, the money will be kept safe by the custodian, it said.

It recommended that an investor should first decide on the type of asset allocation, whether stocks or fixed income, and pick a service that fits his or her risk profile.

The other two factors to consider are the fees and the level of automation, as some platforms may offer human advisors too. DIM platforms are handy for people who are inexperienced in investing, says Ang. — MFPC

Malaysian Financial Planning Council (MFPC) national council member Anthony Ang Sang Nang said DIM is helpful to people who are inexperienced in investing and may encourage the tech-savvy, especially the younger generation, to participate in the fund management sector. It not only spares users from having to manually monitor and rebalance their investments, but also minimises human errors and eliminates emotion from decision making, he said.

“However, they will eventually require a financial planner to provide a holistic approach to their finance,” he said, adding that long-term investing should be diversified.

Liew too agreed that digital investment products attracted younger investors who, having grown up with online services, are more likely to trust algorithms than humans.

He added that the pandemic has also accelerated the adoption of such tools in all segments of investors.

DAX operators allow people to trade in cryptocurrencies like bitcoin and ethereum; ECF allows users to buy equity in small companies during a fundraising; while P2P lets users offer short-term loans to businesses, acting as alternatives to banks.

There are three registered DAX, 10 ECF and 11 P2P platforms.

Another option that popped up recently is from a partnership between e-wallet provider Touch ‘n’ Go and investment house Principal Asset Management.

The TnG e-wallet now has an investment feature that allows users to earn potential returns from money left in their Go+ account.

However, it’s a low-risk, low-return investment – according to the app, Go+ pays out interest daily but based on the prior day’s earnings. The daily return rate was only 1.47% per annum as of press time. 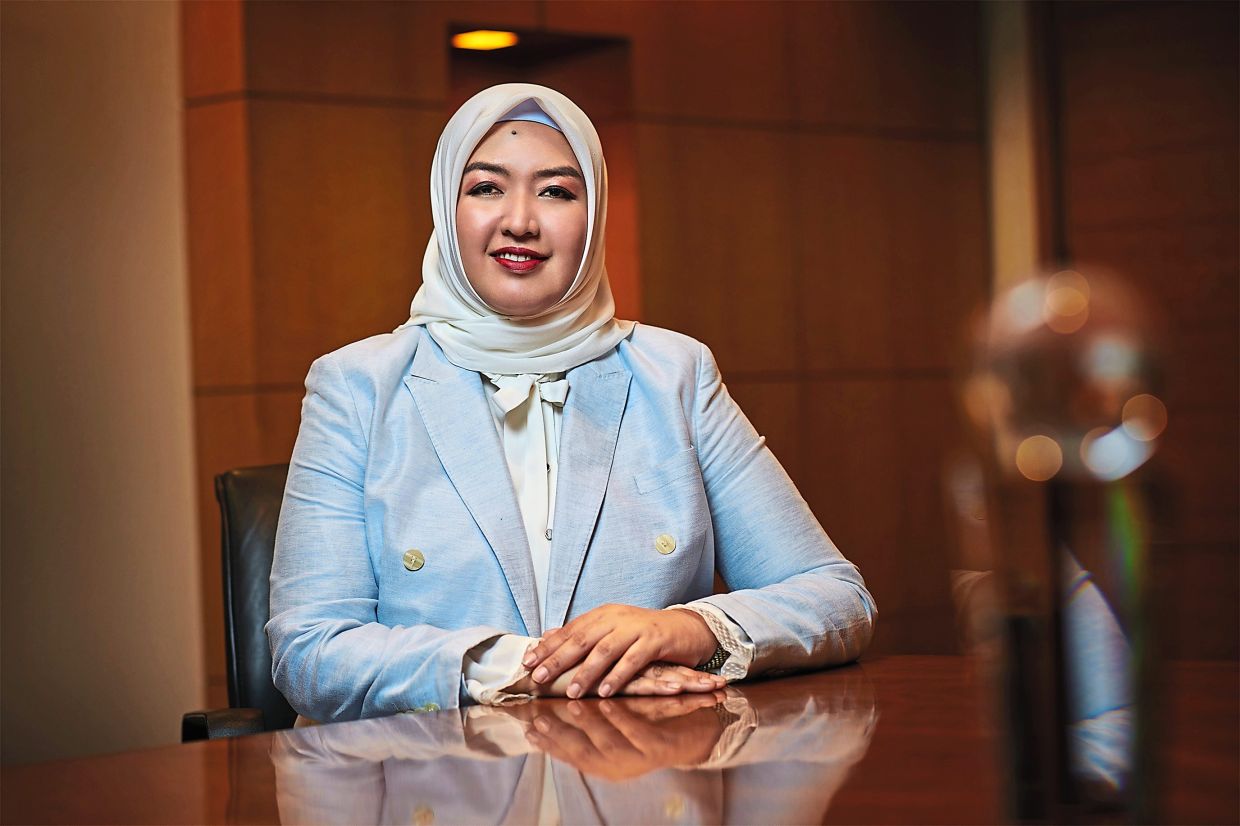 “When you leave your money in most e-wallets, you don’t earn anything. This is particularly relevant during the pandemic, as more people have switched from cash to e-wallets for contactless payments,” she said.

Munirah hoped that easy-to-use digital tools will lead Malaysians to greater financial literacy, even if the returns are small.

“Digital tools allow people to make more informed financial choices and get what they want out of their lives. We need to empower people to get on board,” she said.

However, even with easy access to information, people are still drawn into get-rich-quick schemes that promise “guaranteed returns”. Malaysians don’t the take time to understand a product before investing, she said, adding that some are easily won over by people in their circle.

“I don’t know if it’s due to carelessness but they need to do some research, whether through Google searches or finding out more from financial advisers,” she said. Even with easy access to information, people are still drawn into get-rich-quick schemes that promise 'guaranteed returns'. Malaysians don’t the take time to understand a product before investing, Munirah said, adding that some are easily won over by people in their circle. — Pixabay

MFPC’s Anthony too took a conservative stance, saying that even though there are a variety of financial tools, investors still need a basic understanding of investment principles to make informed decisions.

The SC addresses this issue by requiring registered fintech operators to conduct investor awareness programmes. This complements SC’s own outreach programmes under its InvestSmart initiative conducted in collaboration with industry players.

“On suitability of an investment product, the SC would like to remind members of the public to review the risks involved, do their own research, and invest based on their risk tolerance, investment objectives, financial profile and investment experience,” it said in a statement.

The SC has detected a rise in scams as market uncertainties offered unscrupulous parties opportunities to take advantage of unsuspecting investors.

It saw a surge in public queries on the legitimacy of investment schemes, including those advertised on social media – there was a 158% increase in complaints and 123% increase in enquiries last year compared to 2019.

Other than its InvestSmart initiative, the SC also runs anti-scam awareness campaigns and publishes Investor Alert lists that flag individuals and entities suspected of offering capital market products or services without authorisation. It revealed that 134 Investor Alerts were issued last year, and that it collaborated with the Malaysian Communications and Multimedia Commission to block 78 websites found to be offering regulated services without authorisation, misusing the SC’s name and logo, or for running scams.

“The SC has recently taken enforcement action against those offering illegal investment advice on social media platforms and chat groups.

“Last year, we established a special task force to focus on scams and unlicensed activities and our efforts in this area have started to bear fruits,” it said in a separate report.

The SC also warned that those who traded with unlicensed or unregistered entities and individuals are not protected under the Malaysian securities laws and are thus exposed to risks such as fraud and money laundering.

Another concerning trend is the gamification of digital investment tools.

Though the use of game design elements and principles makes the tools more accessible but it could also trivialise the risks involved. 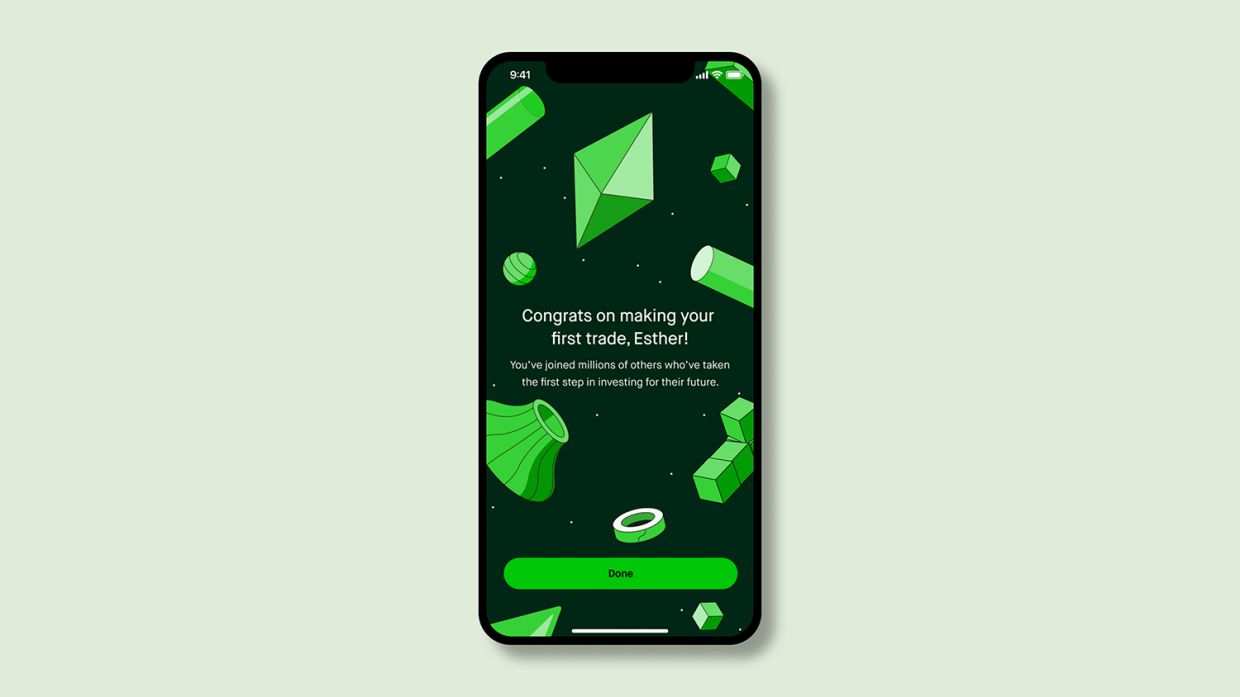 Starting March 31, 2021, Robinhood said it will begin retiring the confetti, which was meant to celebrate customers hitting milestones like making their first deposit or enabling new features, to be replaced with a suite of animations that are decidedly more measured in pace. — Robinhood via AP

He had reportedly been driven to suicide after mistakenly thinking he lost nearly US$750,000 (RM3mil) in a risky investment via Robinhood.

Massachusetts Secretary of the Commonwealth and the state’s chief financial regulator, William Galvin, criticised the app’s gamification features, calling it a “very deliberate effort on the part of Robinhood to particularly entice younger, inexperienced investors”.

He highlighted the methods, typically seen on video games, such as rewarding daily usage of the app, encouraging frequent trading, and even the use of digital confetti effects when users trade or hit milestones, as worrying.

The firm removed the confetti effect in March, claiming it was misconstrued.

Locally, the SC acknowledged the increased use of gamification in digital investment tools, saying it’s of the view that such features must be implemented responsibly, and a balance must exist between good user experience and education.

It also said platform operators are required to ensure they don’t downplay the risks when promoting their products.