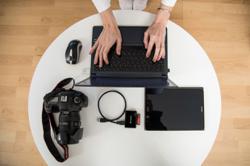 Japan’s largest online brokerage is seeking to lure a younger generation by cutting commission fees on trading of domestic stocks to zero.

SBI Holdings Inc. will implement a series of campaigns that will virtually eliminate commission fee for spot trading in equities, the financial conglomerate said in a statement Tuesday. Among the deals on offer is a rebate for clients between the ages of 20 and 25 for all commissions on trading of Japanese stocks.

The announcement comes as competition intensifies in an industry aiming to boost younger customers as the country’s population grays, with Nomura Holdings Inc. forming a venture with messaging app Line to expand its reach. It also coincides with a surge of interest in stock trading spurred by the pandemic — SBI’s accounts surged to pass 6 million as of March.

The newest campaign will scrap any upper limit, and was first reported by the Nikkei. A limited-time offer will also scrap fees for those who open new accounts, regardless of their age.

The firm should be able to "increase market share by eliminating commissions for customers aged 25 or below without appreciably harming its existing earnings base, ” Natsumu Tsujino, a senior analyst at Mitsubishi UFJ Morgan Stanley Securities, wrote in a note, adding that the move will not have a major impact on SBI’s earnings. "Its move to further eliminate commissions bears watching.”

As seen in the rise of Robinhood in the US, increased interest in trading is driving down the price of entry for individual traders. In 2019, SBI and Rakuten Securities were among Japanese brokerages that became involved in a price war that slashed trading fees for US equities.

Online brokerages have also gotten a tailwind from the pandemic that spurred retail investors globally to start investing. Retail clients today make up around 22% of Japan’s stock market, according to data from the Tokyo Stock Exchange, up from 16% last February before the virus outbreak roiled the markets. – Bloomberg 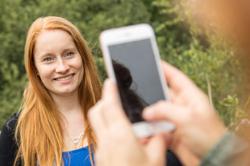