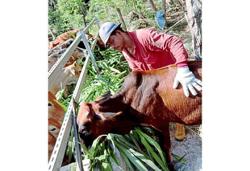 Nikki (left) and husband Dan released a video to explain why they had to put down their dog Bowser. — Screengrab from YouTube

A YouTube influencer couple is being lambasted on social media for putting down their dog after it bit their infant son.

But Nikki Phillippi and her husband, Dan Phillippi, said in a YouTube video and Instagram post that after the incident, which was not the first time the animal had shown aggression, he was too old to be adopted and too untrustworthy to keep.

“Bowser was the ultimate cuddle bug, but you wouldn’t necessarily know that if you just dropped by our house...he just acted crazy,” the family and lifestyle influencer wrote on Instagram. “Bowser had an aggressive side that reared its ugly head a few times over the years... and recently he bit Logan....after a lot of counsel, we decided it was time for Bowser to pass peacefully on.”

While many online chastised the couple for not trying to have the pet adopted, Phillippi addressed that too, saying that they’d been told he was too old.

“This is the hardest decision we’ve ever made,” the 33-year-old told her 1.29 million followers on YouTube. “Thank you to everyone who has messaged me with kind words of encouragement and prayers. I truly appreciate it more than you know. I don’t have the time to respond to everyone, but I just want you to know that.”

“For most of his life he was an extremely dangerous animal outside the walls of my house,” Dan Phillippi said in the video.

Nikki Phillippi said she had long held out hope that Bowser simply needed to find the right home, but learned from animal experts that it wasn’t the issue, or an option, she said. They had indicated the animal had to go.

“But after getting counsel from multiple professionals who are with dogs all the time, all of them said that, they all said the same thing,” she said.

There are definitely times when euthanasia is warranted, or there are no other options, Liv Hagen, the manager of shelter behaviour services at the Minnesota-based Animal Humane Society, told Insider, without commenting specifically on the Phillippis’ case.

“An end-of-life decision is not something anyone ever wants to do,” Hagen said. “If it is the case where the animal is truly unsafe — again, making that decision in consultation with experts and professionals — then maybe it is an appropriate discussion to have with the expert that you’re working with. And as heartbreaking as it is, it sometimes happens.” – New York Daily News/TNS 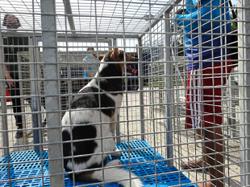