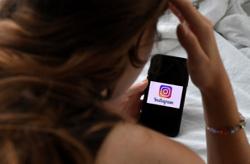 Wearing a face mask is mandatory in public to prevent the spread of Covid-19. — FAIHAN GHANI/The Star

A local social media personality was slapped with a RM1,500 compound for not wearing a face mask in a viral video, according to a Bernama report.

The two-minute Instagram video depicted a skit of the influencer attempting interstate travel by giving out various excuses, which were printed on a series of placards shown to uniformed police officers and an armed guard at a road block.

Among the excuses given were “work-related”, “going home to fix curtains” and “I am Instafamous”.

After all his excuses were rejected, the skit ended with the man sharing a meal with the uniformed security personnel.

According to Putrajaya OCPD Asst Comm Mohd Fadzil Ali, the compound was issued after the man gave a statement at the Putrajaya District Police Headquarters as he was found to have breached standard operating procedures set by the Malaysian National Security Council (MKN). 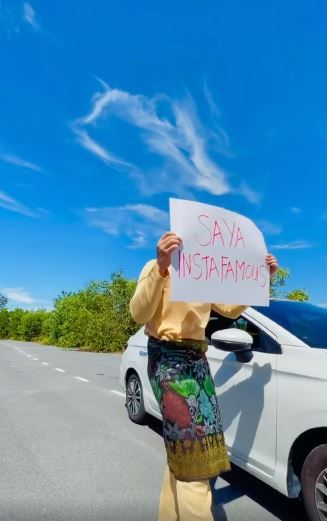 In the viral video, the man used excuses like ‘I am Instafamous’ in an attempt to travel interstate. — Screengrab from Instagram

Based on police investigations, the video was first uploaded to the influencer’s Instagram account on Sunday night (May 2) at 9.15pm with scenes that were filmed at Bukit Rimau in Precinct 3.

Mohd Fadzil added the video also included footage of a police vehicle, the influencer driving in his own personal car, and noted that all the security personnel filmed in the skit were in full uniform.

According to his statement, the two PDRM and one Malaysian Armed Forces personnel involved in the video were attached to the Putrajaya IPD Recovery Movement Control Order SOPs compliance team.

The Bernama report stated that apart from not wearing a face mask, the man was also seen poking fun at some excuses that have been used by others for interstate travel.

Mohd Fadzil also stressed that he had not given his permission for the video to be recorded or released, and added that no payment and any other form of gifts were accepted by the police for the matter.

The video, which has since been viewed more than 900,000 times on Instagram, has received some backlash from other users on social media, with some describing the video as “foolish” and criticising the man in the video for not wearing a face mask while out in public.