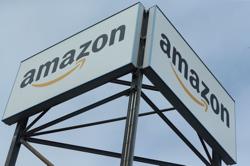 In a 2016 agreement, Ring pledged that it wouldn’t use any trademarks that would be confusingly similar to ADT and yet began using a lighted yard sign in a blue octagon, according to the complaint. — Amazon

ADT Inc, the largest home-security company in the US, has filed a lawsuit accusing Amazon.com Inc’s Ring service of copying its trademarked blue octagon symbol “to tout a reputation for trust to potential customers that it has not earned”.

ADT said it’s been using the blue octagon in lawn signs and window stickers for decades, and that they are displayed by some 6.5 million customers as a sort of “keep out” warning to burglars. The company wants a US federal judge in Florida to order Ring to cease using what it says are look-alike signs, and pay unspecified cash compensation.

Amazon had worked with ADT in the past but the Boca Raton-based company is now partnered with Alphabet Inc’s Google. Google bought a US$450mil (RM1.84bil) stake in ADT last year to get its Nest smart-home products in front of new customers.

The lawsuit came after years of friction between ADT, which, according to its website, began with “a telegraph-based ‘call-box’ in 1874”, and Ring, which was founded in 2013.

In a 2016 agreement, Ring pledged that it wouldn’t use any trademarks that would be confusingly similar to ADT and yet began using a lighted yard sign in a blue octagon, according to the complaint filed in federal court in West Palm Beach, Florida. After ADT told Ring to stop copying the blue octagon, Ring changed the colouring to remove most of the blue but kept the eight-sided logo.

Then, in a “brazen move” in late March, Ring began using a solid blue octagon to promote its Ring Alarm Outdoor Siren, according to the complaint.

ADT said it owns 12 registered trademarks, including ones from the 1990s, for the shape, colour and look of the signs, and has “invested substantial resources and promoting its security offerings under the blue octagon mark”. In addition to trademark-infringement, ADT accused Ring of unfair competition and diluting the value of the ADT trademarks.

Representatives of Amazon and Ring didn’t immediately respond to requests for comment made after normal business hours.

In 2017, ADT filed a lawsuit accusing Ring of stealing trade secrets by obtaining an unauthorised copy of source code and documentation for a home security and automation platform. The companies settled early 2018, around the same time Amazon bought Ring for US$839mil (RM3.43bil). – Bloomberg This strange iOS bug can stop your WiFi from working completely: How to keep your iPhone safe
Charge your smartphone with ‘sound’? Soon you might be able to ditch your charger
German union calls for Amazon workers to strike on 'Prime Day'
Paying fortifies ransomware gangs but scant support for bans
WhatsApp multi-device feature limitations: What you may not be able to do
Study: Shoppers in Singapore tend to reuse log-in details, passwords
NTU scientists develop robots the size of a rice grain that may help in surgery in future
MCMC: Communications, Internet coverage around Kota Tinggi fully restored
Amazon opens its largest-yet cashierless grocery in US
Bitcoin drops as hashrate declines with China mining crackdown