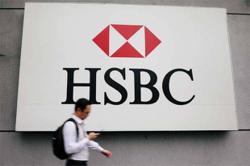 Apple's Find My app first appeared in 2010 as the Find my iPhone app. The first third-party devices to be recognised in the app include certain bicycles. — Apple/dpa

Apple has had an app that lets you locate your iPhone or AirPods for quite some time. But only now has the company opened things up to third-party providers, enabling you to track everyday things like bicycles and not just your tablet or watch.

Until now, the Find My app was essentially useless if you wanted help finding any smart device that wasn't made by Apple. But the bikes of a Dutch manufacturer are now among the first devices from beyond Apple's infamous "walled garden" to be recognised in the app.

Apple's Find My service was first introduced in 2010 as the Find my iPhone app to locate lost or stolen devices. Later, the service was expanded to include a location function for friends ("Find my Friends").

As of iOS 13, the two services have been merged into the "Find My" app, allowing users to locate their Mac computer, iPad, Apple Watch or AirPods headphones on a digital map.

"For more than a decade, our customers have relied on Find My to locate their missing or stolen Apple devices, all while protecting their privacy," said Apple's Bob Borchers.

Among the new devices that can now be tracked are the Chipolo One key fobs. However, Apple's April 7 announcement fell short of confirming the company's long-awaited entry into the segment of smart key fobs for tracking.

Samsung, meanwhile, has been offering such fobs with its latest Galaxy phones to enable precise tracking of any object.

Industry experts see the expansion of Apple's tracking service as a clever move to counter accusations that it is sealing off its own products from working well with rival brands. – dpa 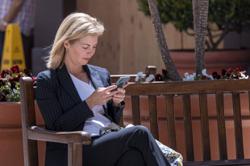