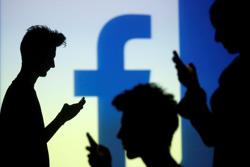 In the first Pew survey on TikTok, 21 percent of all adults -- including 48 percent of those under 30 -- said they had used the Chinese-owned video app which has come under national security scrutiny. — AFP Relaxnews

Facebook usage has held steady in the United States despite a string of controversies about the leading social network, even as younger users tap into rival platforms such as TikTok, a survey showed on April 7.

The Pew Research Center survey from early 2021 found 69% of American adults use Facebook, and 72% used at least one social media site, levels which have been stable for the past five years.

"While there has been much written about Americans' changing relationship with Facebook, its users remain quite active on the platform," the researchers wrote.

The report suggests Facebook's US usage has weathered a spate of controversies in recent years including the Cambridge Analytica scandal in the 2016 election, which involved the accessing of the personal data of millions of users without their consent, and concerns over disinformation and privacy.

Even with Facebook usage steady, the report showed a varied social media landscape with growth in Snapchat, Facebook-owned Instagram and TikTok among those under 30, and broad use of the Google-owned video-sharing platform YouTube.

In the first Pew survey on TikTok, 21% of all adults – including 48% of those under 30 – said they had used the Chinese-owned video app which has come under national security scrutiny.

Among younger adults age 18-29, Instagram was massively popular at 71%, along with Snapchat (65%). Facebook usage in this age group was in line with the general population at 70%.

Twitter, which has struggled to expand beyond its core base, was used by 23% of Americans including 42% of the under-30 age group.

Nextdoor, the social network focused on local communities, was used by 13% of adults, according to Pew's first survey on the platform.

Reddit, the online bulletin board at the center of a controversy over stock-trading forums, saw its usage rise to 18% of adults from 11% in 2019, according to the survey.

The findings were based on a survey of 1,502 US adults from Jan 25 to Feb 8 by cellphone and landline phone, with an estimated margin of error of 2.9 percentage points. – AFP Relaxnews

Russia fines TikTok over calls for minors to join protests 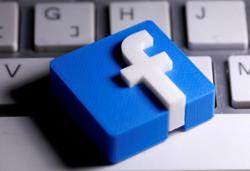