Tech companies are setting the most ambitious net-zero goals 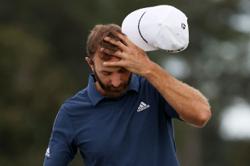 Apple Inc, Microsoft Corp, Amazon.com Inc and Facebook Inc have announced plans to reduce their emissions to net zero by 2050, while Google claims to have has already achieved the target. — AFP

Of the 10 largest US companies by market value, only four have announced plans to reduce their emissions to net zero by 2050. As it turns out, they all happen to be technology companies: Apple Inc, Microsoft Corp, Amazon.com Inc and Facebook Inc. Alphabet Inc’s Google claims to have has already achieved the target, saying it’s been fully offsetting its emissions since 2007.

The other five companies in the Big 10, JPMorgan Chase & Co, Johnson & Johnson, Walmart Inc, Mastercard Inc and Bank of America Corp, all pledge to fully offset their Scope 1 and Scope 2 emissions (which come directly from their own operations), but not their Scope 3 emissions (those emitted by suppliers and users of their products).

BloombergNEF has rolled out a new research tool showing which of the 400 biggest corporations in heavy-emitting industries have declared a net-zero emissions target and which haven’t. Scores are assigned based on how substantial those corporate goals truly are. Microsoft, for example, ranked the highest among the 10 biggest US companies, while Johnson & Johnson was the lowest.

“The strongest net-zero targets, like the one set by Microsoft, go beyond a company’s own operations and address its broader impacts on climate and society,” said Kyle Harrison, a BNEF analyst who focuses on corporate sustainability. “These targets also have ambitious, quantifiable interim targets, which instill confidence in investors and other stakeholders.”

Of the 400 companies in the BNEF net-zero tool, AstraZeneca Plc had the highest score at the end of March. The pharmaceutical company has pledged to “go carbon-negative across its entire value chain” and set a series of targets to help guide strategy and achieve its goals in 2030, Harrison said.

Here is how the scoring works: Companies are graded on 13 different metrics related to their stated net-zero goal, ultimately receiving a mark between zero and 10. Companies are analysed specifically on the ambition and legitimacy of their announced targets, Harrison said.

The companies that score the highest are those that are addressing emissions across their entire business (Scope 1, 2 and 3 emissions), Harrison said. Companies that set interim goals, have target years prior to 2050 or pledge to go beyond zero, setting a carbon-negative target or equivalent, also earn high marks, he said.

Of course promising to achieve net-zero targets is one thing; actually doing it is quite another. And the way in which many companies seek to achieve these goals-by purchasing carbon offsets-is increasingly being seen as yet another form of greenwashing.

The challenge ahead is enormous. Together, the 10 biggest US companies will need to have reduced or offset their combined annual emissions by 129 million tons of carbon-dioxide (or the equivalent) by 2050. To put that number in perspective, that’s equal to the annual emissions of the Philippines, Harrison said.

The hurdle is much higher for fossil-fuel companies, since they’re in the business of selling products that, when used as intended, accelerate global warming. The 18 largest oil companies that have net-zero goals will have to lower their collective emissions by 3.3 billion tons annually in 2050 to achieve their commitments, according to BNEF estimates.

No group of companies faces a more daunting task to hit their net-zero targets than oil and gas producers that include full Scope 3 emissions in their goals, Harrison said. Royal Dutch Shell Plc, Eni SpA, Equinor ASA and Repsol SA are among the European majors that have set such objectives, while Occidental Petroleum Corp is the only US major with such a target. – Bloomberg