In 2020, Netflix estimates its carbon footprint was 1.13 million metric tons, down slightly from 1.31 million the year prior (mostly due to delayed content productions during the Covid-19 pandemic). — AFP

LOS ANGELES: Netflix says it has a plan to hit net zero greenhouse gas emissions by the end of 2022, with a big part of the streaming giant’s efforts aimed at operating more eco-friendly film and TV productions.

The “Net Zero + Nature” plan was outlined Tuesday in a blog post by Emma Stewart, PhD, who joined Netflix as its first sustainability officer last fall. At Netflix, “we aspire to entertain the world,” she wrote. “But that requires a habitable world to entertain.”

In 2020, Netflix estimates its carbon footprint was 1.13 million metric tons, down slightly from 1.31 million the year prior (mostly due to delayed content productions during the Covid-19 pandemic). Roughly 50% of that was generated by the physical production of Netflix films and series, including third-party projects licensed as Netflix-branded originals. Another 45% came from corporate operations (e.g. office space) and purchased goods (like marketing spend) and 5% was attributed to Internet cloud providers like Amazon Web Services and Netflix's Open Connect content delivery network.

By 2030, Netflix is aiming to reduce direct and indirect greenhouse gas emissions (Scope 1 and 2 emissions) by 45%, in line with the guidance from the Science Based Targets Initiative, a partnership among CDP, the U.N. Global Compact, World Resources Institute (WRI) and the World Wide Fund for Nature (WWF).

In the near term, Netflix is investing most of its efforts into cutting emissions for film and TV productions through practices that it hopes will influence the larger industry. Some of those strategies include using local crews instead of flying in teams; using electric vehicles instead of gas-powered ones; using more LED lighting; and reducing on-set diesel generators.

Note that excluded from Netflix’s estimate are greenhouse gases generated by the devices that its more than 200 members globally use to access the service as well as the equipment ISPs use to deliver the streaming content. Stewart said that’s because “Internet service providers and device manufacturers have operational control over the design and manufacturing of their equipment, so ideally account for those emissions themselves”.

That said, Netflix joined a research effort called DIMPACT that is establishing consensus on how to measure the footprint of streaming and other internet uses. The project is led by the University of Bristol, where researchers have built a calculator tool used to validate Netflix’s own estimate that watching one hour of streaming in 2020 would have produced well under 100g of carbon dioxide equivalent (akin to driving a gas-powered car a quarter mile).

“By better understanding the footprint of streaming, our industries can better reduce it,” Stewart wrote.

Stewart also touted Netflix’s ability to highlight the sustainability in its originals. About 100 million households have tuned in to Our Planet, an award-winning docuseries narrated by David Attenborough, since its April 2019 release. She also called out nature documentary feature My Octopus Teacher, which nabbed a 2021 Oscar nomination.

“Netflix’s sustainability strategy is music to our ears,” commented Christiana Figueres, co-architect of the U.N. Paris Agreement and co-founder of Global Optimism. “We are delighted to see Netflix apply the same positive disruption to sustainability that they’ve applied in their business, upping the ambition for achieving near-term net zero targets and harnessing its superpower of storytelling to educate and entertain citizens.”

Netflix consulted with more than 60 experts to develop the sustainability strategy, according to Stewart. The company has joined America Is All In, a consortium committed to execute against the Paris Agreement’s goal to limit global warming to 1.5°C, and the UN’s Business Ambition for 1.5°C group of companies.

Stewart joined Netflix full time in October 2020, after advising the company as head of the high-tech practice of consulting firm ENGIE Impact. Previously, Stewart was director of urban efficiency and climate effort at think tank World Resources Institute. Before that, she was head of sustainability solutions at Autodesk where she was part of a team that developed the world's first science-based climate target methodology. – Variety/Reuters 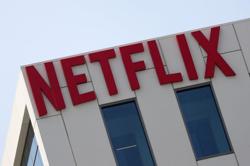