COLCHESTER, England: Sixteen years after losing his right arm in a car crash, a trainee vicar from Colchester has had his prayers answered thanks to a bionic arm.

Now a father of three, 42-year-old Daniel Cant recalls the first time he was able to hug his children with two arms.

“They’ve never known me to have two limbs and to be able to come home... and just give that hug... there are no words,” Cant told Reuters. “The tears, the joy and absolute speechlessness.”

Following the crash and during a seven-month intense rehabilitation period, Cant had to learn how to walk again, but noticed how restrictive everyday activities were living with one arm.

It was his six-year-old son Aaron who made the discovery online that would transform his father’s life.

“One morning we heard Aaron shouting from downstairs... he was very jubilant. On investigating we found him sat on the sofa with his tablet and (he) said ‘I’ve found it, I’ve found it’,” said Cant.

What Aaron had found was the bionic ‘Hero Arm’ from British company Open Bionics.

The prosthetic Hero Arm uses myoelectric sensors which detect underlying muscular contractions generated from specific muscle groups in the arm. These are then amplified and converted to intuitive and proportional bionic hand movements.

Within hours of his first fitting, Cant transitioned from living with no right arm for over a decade, to being able to throw a ball and write his name.

“It basically picks up signals from the limb difference, so the amputation stump. To operate the hand we make two movements which is the opening and closing of the wrist and then to change different settings we have a button that we press,” Cant said.

“Literally within our first meeting, within half an hour of just placing the electrodes and sensors on there was function. The first time I was actually able to open and close a hand was incredible.”

Cant is now an assistant at Christ Church Parish in Colchester, Essex while training for the priesthood and hopes to be ordained later this year.

And being ‘bionic’ is something Cant says he’s slowly getting used to.

“I spent a lot of time hiding myself and having my arm behind my back when I’m talking to people, not wanting to draw attention. But bionics and being bionic, I’ve been dubbed ‘the bionic Rev’, I believe it’s the most empowering language I’ve seen around disability.” – Reuters

Out of my mind: Advances in brain tech spur calls for ‘neuro-rights’ 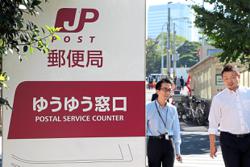