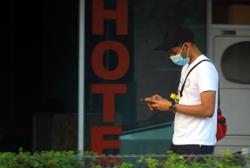 Zulkarnain said that collaborations and partnerships between multiple stakeholders were important in ensuring the safety of children online. — 123rf.com

KUALA LUMPUR: The Malaysian Communications and Multimedia Commission (MCMC) is looking into more areas to be included in its Child Online Protection (COP) awareness and educational modules, given that the age of Internet users is getting younger by the days.

Its chief regulatory officer Zulkarnain Mohd Yasin said that it is more important now than ever to focus on concerted efforts in digital and media literacy, and educating the public on positive and ethical Internet use.

“It’s important if we are serious in protecting our children from violence, exploitation, and abuse associated with digital technologies.

“Communication technologies will only grow by leaps and bounds... the same goes with the threats, be it emerging threats or the same old ones, the only foolproof way of dealing with these threats is if we are resilient enough,” he said in his opening remarks during the 2021 MCMC-UNICEF Seminar on COP, via Zoom today.

He said that in the meantime MCMC, through its internationally certified digital forensics infrastructure, was always ready to provide technical support to the police and other law enforcement agencies in criminal investigations, as they have done throughout the years.

“The Internet is here to stay and so are the risks. Though the threats continue to evolve, the core of its existence remains the same, which is to inflict harm.

“Nevertheless, while our desire is to protect, we have to ensure that the measures taken do not infringe on the child’s rights, as digital technologies contribute to the promotion, protection and fulfilment of children’s rights,” he said.

Zulkarnain said that collaborations and partnerships between multiple stakeholders were important in ensuring the safety of children online.

“Each of us has our own stakeholders or constituents that others may have constraints to reach, therefore collaborations and partnerships are critical in closing these gaps.

“At the same time, everyone has to rid themselves of the misconception that the government has a magic wand to solve every problem... each of us has a role to play in keeping our children safe: government agencies, industry players, parents and educators, members of the community, and even children and young people themselves,” he said.

She said that such applications may attract children as they have the relevant gadgets to access the website, and they may also be victims of online child sexual exploitation.

“However, the company had created new websites to carry on with their activities, and it is a known fact that groups like Sugarbook are creative and innovative, thus the government must find ways to stop these activities from flourishing,” she said.

Noor Aziah urged the government to establish a national data system to monitor Internet usage by children, including their category and age, as well as the percentage of risks and harms of them using the same.

“The government should find ways to overcome the risks and harms... they need to prioritise children, and collaborate and generate collective actions among the relevant ministries to prevent and address all forms of violence, abuse and exploitation of children online,” she said. – Bernama

Facebook, Google CEOs blasted in Congress over apps for kids 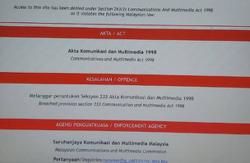 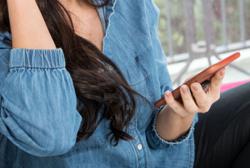