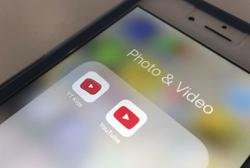 As schools closed and classes moved online during the pandemic, 72% of parents surveyed expressed increased concerns about their children's online safety. — 123rf.com

PETALING JAYA: A recent survey has revealed that 36% of Malaysian parents have children who encountered online scams in the last year, as schools closed and classes moved online during the pandemic.

Google user education and outreach manager Lucian Teo explained that these scam encounters resulted in mostly negative outcomes for the children, from having their accounts hijacked to being coerced into giving up sensitive information like credit card details.

He also said that 52% of parents believe their children tend to overshare online.

“We know that children do tend to share a lot of things online with their friends, and sometimes they share it publicly,” Teo said during an online session on Internet safety for children.

The survey also revealed that 72% of Malaysian parents with children attending lessons remotely have expressed increased concerns about online safety.

According to Teo, among the top concerns for 38% of parents are children receiving unwanted attention from strangers, seeing inappropriate content online and the risk of losing children's information or account to scammers.

“One problem we’re seeing among adolescents and older children is the use of the Internet unsupervised, leading to their participation in online discussions and forums which are inappropriate for their age.

“This gets them into discussions on companionship, relationships, and those which are sexual in nature, which has even led to physical molestation as they share private information or arrange for face-to-face encounters that risk their safety and the safety of their family members,” he said.

Mustaffa added that another risk is that the pandemic has increased the average screen time for children.

“We used to see an average of five to eight hours a day but now those numbers go up to as much as 12 hours a day. An extreme dependence on their device can lead to antisocial behaviour and children start to suffer in real life interactions,” he added.

To help their children stay safe online, Teo had some words of advice for parents.

“There are three key ways for parents to address these issues. First, protect their digital identities by helping them create strong passwords and stick to platforms that have a reputation for user safety. Second, know who they talk to. Social isolation is a difficult challenge of Covid-19 and our children connect with their friends online through messaging apps or while playing games online,” he explained.

“And third, offer age-appropriate content. We learned that 62% of Malaysian parents surveyed use family safety features to help guard their children from content that may not be suitable for their age – like turning on parental controls on YouTube Kids,” added Teo.

He also advised parents to encourage their kids not to reuse passwords, particularly those related to accounts that had previously been compromised, and to help them identify topics or conversations that are not appropriate for discussion online.

Meanwhile, Mustaffa recommended that parents set some ground rules about Internet usage at home, such as setting a cut-off time and defining which social media platforms are safe for browsing.

Other top safety tips for parents include having family conversations about interacting with strangers online and watching out for oversharing on open chat functions in games and social media.

The public are also encouraged to visit CyberSafe, a website by CyberSecurity Malaysia for practices and guidelines on Internet safety.

The findings are based on a online survey by the Google’s Trust Research team which was conducted from December 2020 to January 2021 involving 15 countries in Asia Pacific and South America region. Approximately 4,704 parents with children under the age of 18 were involved in the survey.