Will tech firm deal for Australia news be replicated globally?

After months of tense negotiation, the Australian government agreed to water down elements of the new law in exchange for Facebook and Google agreeing to payment deals with struggling local media firms – seen as a potential model for companies around the world. — Reuters

PARIS: Australia passed a groundbreaking law on Feb 25, forcing tech giants to pay for news shared on their networks.

After months of tense negotiation, the government agreed to water down elements of the new law in exchange for Facebook and Google agreeing to payment deals with struggling local media firms – seen as a potential model for companies around the world who have seen their advertising revenues decimated by the rise of Internet platforms.

Here is where the situation stands in other countries:

The British government announced a new Digital Markets Unit in November to introduce and enforce “a new code to govern the behaviour of platforms that currently dominate the market, such as Google and Facebook”. The unit is set to begin work in April. Though it will primarily look at tech firms’ use of data for advertising, it is also charged with finding ways to support news publishers, but it is not yet clear if this will involve direct fees to tech platforms, or how news publishers will be defined.

Canada appears keen to follow the Australian lead. Prime Minister Justin Trudeau discussed the issue directly with his Australian counterpart Scott Morrison by phone on Tuesday. His office said: “They agreed to continue coordinating efforts to address online harm and ensure the revenues of web giants are shared more fairly with creators and media.”

The EU is already on the path to gaining compensation for its media companies after introducing “neighbouring rights” in 2019, which call for payment for showing news content in Internet searches. Google strongly opposed the law, but has lately signed deals with newspapers and media groups in France to pay digital copyright payments based on viewing figures and the amount of information published.

The European Commission is also on the offensive with two new directives in the works – the Digital Services Act and Digital Markets Act – aimed at ensuring stricter control of illegal content and creating more transparency and choice for businesses operating online.

Australia’s neighbour has yet to comment on the situation. But local media bosses said Wednesday that they would press the issue with the government, which is currently seeking advice on the topic.

In the US, the debate on tech regulation is currently focused on the burning question of Section 230 of the Communications Decency Act 1996, which frees tech companies from any liability over inflammatory or dangerous content shared on their platforms, which President Joe Biden has expressed a desire to reform. But momentum is also growing behind a bill introduced by Democrats, the Journalism Competition and Preservation Act 2019, which would allow newspapers to form a collective bargaining group to negotiate with tech platforms. – AFP 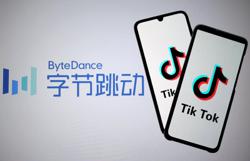