Commuters walk through ticket gates equipped with facial recognition systems at a metro station in Moscow, Russia. According to a tender on the government’s procurement website, authorities will purchase video surveillance cameras to be installed at 85 metro stations that will be able to auto-focus, shoot in high definition and recognise faces. — AFP

Russia’s capital Moscow in recent years has developed a vast network of some 100,000 facial recognition cameras, sparking concerns from activists over state surveillance.

Those concerns were heightened in the wake of protests in January and early February over the jailing of Kremlin critic Alexei Navalny, after demonstrators and activists claimed police had tracked down people present at the rallies using the facial recognition technology.

On Thursday, the Kommersant business daily reported that Moscow city officials have allocated another 932mil rubles (RM51.18mil) to expand that system.

According to a tender on the government’s procurement website, authorities will purchase video surveillance cameras to be installed at 85 metro stations that will be able to auto-focus, shoot in high definition and recognise faces.

They will also be able to track fast movements and spot loiterers.

A Moscow metro spokesman told the Interfax news agency Thursday that the new cameras would not be used to trace specific individuals.

Kommersant reported that the city’s metro system already had 5,000 working facial recognition cameras in the metro system in 2020.

Last year a Moscow court rejected a lawsuit by a prominent opposition activist who claimed the city’s facial recognition system was used illegally to identify her and her supporters without consent.

Earlier this month an unnamed law enforcement official told the state-run TASS news agency that facial recognition cameras were used to identify and detain regular protesters ahead of the rallies that broke out in support of Navalny this year.

In the wake of the protests that saw some 11,500 people detained and ahead of parliamentary polls this fall, Russia is moving to stifle dissent.

On Wednesday, Russian President Vladimir Putin signed off on a raft of bills ramping up fines for protesters and social media platforms. – AFP 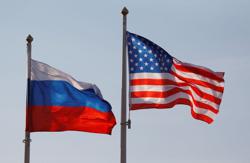 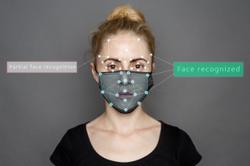