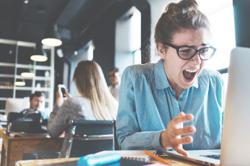 Vestager told the European Parliament’s economy committee that there could be scope for ‘investigating if it’s actually legal for a dominant provider to stop supplying’ services, adding that the EU ‘would have a number of tools to use’. — AFP

European Union Competition Commissioner Margrethe Vestager warned of potential antitrust action against Google or other US technology giants if they threaten to pull out of markets.

Vestager told the European Parliament’s economy committee on Tuesday that there could be scope for “investigating if it’s actually legal for a dominant provider to stop supplying” services, adding that the EU “would have a number of tools to use”.

Her comments follow controversy in Australia, where Google and Facebook Inc have been lobbying against a proposed law to require the search and social media companies to pay publishers for the value stories generate on their digital platforms

Google initially threatened to shut its search engine in the country before striking a deal with News Corp. Facebook had restricted news sharing on its site but ended its blackout earlier on Feb 23 after the government agreed to amend the legislation.

Google declined to comment on the latest warning by Vestager, who has fined it more than US$9bil (RM36.39bil) for antitrust breaches.

Meanwhile, it confirmed a report by Reuters that it had received antitrust objections from French regulators over its alleged non-compliance with an order to pay publishers for news snippets.

Alphabet Inc-owned Google said it would review the statement of objections and “will work closely with the French competition authority”.

The French competition authority didn’t immediately respond to a request for comment outside of usual business hours. – Bloomberg 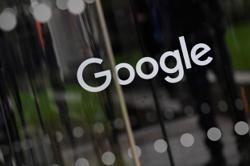 Study: French Internet users hate online ads the most
Mars rover Perseverance goes for a 'spin'
Twitter's Dorsey auctions first ever tweet as digital memorabilia
Antivirus software pioneer McAfee charged by U.S. with cryptocurrency fraud
Third of young people show signs of phone addiction regardless of use
Exclusive: U.S. agency probes Facebook for 'systemic' racial bias in hiring, promotions - attorneys
Why is nobody following me on Instagram?
’The Pedestrian’: Were traffic signs always this much fun?
More than 20,000 U.S. organizations compromised through Microsoft flaw - source
Main Volkswagen brand speeds up shift to electric