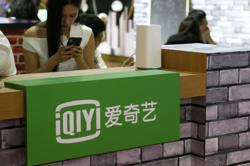 China is now home to 940 million Internet users, a population larger than than that of Europe and nearly triple that of the US, according to recently released data. More than 99% of those users access the Web via mobile, meaning that self-media accounts have become increasingly important information outlets. — AP

LOS ANGELES: China has this week imposed its tightest restrictions to date on the publication of original content online via short video and “self-media” accounts, in the latest escalation of its ongoing crackdown on public discourse.

The country’s Internet watchdog, the Cyberspace Administration of China (CAC), has issued new regulations requiring bloggers, influencers and content creators on public social media accounts, known as “self-media”, to possess a government-issued credential in order to publish anything on a host of topics, which came into effect on Feb 22. Other social media categories such as trending charts, hot search lists, push notifications and short video platforms will also be impacted. The CAC did not, however, provide detail on what kind of punishment will be doled out for violators.

The new rules are the first change to the country’s policies on the matter since 2017. That year, China technically issued regulations that required anyone writing about political and military issues to be officially credentialed, but enforcement was spotty and lax. That is now set to change with this new revision, even as the range of what must be approved has broadened.

This latest crackdown appears to have its roots in Chinese officials’ concern about the role “self-media” accounts and online-only outlets played in spreading information about the coronavirus pandemic. In its explanation of its new measures, the CAC specifically singled out these sources for having “maliciously creating rumours” and “severely impacted the stability and harmony of society” in the early days of the pandemic.

In December, officials sentenced citizen journalist Zhang Zhan, who livestreamed from the pandemic epicenter of Wuhan in the outbreak’s earliest days, to four years in prison.

At a press conference in late January that paved the way for these new rules, officials trumpeted the need to “strengthen order in online publishing”. CAC head Zhuang Rongwen said that his organisation should see the regulation of self-media as “a preeminently important mission”, and must “give our regulators teeth and violators a long memory”.

China is now home to 940 million Internet users, a population larger than than that of Europe and nearly triple that of the US, according to recently released data from the China Internet Network Information Center. More than 99% of those users access the Web via mobile, meaning that self-media accounts have become increasingly important information outlets.

Analysts say that the new policy revision even puts creators who actively try not to be provocative and to work within the bounds of censorship in the crosshairs. They expect it to hobble independent reporting while boosting the reach of government-approved narratives.

The rules were decided to “standardise and steer public accounts and information service platforms to be more self aware in maintaining the correct direction of public opinion”, the CAC said.

To this end, China’s various privately held online media giants have put out their own notices to users explaining more specifics of how the directive will be implemented, since the companies themselves are responsible for policing and enforcement.

News and blog platform Sohu told users that those without the right credentials could not publish or even repost any breaking news or commentary on current affairs. Other off-limits topics include “articles and commentary on politics, economics, military affairs, diplomatic and public affairs”, as well as “taking out of context and distorting the content of Party and national history” and even any “breaking news and commentary”. Baidu issued a similar statement. Weibo CEO Wang Gaofei said in a comment online that credential-less users could discuss news originating from official sources, but could not publish news themselves.

Online clean-up campaigns occur regularly in China. Last July, the CAC led a three-month campaign to closely monitor self-media. On Feb 4, it launched a month-long special censorship campaign “to create a happy, festival, healthy and peaceful online atmosphere for Chinese New Year”, a goal it said was particularly important due to this year’s 100th anniversary of the founding of the ruling Communist Party. It comes just ahead of the country’s key parliamentary meetings on March 4, a period when Internet censorship is typically at its tightest.

Besides the usual push to “clean up illegal and unhealthy information”, the bureau said it would seek to “strictly regulate the behaviour of celebrity hosts on livestreaming and short video platforms” and urge them to “conform to mainstream social values” approved by the party. It would also address “unhealthy online social behaviours” like cyberbullying. – Variety/Reuters 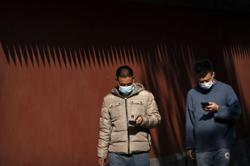