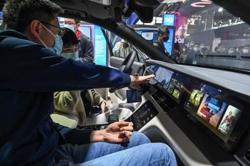 Huawei is rolling out a refreshed version of its MateBook D 14 2020 Intel Edition, which now comes with a faster Intel processor and improved features.

It is equipped with a 14in IPS screen, with a near frameless look due to its ultra thin 4.8mm bezels. The screen comes in 1920 x 1080 resolution with a 178° viewing angle for more comfortable use from different angles.

Another design cue is its sleek metallic look, being only 15.9mm thick and weighing in at just 1.38kg.

Working on the move is also made easier by its 56Wh battery, as this workhorse is claimed to run for 13 hours of regular day-to-day office use on a single full charge.

Additionally, Huawei claims its USB-C charger can refill the laptop’s lithium polymer battery to almost 50% on a half-hour charge. The USB-C charger also does double duty by charging most newer smartphones, saving users from lugging around a second charger.

As part of the Huawei ecosystem, the Matebook D 14 can mirror screens from compatible smartphones with Huawei Share, which enables users to project a virtual version of their phone on to the laptop. This feature allows users to transfer files instantly between the two devices just by dragging and dropping them, and even use the laptop to control smartphone apps to perform various tasks like replying texts, answering calls or playing games.

Those concerned about security will be pleased to know that the Matebook 14 D includes privacy protecting features such as a fingerprint scanner built into the power button, which uses a separate security chipset to secure your privacy and data.

The laptop’s privacy considerations also extend to its one-megapixel web camera, which is recessed into the keyboard and can be quickly accessed by pressing on it to make it pop-up.

It will be available in two colours – Space Grey and Mystic Silver – priced at RM3,399. It also comes with a free Huawei Bluetooth mouse, worth RM249, while stocks last. 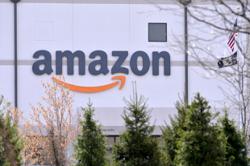