Live streaming on social networks is a genuine trend that shows no sign of slowing down. Instagram intends to further develop its product by offering the ability of live streams featuring several people.

Instagram's boss has even demonstrated how it could work during an interview on YouTube. Creators will soon be able to perform live streams with up to four people.

This new option could be launched in the coming weeks.The idea is not totally new. Instagram had already launched a test in India in Dec 2020 that allowed users to try live streams on the platform with multiple participants.

A test that apparently bore fruit since the platform has decided to offer this option to other countries. It was during an interview on Lilly Singh's YouTube show "A Little Late" that Instagram's CEO Adam Mosseri announced the launch of this new feature in the coming weeks:

"We have been working on live groups -- finally... We're releasing the ability to go live with more than one other person, so with up to four other people, in the next couple of weeks, which we're really excited about," he said.

While Mosseri evoked the possibility of doing live shows with "four other people," the test conducted during the interview only showed a total of four people live.

For the moment, Instagram users can only perform live shows with one other person at any one time. This option could allow Instagram to stand out since no other platform offers the ability to do live streams with several participants at the same time.

Given the health crisis and the cancellation of in-person events, live shows and events on the web have taken off.

Faced with the necessity of social distancing, live virtual events have allowed internet users to maintain connections, and to feel less alone. Instagram could make the most of this trend, which is not abating.

Doing the same live event as a group with others could also allow users to feel less intimidated and thus prompt them to use this feature more, creating more engagement on the platform.

Since the rise of TikTok, Instagram has been constantly innovating and changing in an attempt to lure back large numbers of web users. — AFP/Relaxnews 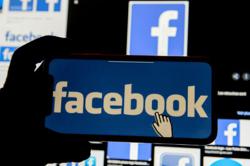