In Nevada desert, a US technology firm aims to be a government CARSON CITY, Nevada: In the Nevada desert, a cryptocurrency magnate hopes to turn dreams of a futuristic “smart city” into reality. To do that, he’s asking the state to let companies like his form local governments on land they own, which would grant them power over everything from schools to law enforcement.

Jeffrey Berns, CEO of Nevada-based Blockchains LLC, envisions a city where people not only purchase goods and services with digital currency but also log their entire online footprint – financial statements, medical records and personal data – on blockchain. Blockchain is a digital ledger known mostly for recording cryptocurrency transactions but also has been adopted by some local governments for everything from documenting marriage licenses to facilitating elections.

The company wants to break ground by 2022 in rural Storey County, 12 miles (19 kilometers) east of Reno. It’s proposing to build 15,000 homes and 33 million square feet (three million square meters) of commercial and industrial space within 75 years. Berns, whose idea is the basis for draft legislation that some lawmakers saw behind closed doors last week, said traditional government doesn’t offer enough flexibility to create a community where people can invent new uses for this technology.

“There’s got to be a place somewhere on this planet where people are willing to just start from scratch and say, ‘We’re not going to do things this way just because it’s the way we’ve done it’,” Berns said.

He wants Nevada to change its laws to allow “innovation zones”, where companies would have powers like those of a county government, including creating court systems, imposing taxes and building infrastructure while making land and water management decisions.

The prospect has been met with intrigue and scepticism from Nevada lawmakers, though the legislation has yet to be formally filed or discussed in public hearings. Most in the Democratic-controlled Legislature are eager to diversify Nevada's tourism-dependent economy, but many fear backlash against business incentives as they struggle to fund health care and education.

This proposal differs from the big tax rebates they have grown wary of offering, like the US$1.3bil (RM5.24bil) given to Tesla to build its northern Nevada battery factory or the billions New York and Virginia offered Amazon to build new corporate headquarters.

But it raises deeper issues about increasing tech companies’ grip on everyday life at a time when antitrust regulators and Democrats in Congress allege tech giants like Facebook and Google are controlling markets and endangering people’s privacy.

Blockchains LLC and so-called innovation zones were a key part of Gov. Steve Sisolak’s January State of the State address, when he outlined plans to rebuild a more diversified economy after the coronavirus pandemic. The proposal raises deeper issues about increasing tech companies’ grip on everyday life at a time when antitrust regulators and Democrats in Congress allege tech giants like Facebook and Google are controlling markets and endangering people’s privacy.

Sisolak, whose campaign and affiliated political action committee received a combined US$60,000 (RM242,160) from the company, said the proposal would transform Nevada into “the epicenter of this emerging industry and create the high-paying jobs and revenue that go with it”.

The governor’s office declined to comment further on innovation zones. But with Sisolak’s backing, the idea could garner serious consideration in the Legislature.

“I don’t know enough yet to say whether I’m comfortable with this as the next step or not. But, look, it’s a big idea and Nevada has been built on big ideas, so let’s hear it out,” said state Sen. Ben Kieckhefer, a Republican who sponsored blockchain-related legislation in 2017 and 2019.

If lawmakers back the proposal, technology companies with 50,000 acres of land (200 square kilometers) that promise a US$1bil (RM4.03bil) investment could create zones governed by three people like county commissioners. The draft legislation says two of them initially would be from the company itself.

In Storey County, which is home to Tesla’s factory, officials are waiting for more information before offering opinions but say questions still need to be answered.

Commissioner Lance Gilman, who owns the Mustang Ranch brothel and bought most of the county’s land to turn it into an industrial park decades ago, has supported luring technology companies to the area and growing its population. But Gilman, who worked in marketing for Blockchains LLC from 2018 to 2019, said there are many unknowns about ceding control to a new jurisdiction that falls within county borders.

“(The bill) wants the host county to let it form, become successful, not pay them very much money, and eventually let them take over the whole county and all the operations, if it becomes successful,” Gilman said. “If it doesn’t become successful, who becomes responsible for all the stuff that was built in the meantime?”

The county’s master plan doesn’t permit residential development in the Tahoe-Reno Industrial Center, where most of Blockchain LLC’s property lies, but it allows for 3,500 homes in Painted Rock, a subsection of the company's 67,000 acres (271 square kilometers).

Berns said officials told him in an informal discussion two years ago that they weren’t interested in zoning for more homes, a meeting that former County Manager Pat Whitten confirmed. Berns understands that elected leaders in Storey County may not want an experimental city in their backyard but believes the idea should be a state decision because of its potential to “singularly define Nevada going forward”.

The former consumer protection attorney said the idea was born from how he sees government as an unnecessary middleman between people and ideas.

“For us to be able to take risks and be limber, nimble and figure things out like you do when you’re designing new products, that’s not how government works. So why not let us just create a government that lets us do those things?” Berns said. – AP/Report for America 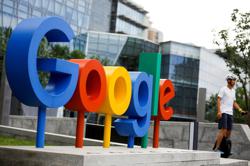 Gen Z’s preference for gaming over video as entertainment worries Hollywood
Why it’s misleading to say ‘Apple Music pays twice as much per stream as Spotify’
Renesas says to restore full capacity at fire-damaged chip plant by end-May
The 'metaverse' bet: crypto-rich investors snap up virtual real estate
Toyota says it will introduce 15 BEVs, expand electric lineup by 2025
The quality of your coffee may soon be determined by a robot
Grab to stay focused on South-East Asian markets
Baidu expects to supply self-driving system to 1 million cars in 3-5 years
After child dies, US regulator warns about Peloton treadmill
EU urged to ban ‘discriminatory’ AI tools that detect gender or sexuality