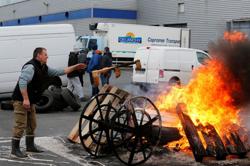 Convinced that paedophilia is on the rise in the Netherlands, groups of vigilantes have turned to tricking suspects into meetings, where the accused might face violence, extortion or arrest. — dpa

AMSTERDAM: The shock was great when Jan, a 73-year-old retired teacher, was beaten half to death near his home in the Dutch town of Arnheim. It only grew when he died in hospital shortly after, with flowers mounting at his door as neighbours marked a moment of silence.

It didn’t take long for a gang of six people accused of the crime to be rounded up. The youngest was 15 years old.

They were self-declared paedophile hunters.

By their own account, they were sure that the pensioner was a paedophile after they set a trap for him. They set up a fake profile for a minor in a chat room for homosexuals and then waited for someone to attempt to make contact with the fake individual.

When contact was made, the mark set a time to meet for sex.

But it was the gang who showed up for the appointment. They said they told him off. But for Jan, the confrontation had a deadly ending.

It’s no isolated case. Such groups of paedophile hunters are becomingly shockingly commonplace in the Netherlands. Police registered 250 such cases between July and September 2020.

“That is absolutely a lot,” says Simen Klok, a police spokesperson for forces in the east. “It’s getting out of control.”

Just in the last few weeks, police have recorded three cases. Again and again, men who are allegedly interested in sex with minors are lured to a spot and then abused. It's believed the actual number of such cases is much higher, since so many victims of such attacks are too ashamed or scared of retaliation to report the incident.

There are reasons for this turn to vigilante law.

Anger spiked after reports of a paedophile party in August 2020, explains Klok. That rage has only been fanned by conspiracy theories of an elite preying on children for satanic rituals.

“On top of that, people have more time during the coronavirus pandemic and are getting bored,” he adds.

Jamil Roethof, who is defending one of the accused Arnheim attackers, agrees: “The idea of starting a hunt for paedophiles was prompted by boredom.”

Some such groups have thousands of followers; their videos have been shared online tens of thousands of times.

They say they are motivated by a desire to protect children.

“We are concerned about the kids,” says Max Wijnen, 27, who is active in a group based near Amsterdam. “People like this can ruin the life of child. You leave children alone,” says the man, an accountant and father himself, in an interview with Amsterdam newspaper Het Parool.

People like Wijnen will pose as 14-year-old girls on chat sites and try to lure men into sexually suggestive chats. They pounce as soon as they get someone to agree to a meeting.

YouTube posts show how such hunts go. Men, often in military garb, surround their target and often begin screaming at him. Some targets are put straight into strangleholds. Sometimes other forms of violence are employed. The “hunters” talk loudly about their right to detain criminals. Sometimes they call the police.

It’s all filmed and put online, often with the full name and address of the alleged perpetrator. The men who are targeted in the video might then find out that the group who confronted them have called their employers, their friends, their families and their neighbours.

“When we confront a paedophile, then I tell him he’s going to be a celebrity tomorrow,” says Wijnen. “We make sure that their freedoms are limited.”

The videos are the modern form of being put in stocks, with people suspected of paedophilia enduring punishment without proof, much less their day in court. Whatever people like Wijnen think, an interest in paedophilia is not a crime; it only becomes criminal in the moment when an adult has sexual relations with a minor or consumes content that involves the abuse of children.

“Because of digitalisation, these groups can work much faster,” says Klok. “They can meet up with people who feel the same as them from all over the country and lure other men into traps.”

The targets are often easy prey, facing threats or extortion in exchange for the attackers’ silence.

Three men were recently sentenced to up to three years each for abusing an older man and blackmailing him. They had gone online as “Suzan” and arranged a meeting.

But police say this kind of thing can’t go on.

“The majority of them open themselves up for prosecution because they want to take justice into their own hands,” says Klok. On top of that, it’s not legal to try to tempt someone into committing a crime. The evidence these groups collect is often inadmissible in court.

Police and attorneys have called for the hunts to end.

“We have to draw a strict line here,” says prosecutor John Lucas. “If you have serious suspicions, then you need to call the police.” – dpa 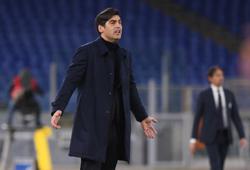 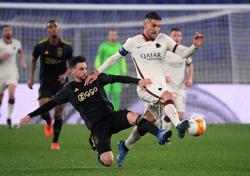