Vacuum robots are a dream come true, but they can’t work miracles

Household robots can certainly be helpful with chores, but don’t expect them to be able to get the job done on their own. — dpa

It sounds almost too good to be true: While you’re busy helping the children with their homework or taking a nap, a robot vacuum is busily clearing away crumbs and piles of dust, wielding its brushes and rollers in every corner of the apartment.

But can this automated helper really replace your weekly cleaning routine?

”Most robot vacuums manage a basic cleaning of the floor, but many models do not reach into the corners, ” says Anne Kliem, who recently tested various robot vacuum cleaners for German consumer organisation Stiftung Warentest.

In addition, not every robot fits underneath cupboards, beds and sofas.

“Buyers should measure the space below their furniture before purchasing a robot, to make sure that it can reach below, ” says Markus Nohe, product expert at Tuev Sued, a Munich-based technical inspection association.

Most robot vacuums are either great at cleaning carpet or hard surfaces, but not both, testers for Stiftung Warentest found.

Especially more affordable models have problems on one of the surfaces.

”For carpeted floors, the device must have a brush that penetrates deep into the pile, ” Kliem explains. Otherwise the dirt is only removed superficially.

”On hard floors, the lateral brushes shouldn’t rotate too fast, otherwise the dirt will be pushed away, ” Kliem adds.

Robot vacuums have sensors which allow them to find their way around the room and detect obstacles. Navigation often takes place via lasers or cameras.

But even this has its weak points: “Laser models are easily confused by reflective surfaces - cameras struggle with orientation in poor lighting conditions, ” explains Nohe.

If you don’t want to tidy up every time before sending the little helper on its mission, you are therefore best advised to avoid a mess in the first place.

”The fewer items on the floor, the faster the cleaning process becomes overall, ” Kliem says.

Socks strewn all over the place, yesterday’s newspaper laying around or small toys under the sofa: all of them can obstruct the vacuum process and cause malfunctioning.

However, the little robots are doing a better job in terms of the frequency than we are. While humans usually only vacuum once or twice a week (if they are eager), your robot can be set to do daily cleans while you’re out of the house.

You’ll probably want to be there while it cleans, however, at least for the first few runs, just to make sure it doesn’t strangle itself on a phone charger or knock over something delicate.

If the battery is low, most new devices will automatically return to the charging station. Once recharged, some of them even continue vacuuming exactly in the spot where they left off.

This is only relevant for homes with a large surface area on one floor, and the battery will likely easily manage one or even two sweeps of a smaller apartment.

You also shouldn’t expect them to be zero-maintenance and in most models you’ll regularly need to empty out the dust tray, as well as wipe dust off the sensors and clean the filter.

Robots have also long made their appearance as a garden helper.

Different to robot vacuums, robotic lawn mowers neither use lasers nor camera but collision sensors.

”As a rule, they choose their paths randomly and change direction when they bump into something. Ultrasound is also used in some cases, ” Kliem says.

High-priced models are equipped with a GPS system to make them easier to find on large properties and protect them from theft.

According to Stiftung Warentest, the lawn area should be at least 100 square metres to make the purchase worthwhile. The robotic mower also prefers level ground and at most slight inclines to work well.

Another perk: robotic mowers never need to be emptied. They only cut short pieces off the blades and drop the grass clippings as fertiliser. Mulching prevents the lawn from forming moss and becoming matted. – dpa 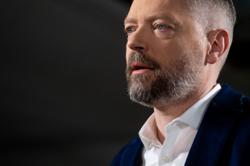