By Till Simon Nagel At CES, the impact of the pandemic can clearly be seen on a new generation of laptops boasting features catering to those working from home. — Photo: HP/dpa

Millions of office workers were caught off guard in early 2020. Before then, a laptop to switch between office and remote work was an unnecessary luxury.

Those that did have a laptop in the office often had a poor webcam or sometimes none at all. The hinges creaked, the battery was weak and the sound and microphone quality made video chats agony.

What was once a passable laptop before the pandemic, is now unusable in the era of remote working.

For manufacturers, this meant there were plenty of gaps to fill. A year into the pandemic, the technology for remote working or hybrid working solutions is much more capable, and the 2021 model generation should better meet the new needs of people working from home.

At least that’s what manufacturers from Asus to Acer, Dell, HP, Lenovo and LG are promising at this year’s CES, the world’s biggest online tech trade event.

Their business models give a glimpse of what could soon be standard in other device classes.

Video conferencing is the new normal in many office jobs. Manufacturers are taking this into account with bright and high-resolution webcams.

HP’s Envy 14, for example, lights up your screen to turn it into a kind of ring light so your face is well-lit in video conferences. The HP Elite Dragonfly G2 meanwhile has a webcam with five megapixels of resolution.

Lenovo’s Thinkpads of the X1 Carbon and Yoga series support Dolby Voice, a new audio technology that is supposed to make video conferences easier to understand and less tiring.

For this purpose, individual voices are better separated from each other by software or noise and echoes are suppressed. Other models rely on two or more microphones or develop loudspeaker solutions with well-known names such as Bang & Olufsen or Dolby.

In HP’s case, a technology called Dynamic Audio recognises whether you’re in a video conference or watching a film and adjusts the audio output accordingly. Using sound calibration, the computer can even adjust to the listening habits of individual people.

Easier to move around the home

Many of us who were forced to work from home this year will be familiar with how often we change positions in the home - from a bed to the kitchen table to the couch.

Perhaps you’ve been driven away by a partner on a loud call in the same room or playing children, or you’re fleeing kitchen smells.

This makes a particularly lightweight laptop even handier. With a starting weight of 990 to 1,250 grams, the number of laptops weighing close to the one-kilo mark is bigger than ever.

With this daily micro-mobility, however, the laptop’s various hardware components grow even more essential. After all, who has a desk, monitor, keyboard and mouse in more than one room?

The new generation of laptops only has a single USB-C cable there - enough to carry the image from the computer to the screen, but also power and data to the computer.

This eliminates the need to unplug several cables when you want to move from your desk to the kitchen table. If you already have a screen and keyboard, a USB-C dock will also do.

LG’s Gram notebooks meanwhile want to make it easier to use the laptop for longer periods with the help of larger keys. Small models in particular otherwise like to have smaller and more closely spaced keys.

Laptops are now providing more pixels in almost the same space, meaning less scrolling on the web and in software, simply because there is more vertical space.

Besides LG’s new Gram models, Dell with the Latitude 9420, HP with the Envy 14 and Lenovo with the Thinkpads X1 Titanium Yoga and X1 Carbon as well as the IdeaPad 5 Pro are also going the higher display route.

Lenovo’s ThinkBook Plus Gen2 also has a monochrome e-ink display on the top of the notebook lid. This allows many programs to be used in a power-saving way without opening the computer.

In addition to many convertible models that fold from laptop to tablet, there is another interesting concept with the HP Elite Folio.

On the 13.5-inch notebook with Qualcomm processor, the screen can be folded forward so you can draw on it with the included pen. The 180-degree hinge also allows the display to be completely folded down into tablet mode.

Back on the sofa again?

HP meanwhile is implementing AI in an unexpected place and is using sensors to work out things like when the computer can switch to economy mode.

Say you’re sitting back on the sofa with the laptop over your legs, the laptop will work out it’s being used this way and realise that full throttle will only make for a warm lap.

If the sensors and software then recognise that the laptop is lying flat on a steady surface and is connected to a keyboard, mouse, charger and screen, it’s time for full power.

Software in the background also detects when the computer is being picked up or taken out of a bag. That means the device is already booted up and is ready to go faster when you open it.

Lenovo’s device management software Vantage for Thinkpad and similar laptops will also receive new functions for better separation of private and professional use in the course of the year. – dpa 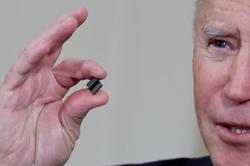 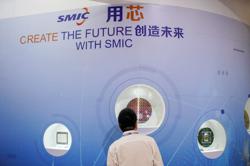