Raffi (left) was seen receiving his Covid-19 vaccine shot at the Merdeka Palace in Indonesia on Jan 13. Hours later, he was seen attending a social event without a mask on. — Reuters

Indonesian influencer Raffi Ahmad is facing major backlash after images and videos of him partying – a mere few hours after he received a priority Covid-19 vaccination – went viral on social media.

Raffi was seen partying with wife Nagita Slavina in an Instagram story photo posted by influencer Anya Geraldine, according to a report by CNN Indonesia.

Anya in her posting slammed Raffi’s actions by pointing out that he has seemingly stopped practising health measures after getting vaccinated.

The report also stated that Raffi and the other party guests seen in other postings had failed to adhere to some Covid-19 safety guidelines such as wearing masks and maintaining physical distancing. Police told CNN Indonesia that Raffi and others will be called up for investigation, including the organiser of the event that he attended.

Social media users who shared Anya’s post were also quick to criticise Raffi for failing to set a good example for his followers as he had been selected to receive priority Covid-19 vaccination due to his massive following. They mostly expressed disappointment over his actions while one Twitter user urged him to “do better”.

On Jan 13, Raffi and other influencers were among the first in Indonesia to get vaccinated alongside president Joko Widodo and almost 1.5 million healthcare workers. Indonesia has recorded more than 869,000 Covid-19 cases and 25,000 deaths.

The 33-year-old influencer, who is also an actor and singer, posted an apology video on Instagram on Jan 14. He claimed the event was held at a private property with safety protocols in place and that he took off his mask to eat.

He also reminded viewers to practice Covid-19 prevention measures and expressed gratitude at being selected to get priority vaccine. The video has received more than six million views.

Indonesia’s Health Ministry has expressed its regrets over Raffi’s actions in a Jan 15 report by CNN Indonesia, in which a spokesperson urged Raffi to continue observing health and safety protocols even though he had already received the vaccination. 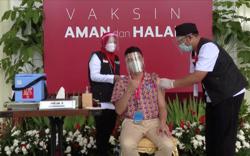 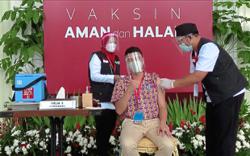