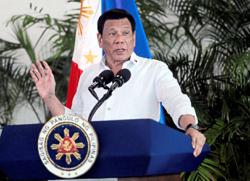 Foreign Affairs Minister Vivian Balakrishnan said the data would only be used for serious crimes. — AFP

Singapore’s government defended the use of contact tracing data in police investigations, as a senior lawmaker said information from the widely-adopted program has already been used once to assist in a murder case.

Speaking in parliament on Tuesday about the city-state’s TraceTogether program, Foreign Affairs Minister Vivian Balakrishnan said the data would only be used for serious crimes. If of no particular use it would be deleted, otherwise, he said, it would be produced in court and used for trial purposes.

"The police must be given the tools to bring criminals to justice and protect the safety and security of all Singaporeans.”

The disclosure adds to concerns over privacy issues in contact tracing programs designed to help contain the spread of the coronavirus. Efforts by many countries to use mobile apps have mostly stalled or have been abandoned amid dismal take-up rates and worries that the technology poses a threat to privacy rights.

Still, governments around the globe have implemented a range of unprecedented digital tracking and surveillance measures in response to Covid-19. Of the 120 contact tracing apps available in 71 countries as of October, 19 had no privacy policy at all, according to UK-based digital privacy and security research group Top10VPN.

TraceTogether is being used by 78% of Singapore’s population. According to its website, the program does not collect data about individual GPS locations, WiFi or mobile networks being used.

But a clause about data being only used to contact trace people exposed to the coronavirus was removed and replaced with a statement noting that police "can obtain any data, including TraceTogether data, for criminal investigations.”

On Monday, Desmond Tan, minister of state at the Ministry of Home Affairs, said that police were empowered under the criminal procedure code to obtain the data for criminal investigations, prompting criticisms.

"I think it is ill-advised that the government has not specifically ruled out the use of TraceTogether data for criminal investigations, as other countries like Australia have done,” Gerald Giam, a lawmaker for the opposition Workers’ Party, posted Monday on Facebook.

"If people suspect that their TraceTogether data is being used for anything other than contact tracing, this will surely lead to lower adoption and usage.”

Law and Home Affairs Minister K Shanmugam said during parliament on Tuesday while the program was of national importance in the fight against Covid-19, "the police approach has been and will be that it’s pretty much restricted to very serious offenses.”

"Let’s say there’s a murder” and pertinent information was available on TraceTogether, Shanmugam said. "If police chose not to seek that information, you can imagine how the victim’s family and indeed the rest of Singapore might react,” he said. "You could even argue that there can be judicial review application.”

The police can only ask for access to the data by requiring a person involved in or assisting a criminal investigation to produce either their smartphone or a physical token, Balakrishnan said.

Once the pandemic is over "and there is no longer a need for contact tracing, we will most happily and cheerfully stand the TT program down,” Balakrishnan said. – Bloomberg 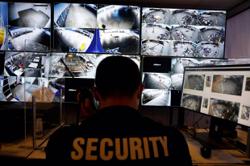 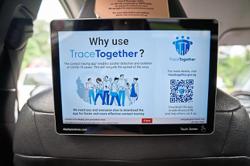