FarmVille is dead: Remembering the game everyone used to play on Facebook

It's the end of the line for the once-popular game FarmVille. — Screenshot from Facebook

Do you remember the last time you asked someone to water your crops on Facebook? FarmVille, the once-popular farming simulation game, is no longer playable.

Owner Zynga announced that it’s going away due to Adobe Flash being discontinued on Dec 31, 2020.

FarmVille was launched in Facebook in 2009, where users can start with an empty farm and perform actions to earn the in-game currency Farm Cash. Users need to check in on the farm frequently and make some moves or risk letting the crops die, which was why some users often sent out requests asking for help from others to maintain their farm. They could also earn in-game rewards through this socialising aspect.

According to Zynga, FarmVille was the top game by daily active users on Facebook from August 2009 to December 2010.

The New York Times reported that at its peak, FarmVille had 32 million daily active users and said the game helped transformed Facebook into a “time-eating destination”.

In Malaysia, the game was also a favourite among some users as they competed to see who could be the first to reach level 70, the highest level in the game. IT officer Danny Leong told The Star in 2010 that he spent 45 minutes on the game daily to manage his farm such as harvesting and replanting crops.

He believed the game was popular due to its simplicity: “For those who love to collect items and make new friends, I believe this game is for you,” he said.

However, FarmVille was also much criticised for its addictive nature, to the extent that some users ended up spending real currency to progress further in the game. Then, CBS News reported that in 2010, a 22-year-old woman shook her son to death after the child interrupted her while playing FarmVille.

Time magazine named FarmVille in its list of “50 Worst Inventions”, stating that the game is hardly even a game as it doesn’t require users to do more than just click around to plant and harvest crops.

There were mixed reactions to news about FarmVille’s death on social media with some users expressing relief while others said it made them remember how much time they used to spend on the game.

The spirit of FarmVille lives on in other Zynga games such as FarmVille 2: Tropic Escape which is available on mobile. 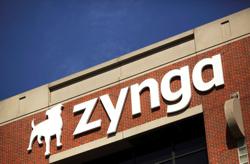