China’s second-biggest e-commerce player JD.com has apologised after a commercial produced by its finance affiliate was hammered on the Internet for being in bad taste and held up by many netizens as the latest example of over-aggressive marketing.

“We sincerely apologise. There is no excuse... it was completely wrong,” said the company in a statement on Thursday. “There is a problem with the orientation, culture and values... the operations team [in this instance] has blindly pursued performance, lost themselves and forgotten their responsibilities.”

The advert, produced by JD Finance and which went viral on TikTok’s Chinese version Douyin and Weibo, featured a scene on an aeroplane where a man with low income, worried about the well-being of his airsick prone mother, takes out an instant loan of 150,000 yuan (RM92,714) via JD Finance to upgrade her cabin seat.

Beijing-based JD.com said in a statement on Weibo that the company had set up a special investigation team to look into the incident and would conduct a comprehensive review to “find the problem at the root of the team’s culture” and hold people responsible.

The incident comes as China tightens regulation of online content deemed harmful, illegal or politically sensitive. The China Advertising Association (CAA) in June recommended content censorship and real-name user registration for livestreamed promotions. The Cyberspace Administration of China recently put responsibility for content not just on the websites that host it but also service providers and content producers.

In the heavily-criticised advert, the man – dressed as a typical migrant worker – is jeered by other passengers for asking a flight attendant to switch seats before being offered an upgrade. The man indicates he has only 23 yuan (RM14) in his e-wallet, at which point a fellow passenger grabs his smartphone and applies for a loan for him via JD Digits with a few clicks.

In an online backlash, netizens railed against the ad’s perceived insensitivity to low-income groups, with many also arguing that it was irresponsible to encourage such people to get into debt.

“The team responsible for producing it should all be fired,” wrote one person on Weibo, China’s Twitter like social media platform. “Don’t you need to pay it back? How do you expect migrant workers to pay?” said another user.

On Friday, state-owned media outlet Xinhua published an article criticising the advert for being based on “misconceptions” and as being “inferior and treacherous”. “[This is an example of a company] doing whatever it takes as long as it attracts traffic... [they] must be severely punished,” said the article.

This is not the first time that an advert has gone viral for the wrong reasons. In September, 360 Digitech apologised for an ad which featured a flight attendant demanding a man borrow money from the 360 finance service before agreeing to marry him. – South China Morning Post 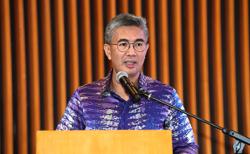 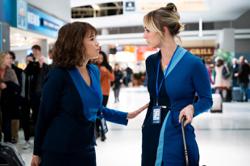