Workers at the GameStop in the United States said they had received little notice for the restock and that the crowds were both chaotic and a risk to their health. — Bloomberg

GameStop Corp employees across the United States were caught by surprise on Dec 12 when the video-game chain suddenly announced new shipments of the highly coveted PlayStation 5 and Xbox Series X consoles, sending customers flocking to stores.

Workers at the US retailer, speaking to Bloomberg and posting on social media, said they had received little notice for the restock and that the crowds were both chaotic and a risk to their health.

The latest generation devices from Sony Corp and Microsoft Corp have been in short supply since their release last month, leaving gamers everywhere eager for the latest restock. On Dec 12 afternoon, GameStop told customers that new inventory was arriving, but that it would only be available to pre-order in stores, not online, where scalpers have dominated digital queues. However, employees found out less than an hour before the public, according to GameStop staffers, which left them unprepared for the rush of customers.

Factory and logistical disruptions during the pandemic have hurt Microsoft and Sony’s ability to keep up with demand ahead of the holiday season. Both consoles sold out on the first day of their launch. The companies are releasing their consoles to more countries simultaneously than they have in the past, compounding the supply bottlenecks.

One GameStop manager on the East Coast shared an email from the company, sent just a few minutes before the public announcement, saying that their store would have about 15 new consoles available for pre-order. Minutes after the announcement, the manager said, the store had a crowd of about 40 people, violating social distancing requirements and overwhelming their clerks.

The rush occurred as GameStop is facing widespread staffing shortages as the retailer has asked stores across the country to cut hours, the manager said. GameStop, which has been struggling in recent years amid the widespread adoption of digital games, reported a disappointing third quarter last week, sending the stock falling as much as 22%. The retailer has shuttered almost 700 stores this year and will close more locations through 2022 while it continues to cut costs, although it expects to see a sales bump this quarter thanks to the new consoles.

On Reddit, GameStop employees are sharing similar complaints, telling stories of big lines and unruly crowds. A representative for GameStop didn’t immediately reply to a request for comment. – Bloomberg 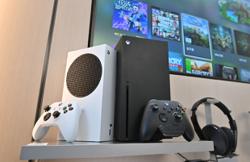