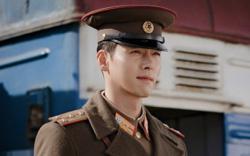 It was not known if the hackers succeeded in getting useful information. North Korea has coordinated attacks on the six companies since August, the people told Dow Jones. — Reuters

North Korean hackers have targeted at least six companies in the US, UK and South Korea working on coronavirus treatments since August, Dow Jones reports, citing unidentified people familiar with the matter.

It was not known if North Korean hackers succeeded in getting useful information. North Korea has coordinated attacks on the six companies since August, the people told Dow Jones.

A J&J spokesman told DJ the company remains vigilant against its data, while a Novavax spokeswoman said the company is aware of foreign threats.

Genexine told DJ it’s looking into the matter but found no evidence of a hacking attempt, while Astrazeneca declined to comment. – Bloomberg

YouTube to add link on Covid-19 vaccines to combat misinformation

Why can’t a generation that grew up online spot the ‘fake news’?

Facebook to block ads discouraging people from getting vaccines