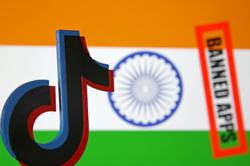 Demonstrators take part in a protest march against China near the Chinese Embassy in New Delhi on Oct 20. — Sajjad Hussain/AFP

NEW DELHI: India banned 43 more Chinese apps on Nov 24, including some from e-commerce giant Alibaba, saying they threatened its "sovereignty and integrity" as tensions remain high between the nuclear-armed neighbours following a deadly border clash.

New Delhi previously pulled 59 Chinese apps – including the wildly popular video-sharing platform TikTok – from its huge domestic market, weeks after the high-altitude battle in the Ladakh region in June when 20 Indian soldiers were killed.

A further 118 Chinese mobile applications, including the hit shoot 'em up game PUBG, were banned in September.

The latest tranche of banned apps include Alibaba's AliExpress, delivery service Lalamove as well as dating and live-streaming apps.

Alibaba's investments in the booming online market in the nation of 1.3 billion people include digital payments platform Paytm and online grocer BigBasket.

Anti-China sentiment has soared in India since the clash and sparked calls for a boycott of goods from the neighbouring country. 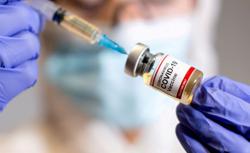