By Spencer Soper and Matt Day 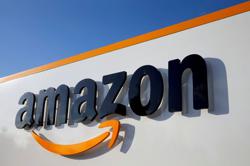 The Covid-19 pandemic has put a spotlight on the plight of so-called essential workers, including those in Amazon’s logistics and delivery operations, whose labour helped many people reduce their exposure by having goods delivered to their homes. — AFP

Amazon.com Inc warehouse workers in Alabama, United States, filed a petition with the US National Labor Relations Board to form a union, the latest sign of strife between the online retailer and its large blue-collar workforce.

The federal agency posted a notice dated Nov 20 for a hearing to determine if the petition meets the criteria to advance to the next step. With enough support, it’ll proceed to a vote among those working at the warehouse outside Birmingham on whether to unionise and be represented by the Retail, Wholesale and Department Store Union. The recently opened facility in Bessemer employs about 1,500 people.

The Covid-19 pandemic has put a spotlight on the plight of so-called essential workers, including those in Amazon’s logistics and delivery operations, whose labour helped many people reduce their exposure by having goods delivered to their homes.

Some Amazon warehouse workers in Europe are union members, but most of the company’s US workforce isn’t unionised. Chief Executive Officer Jeff Bezos has a net worth of US$181.9bil (RM744.43bil) while many of Amazon’s workers earn so little that they receive government subsidies for food and health care, putting the online giant in the company of other big employers like Walmart Inc, McDonald’s Corp and Waffle House Inc. Union members in the transportation and warehousing industry earned about 38% more than non-members in 2019, according to the US Bureau of Labor Statistics.

"Our employees choose to work at Amazon because we offer some of the best jobs available everywhere we hire, and we encourage anyone to compare our overall pay, benefits, and workplace environment to any other company with similar jobs,” an Amazon spokeswoman said in an emailed statement.

The Retail, Wholesale and Department Store Union declined to comment. News of the union petition was reported earlier by The Washington Post, which Bezos owns.

"All workers are entitled to decent wages and working conditions, which is why I stand with the Amazon warehouse workers in Alabama exercising their constitutional right to form a union,” Sanders said. "Mr Bezos, the wealthiest person in America, must not interfere in this election.” – Bloomberg 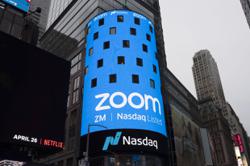