By Deirdre Hipwell and Angelina Rascouet

The click and collect counter in a supermarket near Paris, on the fifth day of a lockdown aimed at containing the spread of the novel coronavirus (Covid-19). — AFP

The bane of Europe’s traditional retail stores over the past decade – the Internet – is now the thing they’re clinging to for survival.

With lockdowns closing non-essential shops in countries including England and France, retailers are racing to expand click-and-collect services and home delivery in a bid to keep Amazon.com Inc from monopolising their most important season. They’re also offering things like video calls with Santa to try to recreate some of the buzz of Christmas shopping online.

At the same time, shops also have to prepare for the anticipated end of lockdowns. Marks & Spencer Group Plc is among those planning extended opening hours in December to help safely manage crowds in the time of social distancing. Looming in the background, though, is the fear that shops may not reopen – and even if they do, that consumers will have already bought their gifts online. That would leave the retailers crippled with unsold stock they’d have to flog at a discount in 2021.

“This year is going to be very complicated for retailers,” said Peter Williams, chairman of the UK apparel chain Superdry Plc. “We don’t know for certain that the stores will reopen or how the consumer will behave.”

Even before England’s latest restrictions were put in place this month, the delivery service Hermes expected to handle 3.5 million parcels each day during the Black Friday and Christmas period. That’s almost double the amount from last year. Rival DPDgroup said its UK parcel volumes have jumped an average of more than 40% year-on-year since March. Both companies are hiring thousands of workers to help with orders and investing hundreds of millions of pounds in their infrastructure.

“We have had to fast forward our five-year plan and deliver it in just five months so we can be ready,” said Carl Lyon, chief operating officer at Hermes. “We are now prepared for the level of parcel volumes that we originally expected by 2025.”

Retailers are well-prepared to weather the lockdown period, particularly in the UK, because of investments in their online logistics networks since earlier in the pandemic, said Jessica Moulton, senior partner at McKinsey & Co.

Logistics companies and retailers in Britain took up more than three-quarters of the 32 million square feet of warehousing space rented nationwide in the first nine months of 2020, data from Dowley Turner Real Estate show. Amazon alone accounted for a fifth of all the warehouse space occupied this year.

Even so, England’s current store shutdowns are costing retailers £2bil (RM10.87bil) of lost sales a week, according to the British Retail Consortium, showing they can’t survive for much longer on the internet alone.

“If the stores have to stay shut in December, that will be deeply problematic,” said Justin King, a former chief executive officer of supermarket chain J Sainsbury Plc and a current non-executive director of Marks & Spencer.

Extended shutdowns would be particularly bad for smaller businesses with little or no online sales. As it is, resentment has been building in the UK over loopholes in the country’s lockdown rules that allow supermarkets and discounters to keep selling general merchandise alongside essential groceries.

“Anyone who has a bag of dog food in the back of their shop can stay open, but if you are a specialty retailer you are absolutely stuffed,” said James Daunt, managing director of the Waterstones bookstore chain, adding that the most vulnerable retailers “will just go bust”.

In France, the apparel retail industry already lost a quarter of its revenue in the first nine months of the year. If smaller shops can’t reopen, that could lead to one in two businesses failing, according to Eric Mertz, chairman of the Federation Nationale de l’Habillement, an independent apparel retailers organization.

“If we miss the month of December, which represents 20% of a typical year’s revenue, it’s a catastrophe; it’s an apocalypse,” he said. “We are opening the market to Amazon.”

The US web giant agreed along with other major retailers to postpone the Black Friday promotions in France from Nov 27 to Dec 4, heeding calls from smaller players who’ve been asking authorities to reopen before the end of the month. All non-essential stores in France have been shut since Oct 30 in order to contain the spread of the virus. – Bloomberg 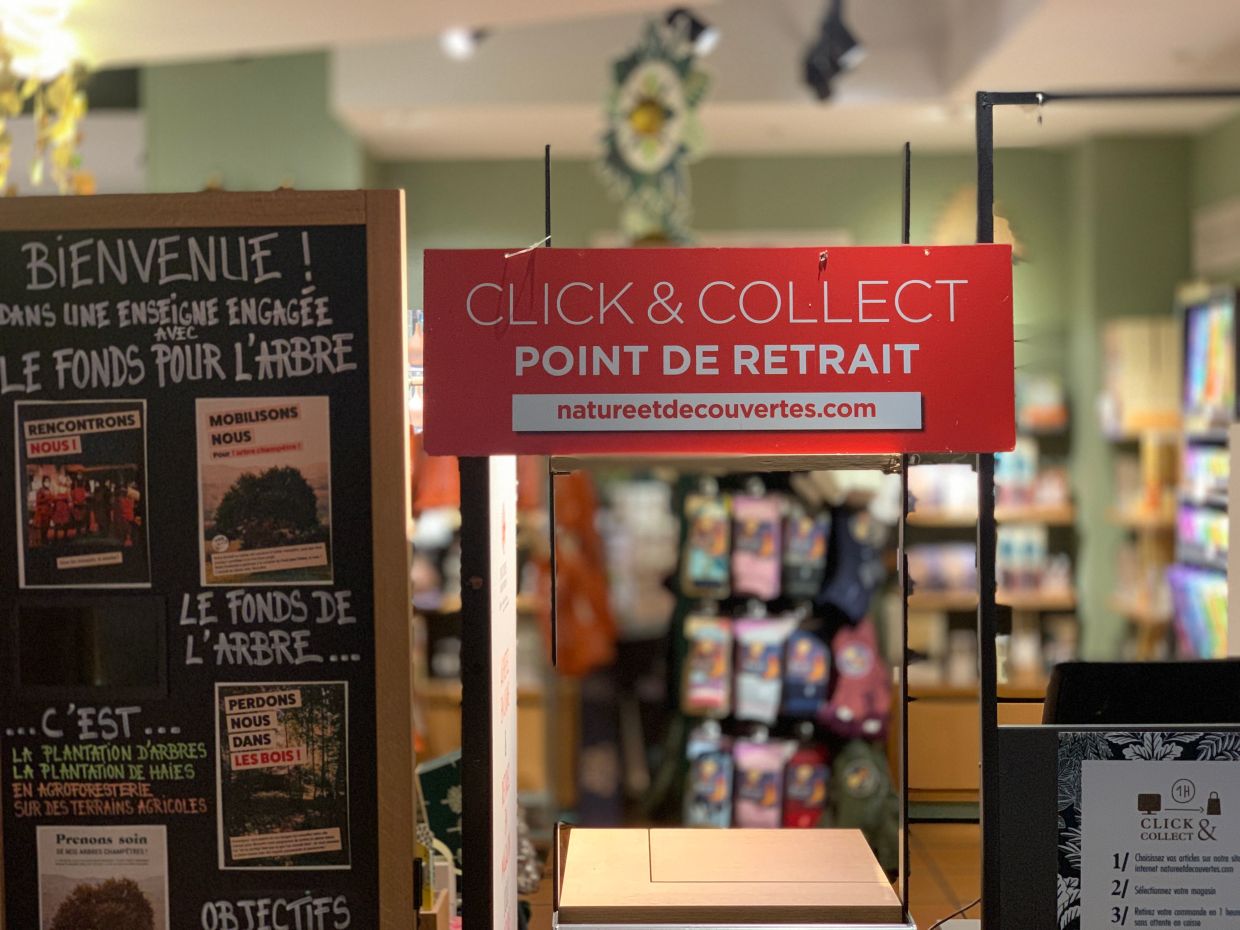 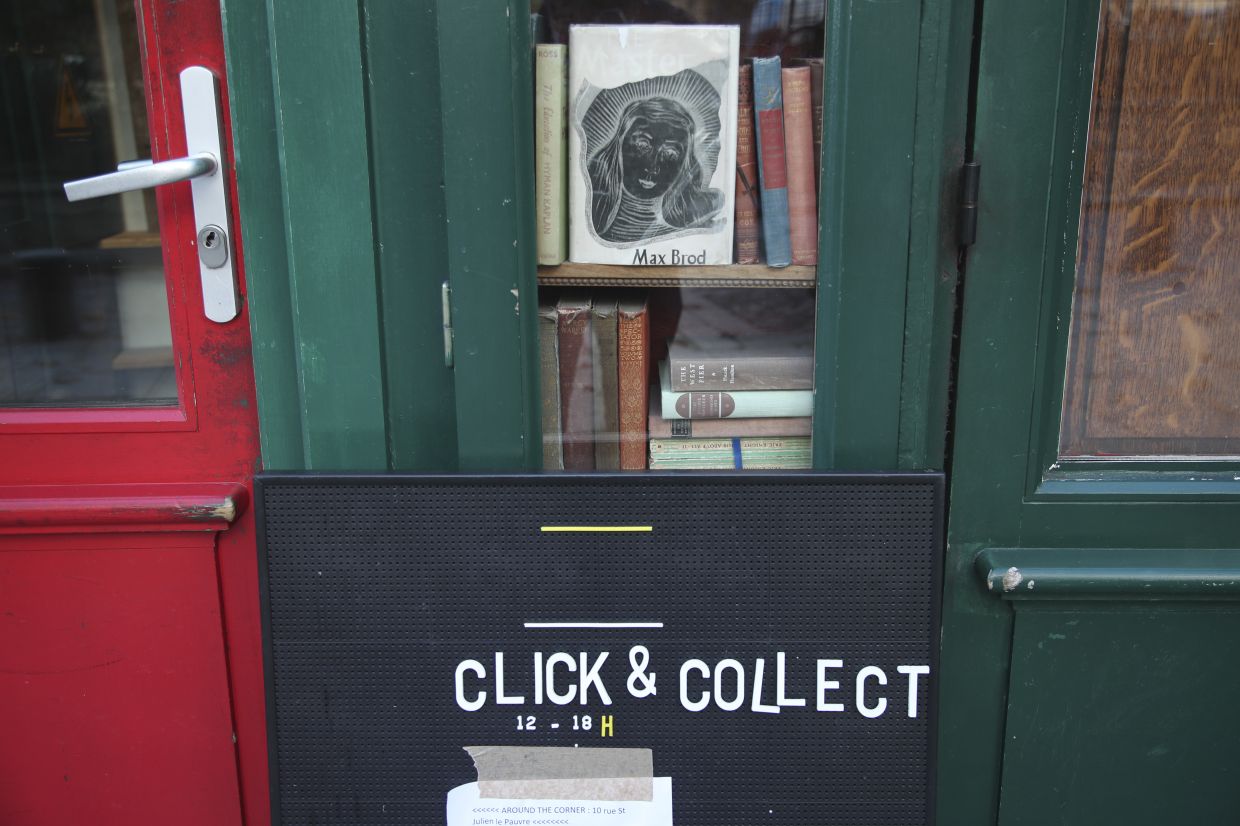 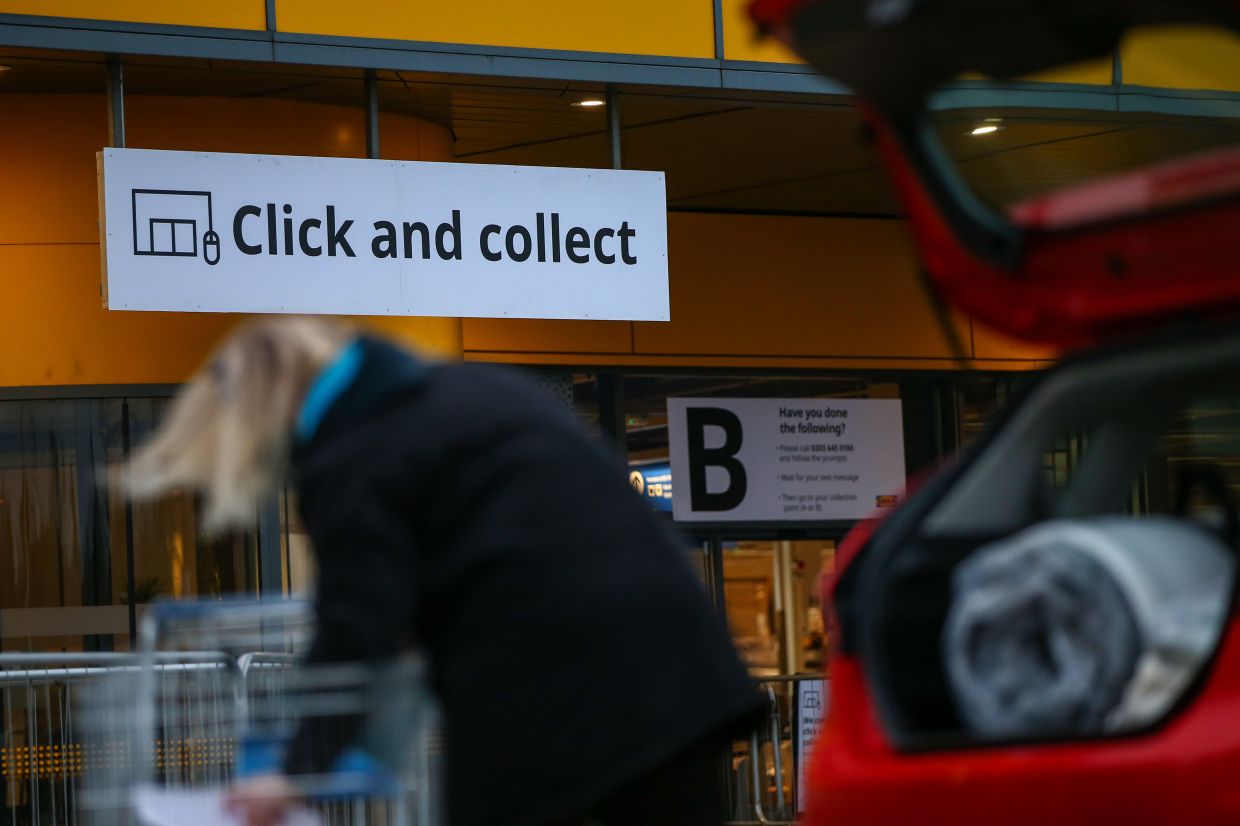 The click and collect counter in a supermarket near Paris, on the fifth day of a lockdown aimed at containing the spread of the novel coronavirus (Covid-19). — AFP

The English and American literature Shakespeare bookstore has a click and collect service in Paris. — AP

A picture taken in Rennes shows a bookstore front offering click and collect, as France is under a new general lockdown to curb the spread of the Covid-19 novel coronavirus. — AFP

A customer loads ‘click and collect’ items into her automobile outside a store in Croydon, UK. — Bloomberg