Google changes targeted by rivals in complaint to UK regulator 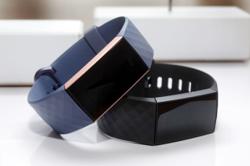 Google upended the advertising world with its decision earlier this year to phase out third-party cookies that help advertisers pinpoint customer with ads for websites they previously visited and monitor which ads convinced them to buy. — AP

Google’s planned changes to advertising data were targeted by a group of rivals who pushed UK regulators to make the company a top antitrust priority.

Marketers for an Open Web is asking the Competition and Markets Authority to temporarily halt Google’s rollout of so-called privacy sandbox technology next year, it said in an emailed statement on Monday.

The group said the changes will curb members’ ability to gather information on web users, which helps them offer more valuable advertising. It’s urging the CMA to use its power to protect smaller media companies at risk of losing as much as 75% of their revenue.

Google upended the advertising world with its decision earlier this year to phase out third-party cookies that help advertisers pinpoint customer with ads for websites they previously visited and monitor which ads convinced them to buy. Google’s Chrome is used by the majority of internet users and the changes will be followed by browsers based on Google’s Chromium technology such as Microsoft Corp’s Edge.

The CMA said it took “the matters raised in the complaint very seriously and will assess them carefully with a view to deciding whether to open a formal investigation.

“We will also assess whether to impose interim measures to order the suspension of any suspected anti-competitive conduct pending the outcome of a full investigation,” the regulator said in a statement.

Online advertising that fuels tech giants’ massive revenues and market power is already a focus for the UK regulator. The CMA will become a key antitrust authority for global firms when the transition period following the UK’s departure from the EU runs out at the end of the year.

The regulator said in a July report that phasing out of third-party cookies could hurt publishers’ ability to make money and invest in online content. It’s used Google data to estimate that UK publishers “earned around 70% less revenue overall when they were unable to use third-party cookies to sell personalised advertising but competed against others who could”.

Google has more than a 90% share of the £7.3bil (RM39.91bil) UK search market, the CMA said in July. The regulator has pleaded for a new digital markets taskforce to tackle “wide-ranging and self-reinforcing” concerns in online advertising.

Marketers for an Open Web said Google’s changes will deny news publishers access to the cookies they use to sell advertising. It also complain advertisers and publishers will learn less about web users from Google’s push to encourage users to sign in to Chrome instead of individual website.

The complaint says data collection will move from the open web – where it’s used by a number of companies – and “into the walled garden of its Chrome browser”.

Sharing data with Google would hurt future probes, US says