Opinion: Finance workers are used to surveillance, just not like this Remote workers may understand the need for surveillance, but that doesn’t mean they’re happy about it. — Bloomberg

As the global pandemic shut down offices and sent professionals home to work, some in the financial industry have been unnerved to see their private space invaded by the rules, regulations and surveillance they usually leave at work. Bankers find their phone calls recorded, keystrokes monitored, and bathroom breaks tracked, reported Bloomberg’s Stefania Spezzati in a recent article.

The reason is understandable: “Insider trading, manipulation and improper use of own accounts are all elevated risks when dealers are home alone,” she wrote. But just because people understand the reasons – and may be grateful to still enjoy good health and well-paid jobs – doesn’t mean they’re happy about the surveillance.

To make sense of the situation, Bloomberg Opinion columnist Virginia Postrel talked with Christena Nippert-Eng, a professor of informatics at Indiana University, whose research focuses on how people negotiate boundaries in their working lives. The following transcript has been edited for clarity and length.

Postrel: What’s your initial reaction to the finance industry phenomenon?

Nippert-Eng: You have two different boundary negotiations that have now collapsed. You have the home-work boundary. If I’m in the finance industry, I’m used to this kind of monitoring. My technology in the office is set up for that, my reporting structures have things they have to do. That’s not new for these folks – operating under an umbrella of distrust as the default.

What’s changed for them is that used to be locked up in an office. You’ve now brought it into my home. You’ve now taken people who in all likelihood – in part because of the amount of surveillance with their work – were probably pretty strong “segmenters”. I would come home, even if I was working 16-hour days. And even if when I came home, I’m still reading like crazy, I’m still thinking about the job, there are parts of it that I am not doing when I’m at home, because of that whole monitoring thing.

Now we collapse that other boundary negotiation – the boundary between what’s public and what’s private. I set my home-work boundary with the expectation I did that [high-surveillance] part of my work over there. When the pandemic happens, it shoves that boundary right over into my sleeping space.

How much does this come as a surprise? After all, people in the industry are used to a lot of regulation and technological monitoring.

All of the restrictions that applied to monitoring your behaviour in the workplace must now be replicated in your home. That place you pay the mortgage on, the place that your children are used to being allowed to live as they live, the place where you might think it’s very cool to have a smart-control set for your aquarium and never thought about how hackable that was. You didn’t think about how hackable your Ring camera is. Or the little toy that when you travel you call in on your app, and you talk to your dog over the camera and shoot little treats to your dog through – it’s a very popular thing. All the hackable Internet of Things is just the most permeable membrane. At the office, you’re encrypting like crazy, you’ve got firewalls – you set up this workplace to allow people to do the work.

So now you’re taking that and you’re saying, goodbye, Christopher Lasch’s Haven In A Heartless World home. We are bringing it all in here. And we are now going to regulate which members of your family, if you have one, are even allowed to go in that room, which is part of your house.

Won’t a determined person be able to cheat anyway?

Somebody who is really motivated to break the rules can find a way to do it, it’s absolutely true. But when you put all of this surveillance technology on them, it becomes really freaking hard to do that.

What about people like us, who work from home but aren’t so strictly monitored?

What we’re not used to is Zooming with everybody so they can all see what’s on my daughter’s childhood bookcase.

Where do you think this goes long term?

We hear people who cannot wait to get back to the pre-pandemic way that they organise their lives. They can’t wait to have to commute again, to have to go to an office again, to have to come home again. And we have other people who are really OK with this. They would like to be able to go out of the house without a mask, to have their children visit them without a mask, and not to have to look at every child in your neighbourhood like a little sinister vector. But they kind of like working from home. Maybe they’d like working from home three days a week.

I think what we’re going to see is in a willingness, if not a demand, to renegotiate how much I need to be where and when. For people who really hate all of the surveillance that has been brought into their house and into their family’s lives, they will probably be the first ones to go right back to the office every day.

We might be seeing some really interesting tensions. Will the workplace respond with, “No, there is one best way”? Or will they allow people to figure out the best way for them? – Bloomberg

(Virginia Postrel is a Bloomberg Opinion columnist. She was the editor of Reason magazine and a columnist for the Wall Street Journal, the Atlantic, the New York Times and Forbes. Her next book, The Fabric Of Civilization: How Textiles Made The World, will be published in November.) 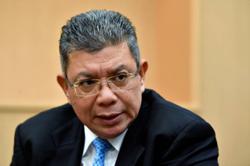