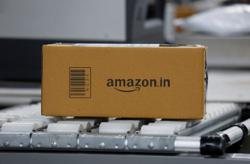 Big Brother Amazon targeted in fight with Ambani over retailer

Amazon drew the battle lines earlier this month when it accused Future of violating a contract between the two sides by agreeing to a buyout by Reliance. — Reuters

An arbitration court in Singapore restrained Future Retail Ltd and its founders from going ahead with the sale, according to people with knowledge of the matter who asked not to be identified as the proceedings were private. The ruling was on Amazon’s request for an interim order before main tribunal hearings start.

In a statement issued late on Oct 25 in Mumbai, the US e-commerce giant said it got all the relief it sought, without providing specifics.

"We welcome the award of the Emergency Arbitrator,” Amazon said. "We remain committed to an expeditious conclusion of the arbitration process.”

Representatives for Future Group, which has a partnership with Amazon in India, declined to immediately comment when reached outside of business hours in India.

The ruling marks provides some respite for Amazon as it seeks to halt a deal that could give Ambani, Asia’s richest man, unparalleled dominance in the race for India’s estimated US$1 trillion (RM4.16 trillion) consumer retail market. Reliance is already India’s biggest brick-and-mortar retailer and has ambitious plans for the online segment that would see it take on Amazon in what is a rising market.

Amazon drew the battle lines earlier this month when it accused Future of violating a contract between the two sides by agreeing to a buyout by Reliance. The deal would have been a bailout for Future, which faces another potential cash crunch as competition in the Indian retail space intensifies and the economy slows amid the coronavirus pandemic.

A spokeswoman for the Seattle-based e-tailer told Bloomberg on Oct 8 that it had initiated steps to enforce its contractual rights with Future, without giving more details. The deal between Reliance and Future, announced late August, is awaiting regulatory approval, which won’t necessarily be delayed by the Singapore court’s order.

Amazon agreed to purchase 49% of one of Future’s unlisted firms last year, with the right to buy into their flagship, Future Retail, after a period of between three and 10 years. But about two months ago, rival Reliance announced it would buy the retail, wholesale, logistics and warehousing units of the indebted Future Group, almost doubling its footprint.

In May, Amazon was considering increasing its stake in Future’s retail unit to as much as 49%, people familiar with the matter said at the time. But that transaction didn’t materialise in time for Future, seeing it instead cut a deal with Ambani’s refining-to-retail conglomerate.

Blocking Reliance’s rising stronghold on India’s retail sector is crucial for Amazon if it wants to dominate the only billion-people plus consumer market that’s still open to foreign firms. – Bloomberg

Big Brother Amazon targeted in fight with Ambani over retailer 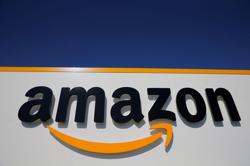