By Ben Brody and Christopher Yasiejko Google, which controls about 90% of the online search market in the country, is now facing the biggest US monopolisation complaint since the government sued Microsoft Corp more than 20 years ago. — AFP

The US monopoly case against Alphabet Inc’s Google is likely to trigger an onslaught of private antitrust lawsuits riding on the allegations in the government’s complaint.

The deluge of litigation has the potential to force the search giant to pay billions of dollars in settlements, according to legal experts.

The US Justice Department’s case filed Tuesday will be “followed by a wave of private cases”, said Patrick J. Coughlin, a lawyer who has represented consumers in class actions against companies such as Apple Inc, Visa Inc and MasterCard Inc. “Every antitrust law firm in the country will be involved in some way or another.”

The parties in a 2005 class action lawsuit over MasterCard’s and Visa’s swipe fees, which included 12 million merchants, settled for US$5bil (RM20.73bil), noted Coughlin, who was involved in the case, parts of which are still on appeal.

In addition to the legal resources Google will have to muster to defend the cases, they can be financially onerous because antitrust laws allow private parties to recover triple damages if they prevail. The complaints likely will be filed in venues scattered across the nation and many will eventually be consolidated into a single case before one judge, experts said.

“Within a week, there’ll be a hundred private cases filed,” Coughlin said. “There’s no waiting.”

Google, which controls about 90% of the online search market in the country, is now facing the biggest US monopolisation complaint since the government sued Microsoft Corp more than 20 years ago. The US Justice Department, which was joined by 11 Republican state attorneys general, alleged that Google paid billions of dollars for exclusive deals with mobile phone-makers and wireless providers to dominate search and lock out competition. The case has been assigned to US District Judge Amit Mehta in Washington. No trial date has been set.

More state-led cases are in the pipeline. States including Colorado, Iowa, and Nebraska are also probing Google’s search practices, while Texas is investigating the company’s position in digital advertising.

The private lawsuits may be brought both by rival companies and consumers claiming they’ve been harmed by the same conduct alleged in the federal or state cases. The suits often piggy-back on those cases, incorporating facts and allegations that officials have unearthed or won court judgments on.

For instance, AOL Time Warner sued Microsoft Corp in 2002 after a US federal court had found that the software giant had illegally crushed the Netscape web browser, which AOL had acquired in 1999 during the 78-day trial of the government’s landmark antitrust lawsuit against Microsoft.

Microsoft paid US$750mil (RM3.10bil) to settle the AOL suit the following year. At one point, Microsoft faced more than 150 class-action lawsuits by consumers over its conduct, in addition to lawsuits by other competitors.

Spencer Weber Waller, a professor at Loyola University Chicago’s law school, said he expects Google to face a similar scenario to Microsoft. Waller, who consulted on a Canadian case against Microsoft, said Google could also be exposed to private claims from abroad.

Rivals may be more likely than consumers to follow the Justice Department’s case, while both consumers and competitors might want to follow state cases that are still in the works, said Bloomberg Intelligence analyst Jennifer Rie.

The Texas case, which is expected to be filed in the coming weeks, may emphasise how Google’s dominance can lead to higher prices, which could attract consumer claims, said Rie.

“Wherever there’s a dollar sign, that’s where we’re going to see the private plaintiffs,” Rie said.

Google faces an unrelated antitrust lawsuit from Epic Games Inc over the 30% commission it charges developers on the Android Play store. The Epic suit has already launched follow-on complaints, including a consumer class action that was filed on Tuesday.

Some lawmakers are trying to make it easier for such lawsuits to be filed. Earlier in October, a Democratic-led House subcommittee that’s been investigating competition in big tech recommended that Congress consider strengthening “private enforcement” by eliminating barriers to private lawsuits.

Waller said that antitrust plaintiffs attorneys have likely been studying how to bring lawsuits against Google that could last years.

“I think they’re thrilled that the government has brought this case,” he said. – Bloomberg 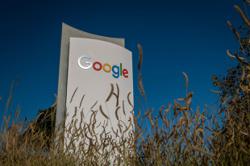