More than a year after its international launch, Tencent Holdings’ Call of Duty: Mobile is finally getting its release in China, with nearly 50 million pre-registered users and the endorsement of Chinese King of Pop Jay Chou.

Licensed by Activision Blizzard and developed by Tencent, Call of Duty: Mobile was officially available in the world’s biggest gaming market on Oct 20 via a public beta test. Already an international gaming sensation since its global launch on Oct 1 last year, Call of Duty: Mobile only secured release approval from the Chinese government in August, given the country’s strict media regulation policies.

The demand for Call of Duty: Mobile’s launch in China appears to be enormous. Before the game’s release on Tuesday, close to 50 million users had pre-registered, according to the game’s website. To further build momentum for the roll out, Tencent recruited the endorsement of popular Taiwanese singer Jay Chou, who has also starred in Hollywood movies such as The Green Hornet and Now You See Me 2.

Analysts are bullish about the earning potential of the game. Call of Duty: Mobile generated close to US$500mil (RM2.07bil) in player spending in its first year, making it the 22nd most profitable mobile game in the world during that time, according to a new report from app tracking firm Sensor Tower.

In June, Sensor Tower predicted that after its China release the game could surpass Tencent’s own PUBG Mobile to become the world’s biggest mobile title. Call of Duty: Mobile reached the 250 million downloads milestone faster than PUBG Mobile.

Craig Chapple, mobile insights strategist at Sensor Tower, anticipated the success of the game in a report published this month.

“It will follow in the footsteps of another extremely successful mobile shooter in China, Game For Peace, the localised version of PUBG Mobile which is also published and developed by Tencent,” Chapple wrote. Game For Peace is often referred to by its other Chinese name Peacekeeper Elite.

Outside China, the US was the game’s top revenue-earning country, with players there spending about US$215mil (RM891.28mil), while Japan and Germany took second and third place, according to Chapple.

“It’s a testament to the power of the Call of Duty IP and its ability to translate to mobile, along with the successful partnership between the US-based Activision and China-based Tencent,” Chapple said.

While Tencent is reaping success with its latest title, the company’s business ties with US-based gaming companies are under scrutiny amid tense China-US relations. Tencent’s US$22bil (RM91.20bil) in US assets, including a 5% stake in Activision Blizzard, could be at risk of forced divestment should tensions continue to rise, according to an earlier Bloomberg Intelligence report. – South China Morning Post 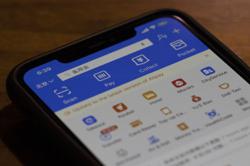