MADRID: Spain's Supreme Court ruled on Sept 23 that riders for Barcelona-based food delivery app Glovo were employees, not freelancers, in a case that could clear the way for so-called gig economy workers to demand formal labour contracts and benefits.

The ruling by the country's top court follows two previous cases heard in regional courts, one involving Glovo and the other its rival Deliveroo.

"... fixes the conditions for the provision of its services, and owns the assets essential to carrying out its services," the court said in a statement.

"It uses deliverers who... fulfil their roles within the employer's professional organisation."

Glovo had argued it was merely an intermediary between restaurants and delivery riders, who were self-employed.

In recent years, some workers hired to deliver goods via apps like Glovo have been demanding recognition as salaried staff and petitioning for the corresponding rights, such as sick leave and paid holidays.

Glovo said in a statement it respected the court's ruling, but expected the government and the European Union to set up a regulatory framework.

"Glovo firmly believes this regulation must be promoted based on dialogue between all actors involved," the statement said. – Reuters 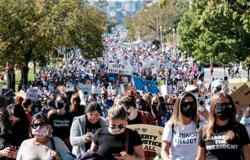