Working or studying from home? Here’s how to take care of your computer

Getting a good personal computer – even a second-hand model – and maintaining it well are paramount for staying productive in the pandemic age. — 123rf.com

The Covid-19 pandemic has made the personal computer an essential tool for everyone, whether it’s for studying or working.

The second quarter of this year ended well for the traditional PC market comprising desktops, notebooks and workstations, with global shipments growing 11.2% year over year, reaching a total of 72.3 million units, according to a preliminary report by the International Data Corp.

As restrictions around the world tightened in the first few weeks of the quarter, demand for notebooks continued to grow to maintain continuity of business and schooling for many communities, the research firm said. 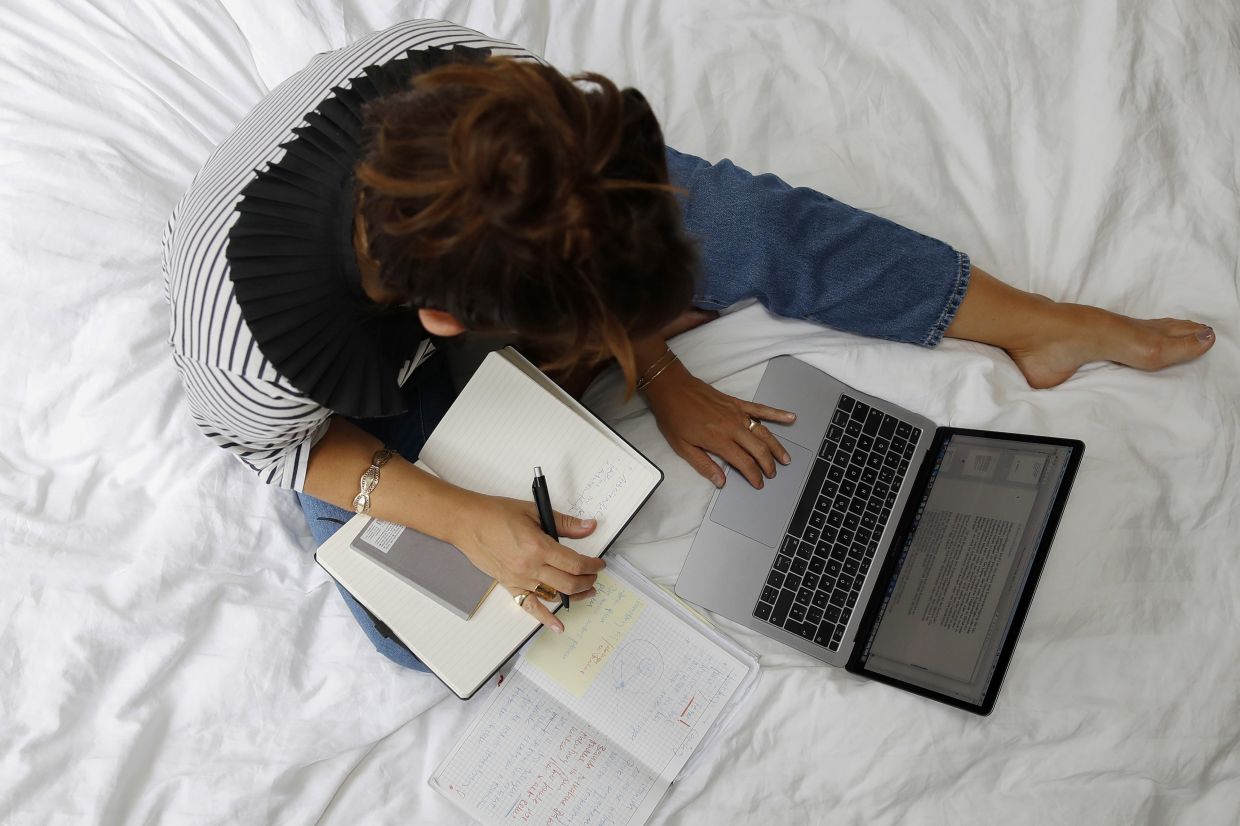 Those working in their bedroom might want a privacy shutter for the webcam to avoid being spied on or a quiet keyboard to avoid waking up their partner or kids. — Bloomberg

“The strong demand driven by work-from-home (policies) as well as e-learning needs has surpassed previous expectations and has once again put the PC at the centre of consumers’ tech portfolio,” said Jitesh Ubrani, research manager for IDC’s mobile device trackers unit.

The head of Microsoft 365, Jared Spataro, even took a stab at Apple in an interview with The Verge on why most people would prefer to use a PC for staying productive.

“The PC is back,” he joked, claiming that people trying to work from home are going to find out that the iPad is less than ideal for getting things done.

HP Singapore and Malaysia personal systems business director Yogesh Bhatia said the company found that a person’s requirements when getting a laptop, whether for work or play, varied more broadly when it’s for use at home instead of the office. 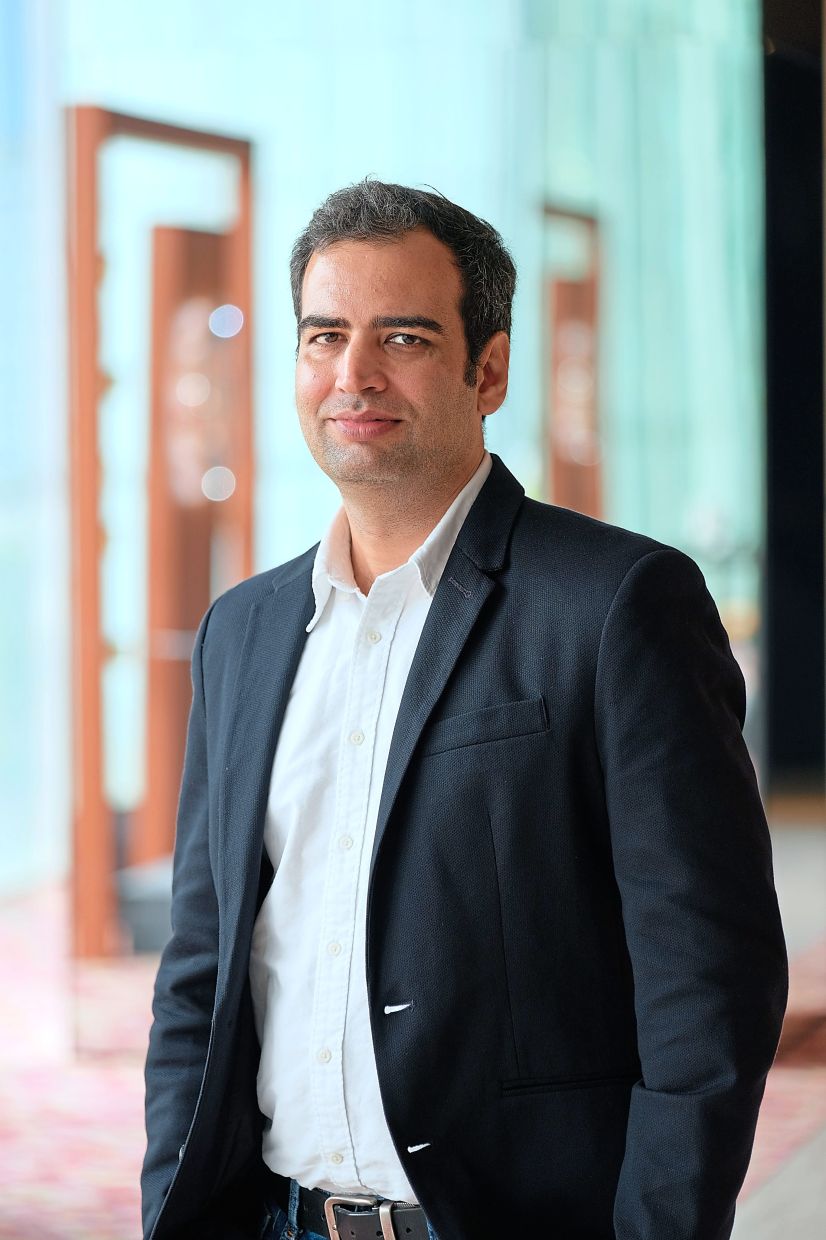 Bhatia recommends getting a printer to boost productivity. — HP

For example, those working in their bedroom want a privacy shutter for the webcam to avoid being spied on or a quiet keyboard to avoid waking up their partner or kids.

“The requirements differ when working in different parts of the house.

“People want a microphone and headphones with noise cancellation when working in the living or dining area, for instance,” he said.

A device with a long battery life and flexible form factor that lets them work comfortably anywhere – curled up on a couch when taking a video call or jotting an idea using a stylus while at the desk – is also at the top of the list for most people.

When it comes to choosing a mouse, most prefer a wireless Bluetooth model that works on any surface.

Bhatia also recommended getting a printer to increase productivity, adding, “It’s especially useful if you have to go through intricate Excel spreadsheets in detail or check a speech or presentation for accuracy.” 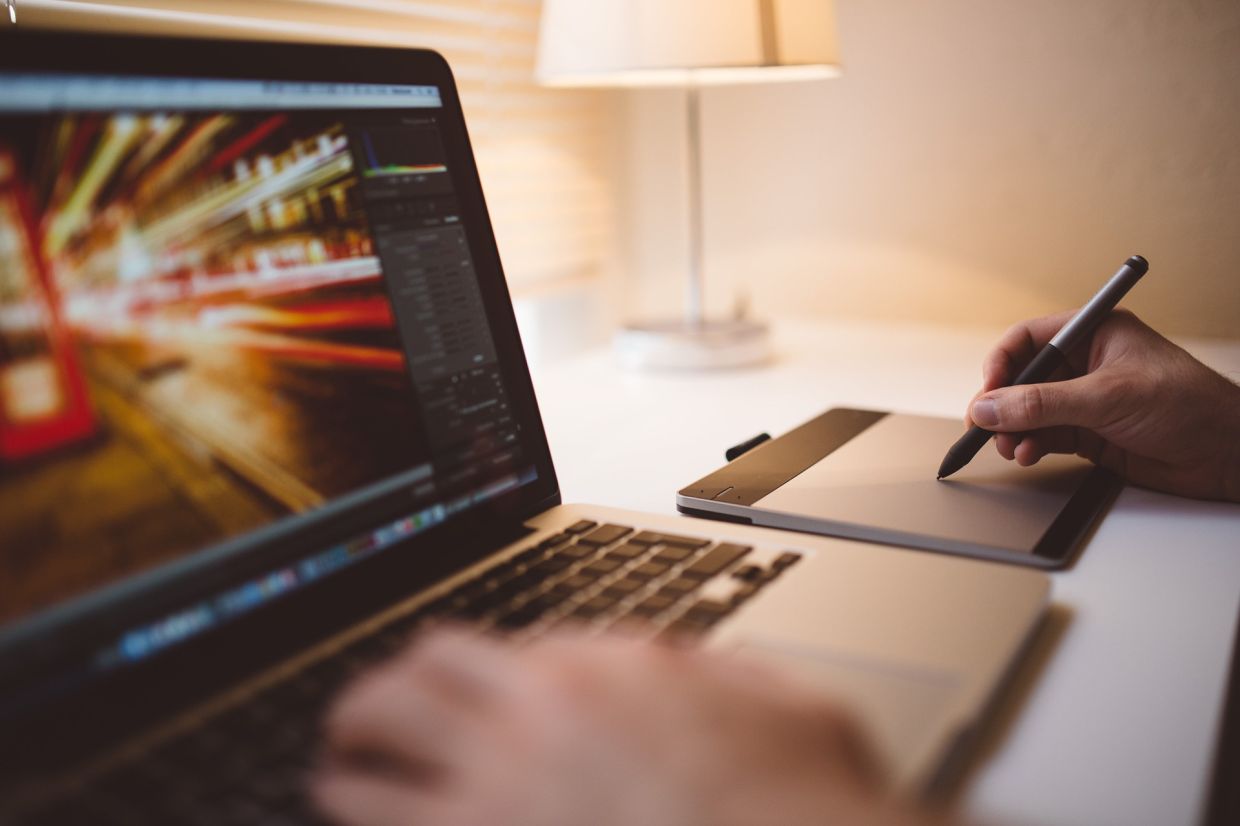 A device with a long battery life and flexible form factor that lets them work comfortably anywhere – curled up on a couch when taking a video call or jotting an idea using a stylus while at the desk – is also at the top of the list for most people. — Pixabay

As e-learning and virtual meetings are becoming the norm, Varinderjit Singh, general manager at Lenovo Malaysia, suggested that users consider getting a device with a good webcam and audio system to elevate their experience.

“When choosing a device, go for brands that offer after-sales support that allows the user to speak to a technician or arrange for a pickup service for repairs,” he added. 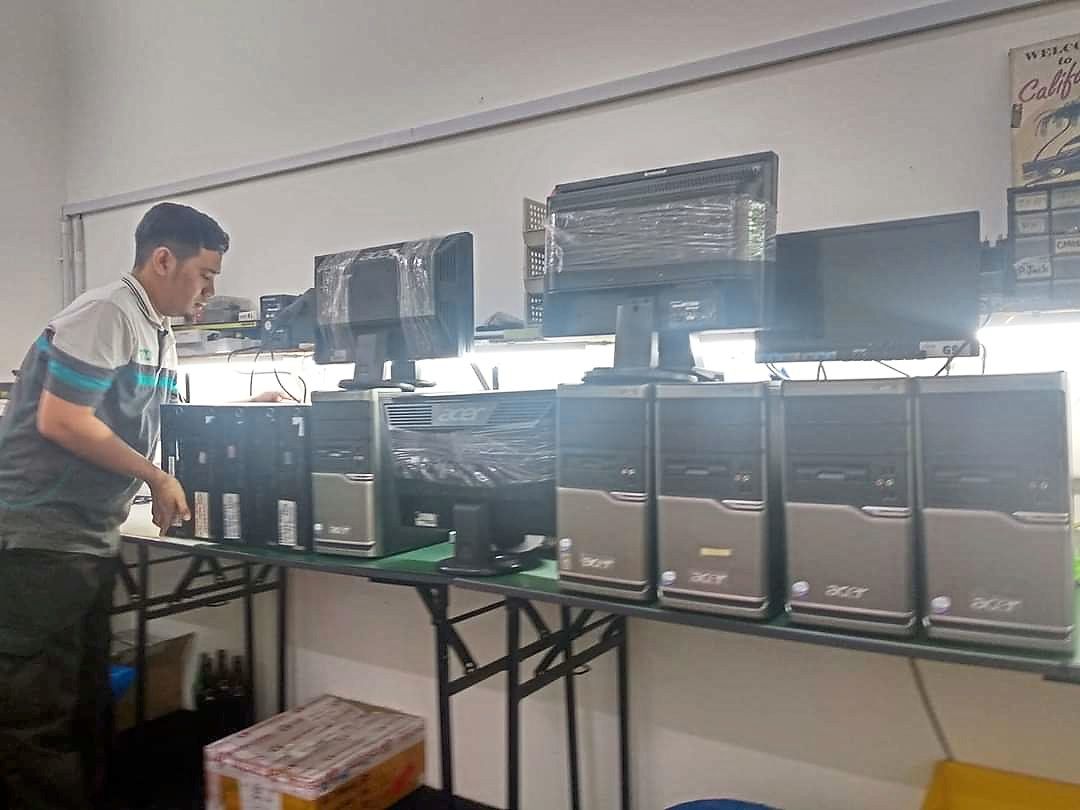 “Most of them want a device for basic computing tasks like typing and surfing the Web, and a functioning webcam for their kids to study at home. During a sale, a customer may even be able to get a seven-year-old laptop with Windows 7 for about RM550,” he said.

He often greeted new customers with questions like “What are you studying?” to figure out what’s suitable for them.

“If it’s a graphic design student, I’d advise him or her to get a laptop with better specs and more storage space, as it’s a better long-term investment,” he said.

Beyond just learning how to use productivity tools, it’s also crucial that those working from home, especially kids, learn how to keep a device running smoothly,

Everyone should start by keeping their devices clean, said Bhatia, adding that it’s particularly important to keep dirt and dust at bay to avoid clogging a laptop’s vents.

“Over time, clogged vents can affect performance and impair the cooling mechanism. Overheating can also damage a computer and shorten its lifespan, so remember to keep your laptops away from heat sources,” he said. 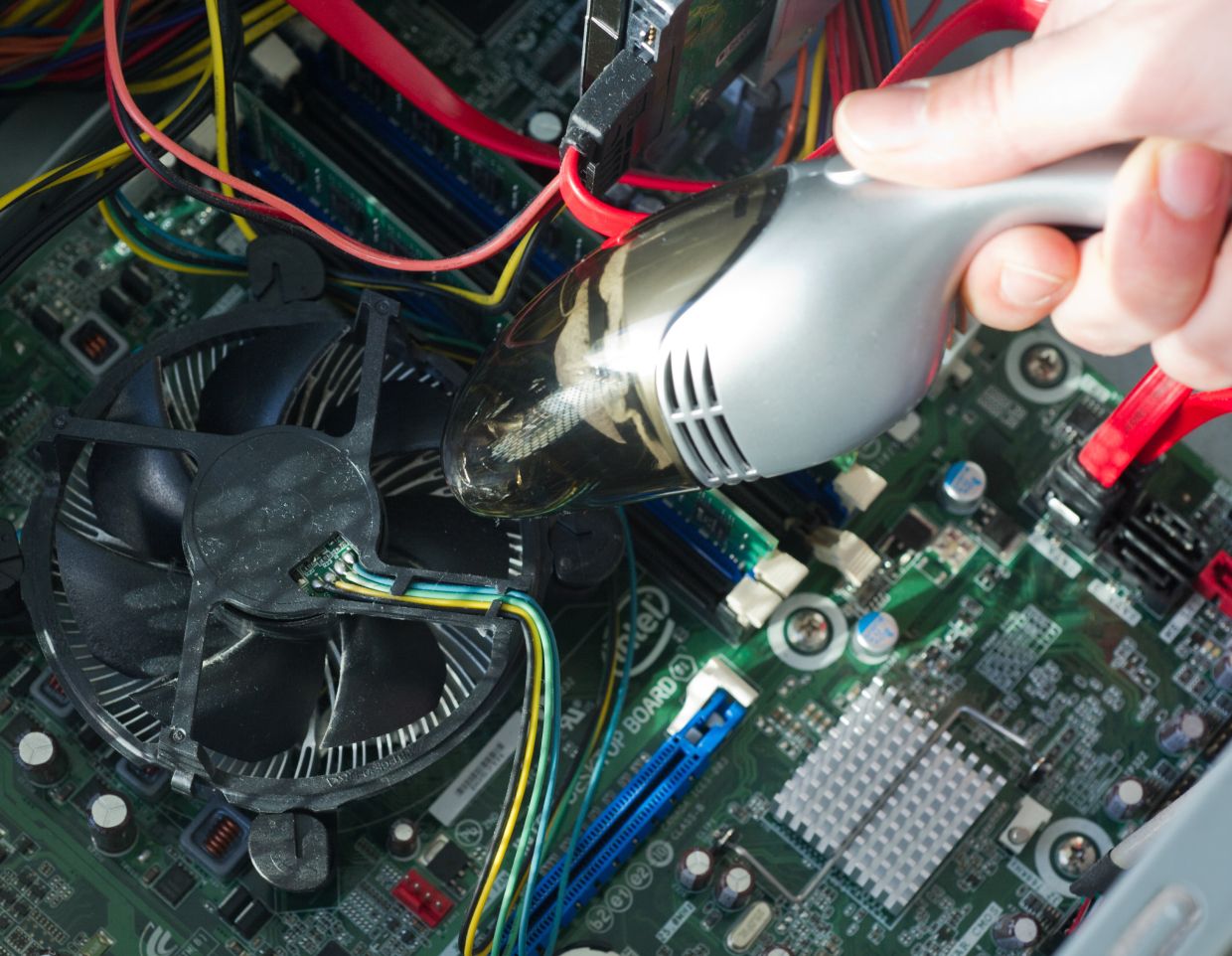 Irsyaduddin recommended users to clean their computers intensively at least once a year, which he said could take up to two hours depending on the condition of the device. — dpa

Irsyaduddin recommended users to clean their computers intensively at least once a year, which he said could take up to two hours depending on the condition of the device.

“In terms of awareness about device maintenance among the customers I’ve met, I would say it’s quite low. I think it’s important to remind customers to keep their devices clean or at least dust-free if they want it to continue running smoothly,” he said.

She recommended 90% or higher isopropyl alcohol as ideal since it won’t damage the internal components. 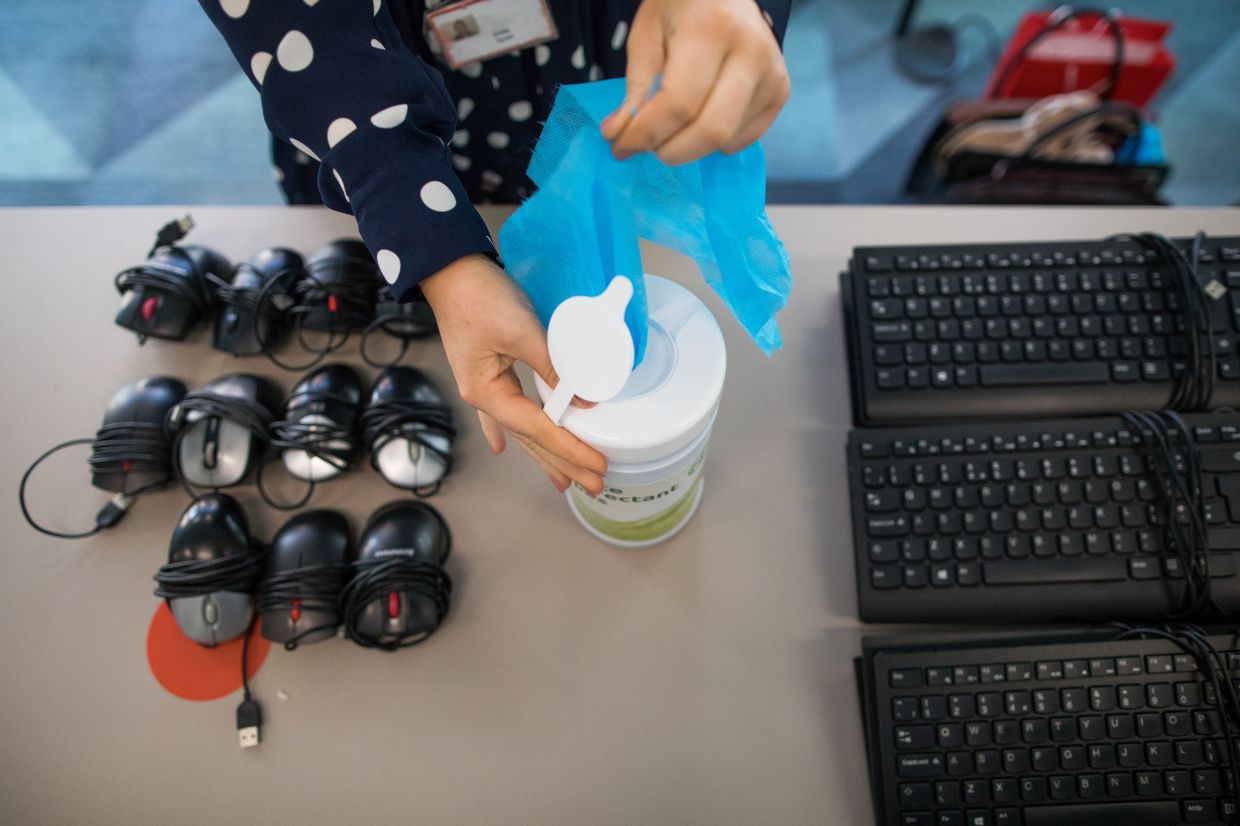 Tough grime or oil can be removed with a melamine sponge which Kerr warned should be used as a last resort as it could be abrasive.

Another common problem customers encounter is with the battery, said Irsyaduddin.

“Before a customer leaves with their laptop, I’d remind them not to overcharge the device because they could end up damaging the battery. They should unplug the device once it’s fully charged,” he said.

Some customers have had to come back because the battery had become bloated due to overcharging or overheating.

“A swollen battery is dangerous because I fear that it may explode if a customer continues to use the device. They should get it replaced immediately when the battery starts showing signs of swelling,” he said. 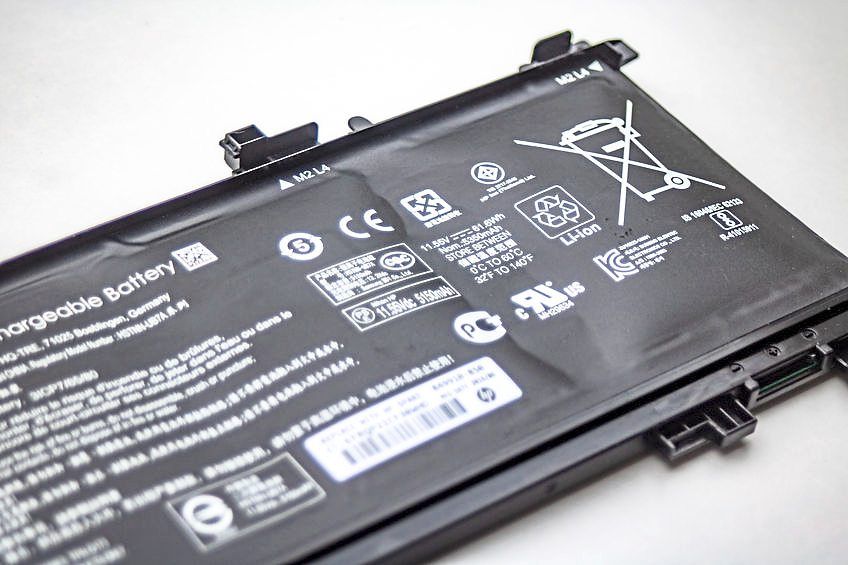 If the battery becomes bloated, you should get it replaced as soon as possible. — 123rf.com

According to website BatteryWorld, a swollen battery is the result of too much current inside a cell of the battery, which causes a build-up of heat and gas.

“Be careful. The build-up of gases makes a swollen lithium-ion battery vulnerable as its casing is under stress. Never try to puncture a battery to release the gases,” it said, advising users to discontinue using the device even if it runs normally to avoid potential mishaps.

It also recommended that users store their device in a cool and dry environment as hot cars and humidity are “enemies” of battery health.

Get up to speed

From time to time, users should also clear the cache files of their Internet browser to help maintain the performance of the device, said Bhatia.

“Your cache contains what you pick up when you visit various websites. Many sites use cookies to figure out your browsing habits and the ads you may click do that too.

“If you spend a lot of time online, the cache could grow in size and cause your computer to run more slowly,” he said. 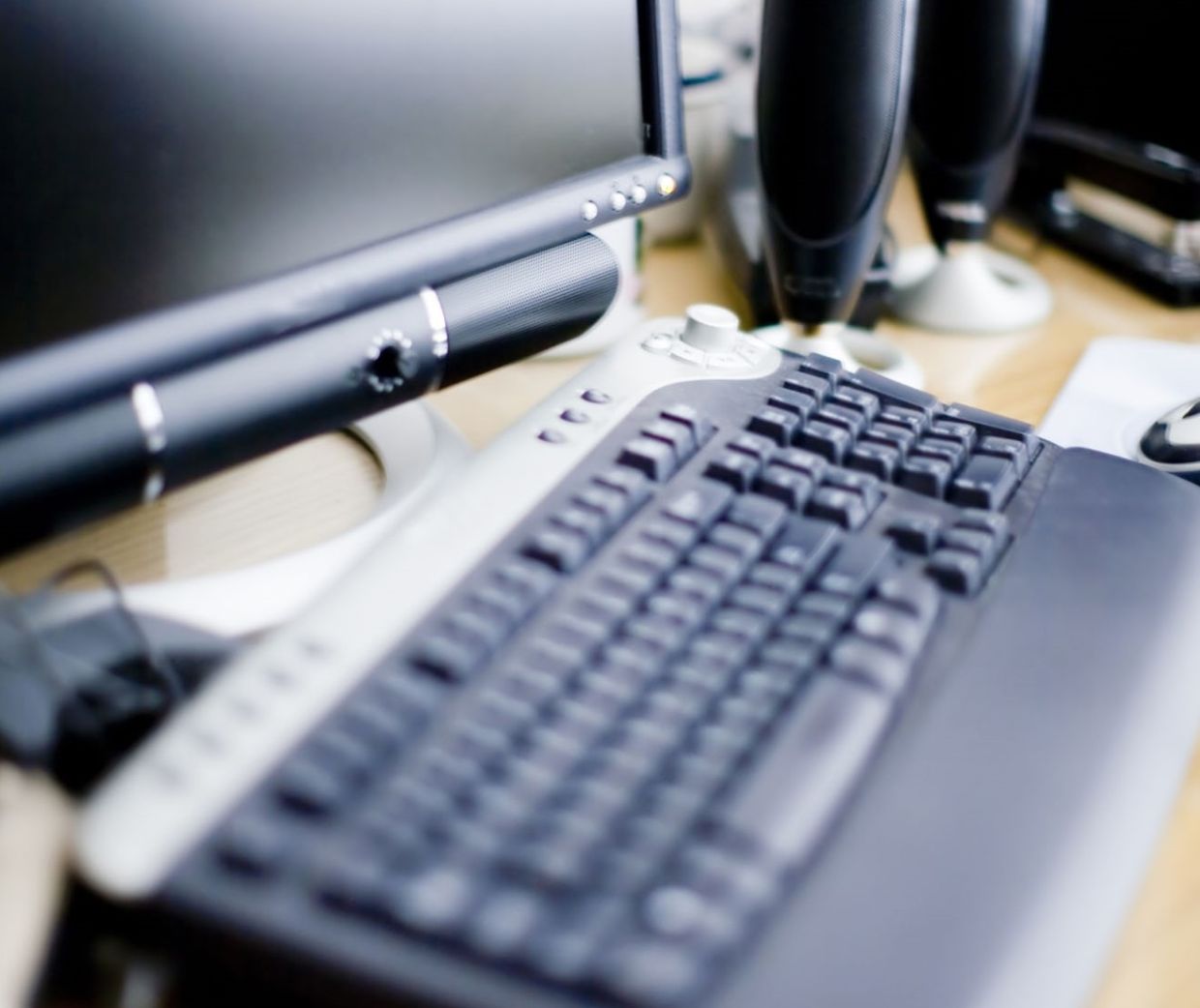 From time to time, users should also clear the cache files of their Internet browser to help maintain the performance of the device, said Bhatia. — Dreamstime/TNS

For most browsers, the cache can be cleared under settings.

For Chrome, click the three dots on the top right corner to access Settings and then Privacy And Security. Tap on Clear Browsing Data to empty the cache.

For Firefox, tap on the hamburger icon (three lines) to open the menu and select Options and then Privacy And Security. Scroll to Cookies And Data and click Clear Data.

Varinderjit also recommended users to disable programs such as Skype and Spotify from loading at startup if their computer is taking too long to boot up. 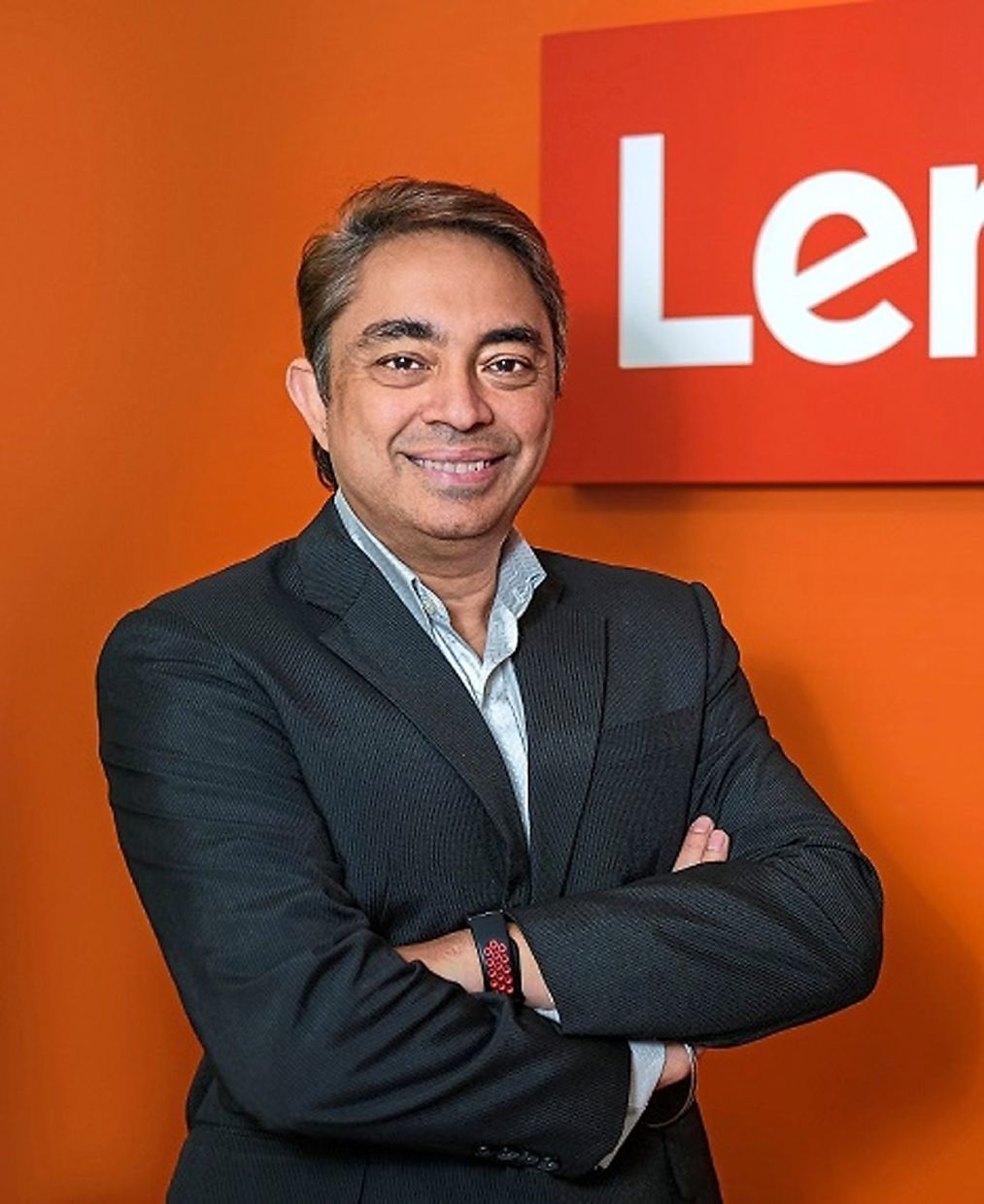 Varinderjit says disabling programs such as Skype and Spotify from loading at startup will speed up boot time. — Lenovo Malaysia

On Windows 10, right click on the taskbar at the bottom and choose Task Manager. Select the Startup tab to see which programs are launching when your computer boots up. Disable programs that you don’t use often.

If you hit a snag later, you can always enable them again.

“Also, close any app or browser tabs that you don’t need to help speed up your PC if you notice it slowing down,” he added.

He also advised users to check that they have sufficient space on their computer to ensure performance is not impacted.

For Windows, this is easily done via the Storage settings which you can easily find on Windows 10 by clicking on the Start button and typing Storage.

It will show you how much storage you have left on your hard disks, including the space taken up by photos, videos, maps and such.

You can also turn on Storage Sense which will automatically delete temporary files and content from your recycle bin at a predetermined cycle.

“If you don’t have one on your computer yet then there are plenty of free options out there,” he said. 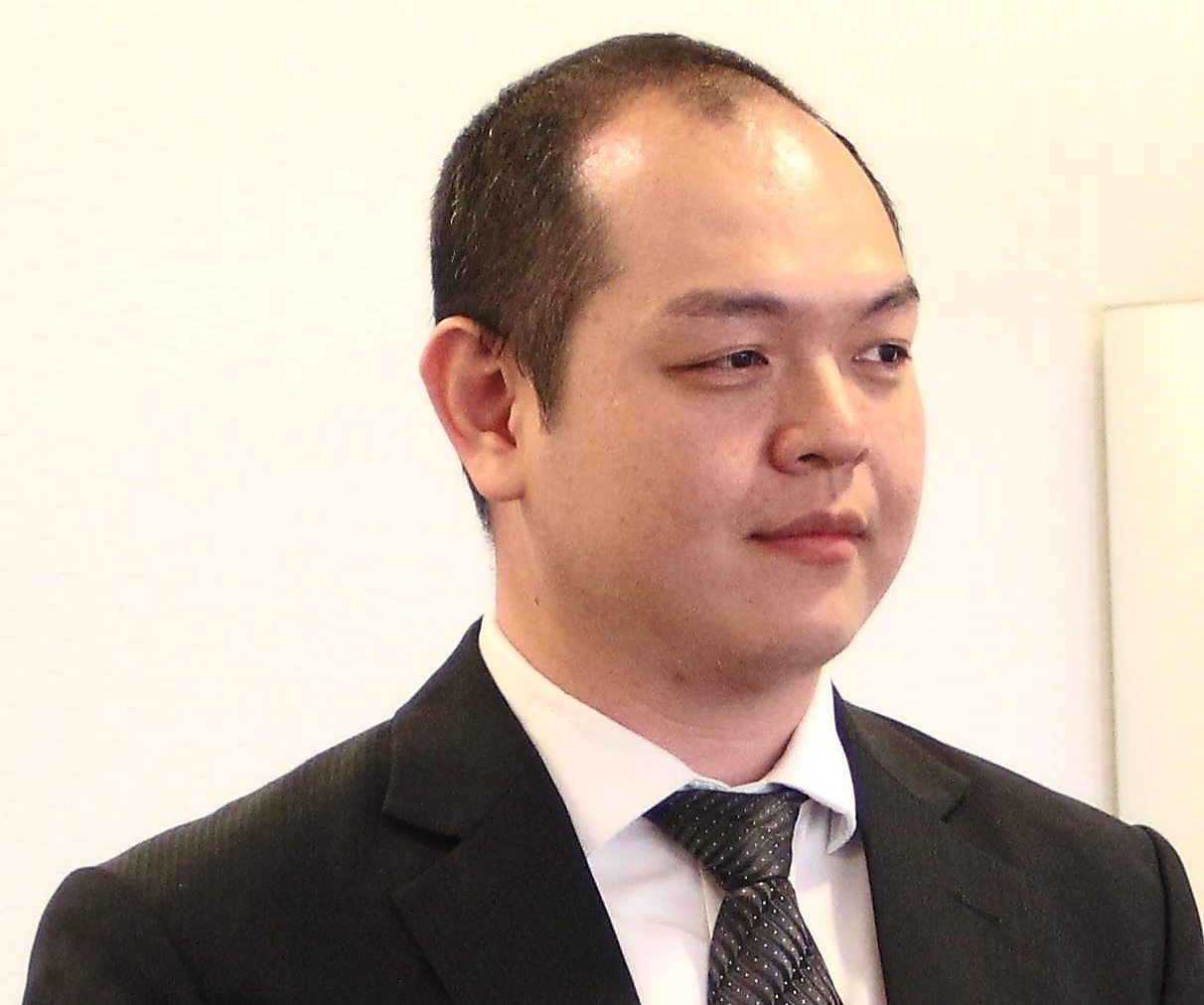 Fong explained that the free version will offer basic functions for monitoring malware but not extra features such as scanning email messages and websites.

“A free version with basic features should be good enough as long as you practise good security habits such as not downloading pirated software or streaming movies illegally because these sites are usually filled with malware,” he said.

According to AVG, which offers a free version of its antivirus software, users should take extra precautions when visiting dubious websites, as cybercriminals could take advantage of vulnerabilities in a browser to download adware into a user’s system.

An adware – short for advertising malware – generally bombards the user with endless pop-ups displaying ads. But it could also track your online activities, slow down your machine, eat up your data, and even be used to perform other kinds of attacks.

Adware is also commonly found in “free” software bundles, it said on its website.

“Another thing that users can do which won’t cost them any money is to update their Windows.

“When you get a prompt for an update which usually introduces stronger security measures against new forms of malware, just do it right away,” he said.

“I personally use a webcam cover for my camera. You can stick a tape or a piece of paper over your camera and that should be enough when you don’t need it,” he said.

However, this may not be advisable for some models such as the MacBook Air which have very little clearance between the keyboard and screen.

Apple recommends that users rely on the camera light indicator instead to know when it’s being accessed by other programs.