The Week That Was: Tackling a pandemic

Redeeem your ePenjana credit from one of these e-wallet providers. — RONNIE CHIN/The Star

As the pandemic has made people more cautious about spending and leaving their homes, the government has announced a number of initiatives to ease their concerns.

One of them is ePenjana which grants RM50 e-wallet credit to eligible Malaysians from July 31.

The credit can be redeemed via an e-wallet from Boost, Touch ‘n Go or Grab, and the companies will also offer an RM50 in the form of vouchers, cashback and reward points.

According to the ePenjana FAQ, about 15 million people are expected to benefit from the initiative which was introduced to encourage consumer spending.

Malaysians aged 18 years and above with an income of less than RM100,000 per year will be eligible but they will also have to be a registered user of MySejahtera, the Covid-19 contact tracing app.

Previously, the credit was restricted to being used only at physical stores but this limitation has been removed according to an updated FAQ.

Users have until Sept 31 to spend the credit which cannot be transferred to other e-wallets or cashed out. 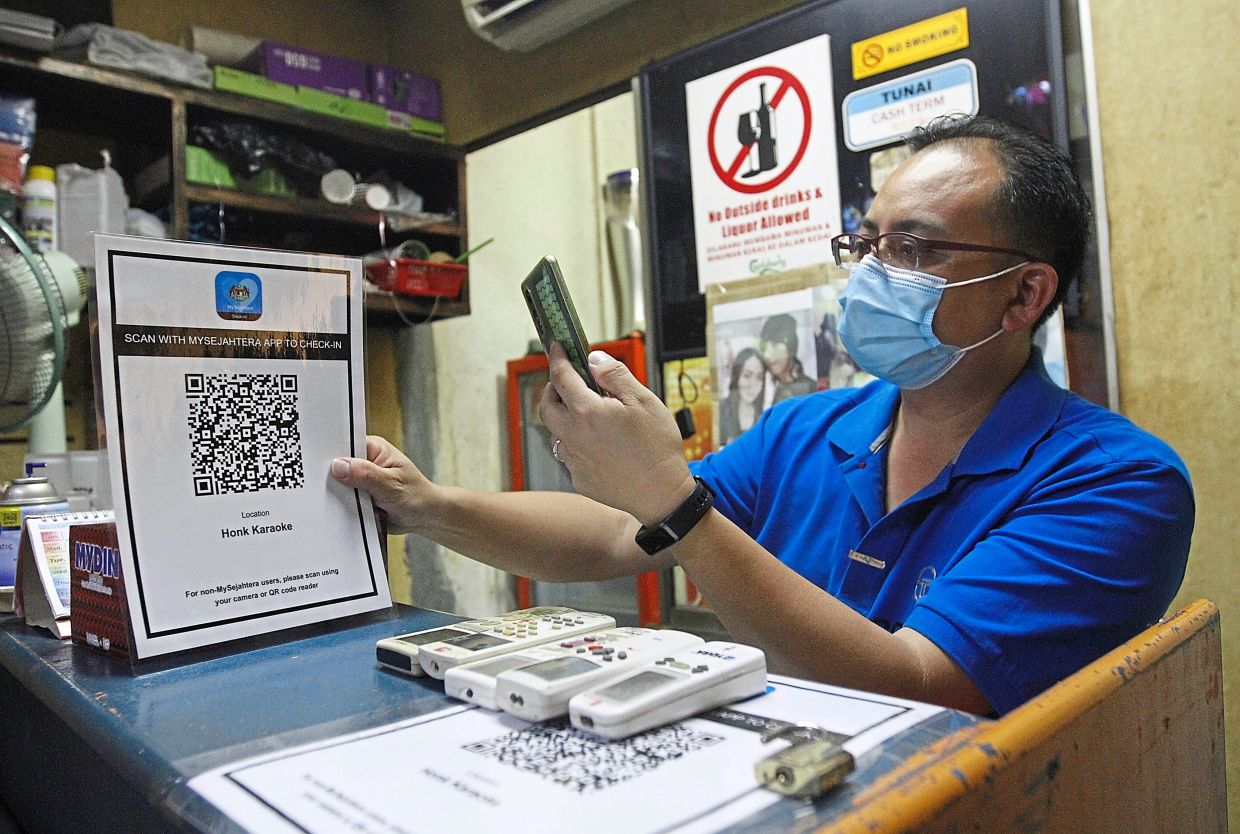 Check in to places and keep track of where you've been through MySejahtera. — ZHAFARAN NASIB/The Star

As for the MySejahtera app, it has been updated (version 1.0.23 on Android) with a new feature that lets users see a history of the places they have checked in.

The app, introduced last March, is meant to assist the government in managing and mitigating the Covid-19 outbreak

Apart from daily updates about Covid-19 cases in Malaysia, users can use the Hotspot feature to find out if there are any reported cases in their area in the last 28 days.

They can also use the app to locate a health screening facility or access digital healthcare services. Ismail Sabri announced the mandatory use of MySejahtera at business premises. — Bernama

Senior Minister (Security) Datuk Seri Ismail Sabri Yaakob also announced that the government will make it mandatory for MySejahtera to be used at all premises.

The regulation will be gazetted by the Attorney General's Chambers soon.

He added that premises in rural areas without stable Internet connection will be allowed to keep contact tracing records manually. An app that users no longer need is Gerak Malaysia, which was launched last April by the Malaysian Communications and Multimedia Commission (MCMC), as it was discontinued on July 31.

Gerak Malaysia allowed users to apply for interstate travel during the movement control order (MCO) but the app is no longer needed as this is allowed during recovery MCO which started on June 10.

MCMC advised users to uninstall the app from their devices, saying that all personal data obtained through the app will be transferred to the Health Ministry while user movement records will be deleted.

Meanwhile, countries facing a surge in Covid-19 cases are adopting different technologies to curb the spread of the pandemic.

Victoria, a southeast state in Australia, has announced stricter lockdown measures such as a curfew from 8pm to 5am, and prohibiting everyone from travelling 5km beyond their homes.

All schools in the state also have to go back to e-learning, as the city of Melbourne has been identified as the epicentre of the second Covid-19 wave in Australia. 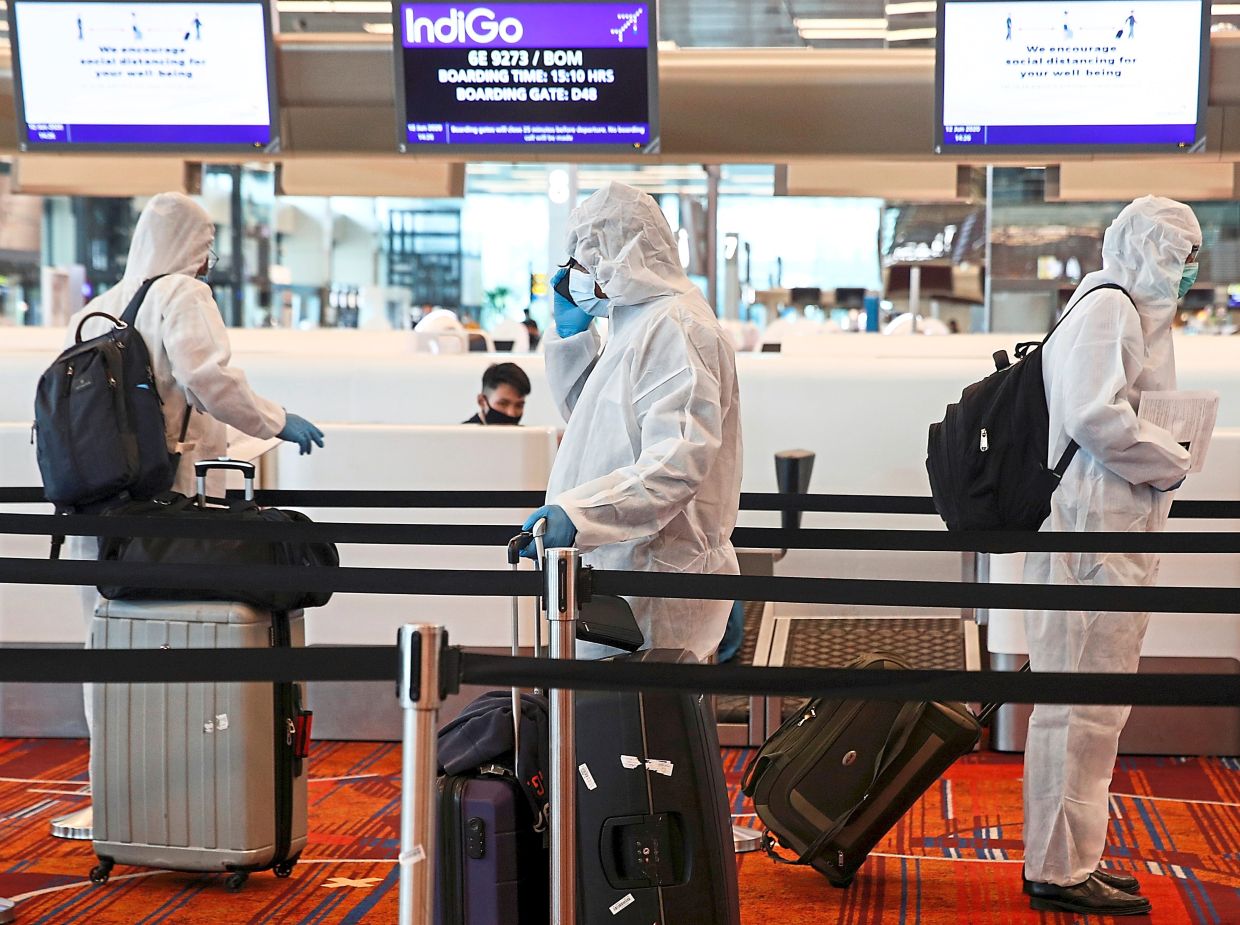 Travellers entering Singapore will be given an electronic monitoring device while they serve a 14-day stay-home notice. — Reuters

Singapore has announced that all travellers entering the country from Aug 11 will be fitted with an electronic monitoring device while they serve a 14-day stay-home notice.

The device uses GPS, 4G and Bluetooth to track a person’s location but doesn’t store any personal data, or have voice or video recording functions.

If a user attempts to leave the house or tamper with the device, an alert will be sent to the authorities.

According to a report, the person wearing the device may also receive notifications which they have to acknowledge in a timely manner.

Prior to the introduction of the device, authorities have been monitoring through text messages, phone or video calls, and house visits.