Jeff Bezos, Mark Zuckerberg, Sundar Pichai and Tim Cook being sworn in to testify via videoconference during a hearing on 'Online Platforms and Market Power' on Capitol Hill, in Washington, DC, United States, July 29. — US House Judiciary Committee via Reuters

LOS ANGELES: On July 29, in a congressional antitrust hearing, the CEOs of four of the world's biggest tech companies endured a five-plus-hour cross-examination filled with combative and accusatory questioning. The livestreamed bipartisan grilling was aimed at making the case that the rich corporate quartet – Facebook, Amazon, Apple and Alphabet – have repeatedly abused their outsize economic clout.

The next day, the four companies collectively reported US$28.6bil (RM119.73bil) in second-quarter net profits. Indeed, Big Tech has demonstrated its resilience amid the coronavirus-induced economic crisis that has trashed whole sectors of the US economy, leading to a record 9.5% drop in the country's GDP for the quarter.

The House antitrust subcommittee hearing last week was long on posturing and gotcha moments and short on remedies for reining in the tech giants' behaviour. The question, with the pivotal US election looming in November, is when – or whether – anything will actually change in how the Big Four companies are policed.

The upshot, according to industry and legal experts: The tech backlash has definitely picked up steam, although what form that takes remains uncertain.

"Momentum to regulate the tech stalwarts is starting to increase on both sides of the aisle," says Wedbush Securities analyst Dan Ives. The strong second-quarter results of the Silicon Valley titans feed into that call for action, he adds, noting: "In the Covid environment, the strong have only gotten stronger."

In the quarter, Facebook punched up revenue by 11% and said that 2.7 billion people per month now use its flagship service, with the company netting about 200 million new users in the first half of 2020. Apple also posted an 11% top-line increase, with net profit up 12% to US$11.25bil (RM47.1bil). Alphabet's total revenue actually declined for the first time ever, dropping 2% on weaker Google search ad sales, but still topped Wall Street forecasts.

And Amazon thundered to record quarterly sales of US$88.9bil (RM372.18bil), up 40% on pandemic buying, and turned in an all-time-high profit of US$5.2bil (RM21.77bil), as cooped-up consumers leaned harder on the e-commerce and web services giant for delivery of goods, groceries and entertainment. "The results were simply jaw-dropping given the company is still not operating at full efficiency" with the surge in demand, Pivotal Research Group's Michael Levine wrote in an analysis.

Until now, investors have seen political sabre rattling about Big Tech – and even huge fines like the US Federal Trade Commission's US$5bil (RM20.93bil) slap on Facebook over data privacy violations last year – as so much background noise. But with a possible Joe Biden presidency and a Democrat-controlled Senate, there's the real prospect of the US government enacting laws to restrict the operations of Google, Facebook, Amazon and Apple, or taking aggressive enforcement actions. "If you get blue across the board in DC, this goes from a negligible risk to something that becomes potentially a game changer," Ives says.

More than anything, the House hearing established the competitive harms of the industry very publicly and in detail, says Vanderbilt University professor Rebecca Allensworth, who specialises in antitrust law. For foes of Big Tech, "it was successful in the sense that it built political will to take action," says Allensworth. Her takeaway: Courts and regulators will be emboldened to apply the Sherman Antitrust Act to the 21st century's technology tycoons.

Sundar Pichai, CEO of Alphabet and Google, acknowledged that reality in comments on the company's July 30 earnings call. "I think the scrutiny is going to be here for a while, and so we are committed to working through it," he told analysts. "Obviously, we will operate based on the rules. And so to the extent there are any areas where we need to adapt, we will."

The House subcommittee's most damning evidence of anticompetitive behaviour by the four companies was contained in the more than 1 million documents it released in connection with the hearing. Among those were communications from Facebook's Mark Zuckerberg in which he expressed a desire to "neutralise" rival startups. The company has done that by copying features of competitors or buying them outright, as Facebook did with its 2012 acquisition of Instagram for US$1bil (RM4.19bil), the documents revealed. In one email, Zuckerberg wrote, "Instagram can hurt us meaningfully without becoming a huge business."

House Judiciary Committee chairman Jerry Nadler, Democrat-New York, told the Facebook CEO: "This is exactly the type of anticompetitive acquisition that the antitrust laws were designed to prevent."

Zuckerberg, who appeared via teleconference – as did the other CEOs – socially distanced thousands of miles away, couldn't contradict the record. His defense: "I've always been clear that we viewed Instagram as both a competitor and as a complement to our services." Zuckerberg also argued that the Instagram acquisition represents "an American success story", in that Facebook invested in Instagram's growth. And, he noted, the FTC had access to the same documents and approved the deal eight years ago – which pundits say is more of an indictment of the agency's inaction.

"I would emphasise that there's often a fine line between a very competitive, hard-nosed business practice and a legal violation," says USC law professor and antitrust expert Jonathan Barnett. "And so, absent an intellectual property issue, imitating a competitor's product or service is not in and of itself something that could be the basis of an antitrust violation." But he added that the July 29 hearing built on the increasing reports of practices of imitating or copying products, "and I think that would be of concern."

Another set of documents exposed a 2016 exchange between Amazon's Jeff Bezos and Apple senior VP Eddy Cue about a deal to get Prime Video's app on Apple TV – in which Cue agreed that Apple would take only 15% of app revenue (versus the standard 30% commission) with the understanding that Amazon would, in return, start reselling Apple products. That contradicted Apple chief Tim Cook's testimony during the hearing in which he claimed that "we treat every developer the same."

During the hearing, Bezos was challenged to explain whether Amazon was using its status as a "gatekeeper" to demand WarnerMedia supply content in return for agreeing to offer HBO Max on Fire TV (which still does not carry HBO Max more than two months after launch). Bezos professed ignorance of the negotiations but said he thought the companies eventually would reach a deal. Asked if he thought it was OK – in general – for Amazon to employ such a bargaining tactic, Bezos was noncommittal: "There could be scenarios... where it could be inappropriate and scenarios where it would be very normal business and very appropriate."

Given the state of Big Tech's entrenched power, what are the fixes?

The odds are now higher that US regulators will explore post-merger tech breakups, says Vanderbilt's Allensworth, with Facebook the most vulnerable to the possibility – perhaps being forced to divest Instagram and WhatsApp. The FTC, the Department of Justice and several states attorneys are conducting their own antitrust inquiries into the large tech companies, and those may result in new rules designed to stop anticompetitive conduct.

But a breakup of the major tech companies is "unlikely", says USC's Barnett. Less dramatic options are available, ranging from "behavioural remedies", which leave the corporate structures in place but offer limitations, to deeper structural remedies.

"The question with respect to Amazon and each of these companies is not whether they're too big – because big in and of itself cannot be the basis for an antitrust claim – but whether Amazon and others are doing something now to perpetuate themselves in a way that's not what's called 'competition on the merits'," says Barnett.

Congress, particularly under a Democratic regime, could move forward on the legislative front. One idea circulating in antitrust circles is a law that would require separation between "platforms" and "commerce", as outlined in a 2019 article by Columbia Law School scholar Lina Khan. That would prohibit dominant tech corporations from operating businesses that compete directly with those of companies that depend on their platforms. The thorny issue here is how to define the boundaries: Would Amazon be barred from offering both Prime Video and third-party video apps? "The devil's in the details," Allensworth says. Regardless, any such law would probably face a legal challenge.

Spotify CEO Daniel Ek says the industry has long needed a legal framework governing app stores akin to the concept of "network neutrality" (forbidding Internet service providers from discriminating against content providers). Spotify's 2019 complaint with the European Union about Apple's App Store policies, including the 30% "tax" on app sales, led the European Union to launch an antitrust probe into the tech company in June.

"Our view is that we need some real platform principles that enable these platforms to be open," Ek says. Government intervention is necessary, he says, "so that we can have a thriving marketplace." – Variety.com 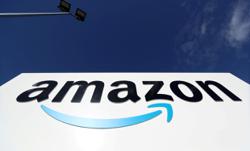 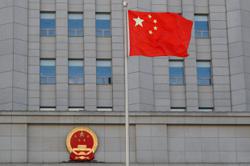