So you want to be a tech-savvy parent? Here’s what you need to know

Here are some basics to share with your child about going online. — Dreamstime/TNS

In recent years, there have been a number of reports illustrating parents’ concerns surrounding how their children should grow up with technology.

In 2016, the US-based Erickson Institute released a study involving 1,000 parents where 72% of them cited excessive screen time, inappropriate content, lack of sleep and spending less time outdoors as some of the downsides of exposing children to technology. Then in 2018, BBC cited a survey by security company Norton on 7,000 parents in Europe where 43% said they were concerned that children could be developing poor sleeping habits due to their gadget usage. 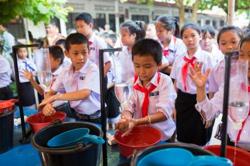