Arm raises prices on chip technology for some customers

Arm supplies the intellectual property in chips that power most of the world's smartphones. – Reuters

In recent talks, Arm's sales representatives have pressed for price hikes that would boost overall license costs for some customers by as much as four times, two people familiar with the matter said.

License costs vary, but can total millions of dollars for critical designs such as complex computing cores. The hikes have prompted some licensees to consider non-Arm alternatives, two of the people said, requesting anonymity to discuss the nonpublic talks.

Arm said it does not comment on pricing negotiations.

The company has invested heavily in new technology to help customers such as Marvell Technology Group penetrate new markets such as data centres. Last year Arm began a "flexible access" programme to give customers access to a broad range of its technology with lower upfront costs.

Arm supplies the intellectual property in chips that power most of the world's smartphones, including those from Apple Inc and Samsung Electronics Co Ltd. It is expanding into chips for self-driving cars and networking technology, among other markets.

SoftBank bought Cambridge, England-based Arm in 2016 for US$32bil, its largest-ever purchase, and signaled it wanted to re-list the company by 2023.

The Wall Street Journal reported this week that SoftBank had hired Goldman Sachs Group Inc to explore alternatives including a full or partial sale of Arm. SoftBank Chief Operating Officer Marcelo Claure told the Financial Times on July 14 that Arm would go public when SoftBank has realised "most of the value" from the chip firm, but said "I don't see Arm as a public company in the next 12 months."

The outcome of an Arm public listing could be critical to SoftBank because 25% of the chip firm is held by the bank's US$98.6bil (RM420.28bil) vision fund. The fund's investments had lost US$17.3bil (RM73.74bil) in value as of March 31, according to SoftBank's most recent financials, compared with a 727.3 billion yen (RM28.99bil) loss in value at the end of 2019. The Vision Fund declines were driven by major investments such as Uber Technologies Inc and WeWork.

License fees, which chip designers pay to access Arm's technologies, are driving its revenue growth. Such revenue grew 6.4% to US$582mil (RM2.48bil) in its most recent fiscal year, even as revenue from royalties on chips made with Arm technologies fell 1.5% to US$1.08bil (RM4.6bil).

SoftBank acquired Arm in part to capitalise on an expected boom in the Internet of things, or IoT, in which everyday devices from traffic lights to refrigerators are expected to connect to the Internet.

But in IoT, the company has faced competition from an "open-source" technology called RISC-V that can be used by rivals who charge chip designers lower prices, or even for free by the chip designers themselves. The novel coronavirus pandemic has also slowed spending plans for IoT, research firm IDC said.

Last week, Arm spun off two IoT software businesses back into SoftBank to focus on its core chip technology.

"It's created a lot of tension for us," one Arm licensee told Reuters, saying the hikes seemed out of proportion to the improvements in the technology. – Reuters 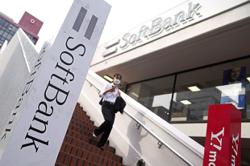 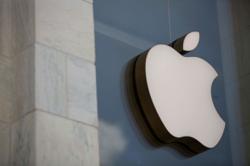