So you want Dark Mode on WhatsApp Web? Here’s how to enable it

For Dark Mode, click on the three dots symbol for Menu which can be found on top of the column on the left. Click on the dots for Menu then Settings. — Screenshot from WhatsApp Web

Then click on Settings, select Theme and a new window will pop up for users to choose between Light and Dark. 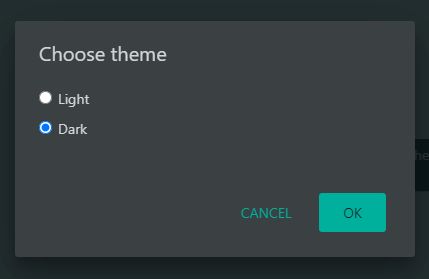 From Settings, click on Theme to activate Dark Mode. — Screenshot from WhatsApp Web

Below Theme, users can also click on Chat Wallpaper to set a background colour for their chats.

Some users on Twitter have reacted to the new feature by calling out WhatsApp for lagging behind Telegram which had already introduced the animated stickers feature in 2019 while Facebook Messenger allow users to send AR stickers to each other.

One user described WhatsApp as the “Internet Explorer of messaging platforms”, referring to how it has been slow to introduce features that are already available on other similar applications.

WhatsApp is catching up it seems as earlier it announced that a number of other features will be coming to users such as QR codes for contacts and a video icon in Group Chats.