The average annual income for workers employed by companies in the telecoms, software and information technology fields reached US$22,998 per person last year. — SCMP

Compensation levels in China’s finance sector continue to lose ground to the tech industry, with the latest example being scientists and researchers who are now better paid than financial professionals, according to a recent report.

After average salaries in China’s information technology industry exceeded those in the financial sector for the first time in 2016, scientific researchers have now achieved the same milestone when it comes to paychecks issued last year, according to a report released by the data research institute of 21st Century Business Herald on July 7.

The average annual income for workers employed by companies in the telecoms, software and information technology fields reached 161,352 yuan (RM98,203) per person, followed by an average annual income of 133,459 yuan (RM81,226) in the scientific research and technical services industry and 131,405 yuan (RM79,979) in finance, according to the report.

“It shows that income is not only correlated with education but also to the economic benefits of the industry,” said the report.

The average annual wage in information technology was 1.78 times higher than the annual average for all industries, while the scientific research sector was 1.47 times higher, a sign that the country is now heavily investing in technology and scientific development.

China’s digital economy has grown at an annual rate of more than 20% in recent years and accounts for about a third of its GDP and a quarter of the national workforce.

In the master plan announced at the Two Sessions annual parliamentary meetings in May, the country will invest an estimated 10tril yuan (RM6.08tril) over six years to boost its tech infrastructure. The plan calls on urban governments and private tech giants like Huawei Technologies to help lay 5G wireless networks, install cameras and sensors, and develop the AI software that will underpin applications from autonomous driving to automated factories.

China is seeking ways to become technologically self-sufficient in domestic tech sectors such as semiconductors, 5G and datacentres as it fights a trade and technology war with the United States and tries to stimulate domestic demand to boost a slowing economy.

Those in the agriculture, forestry, husbandry and fishing industries had the lowest annual incomes last year, at 39,340 yuan (RM23,944), equal to 43% of the country’s average.

Industries with the highest income growth last year included retail – driven by the boom in e-commerce – as well as health and social work, according to the report. – South China Morning Post 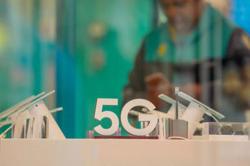 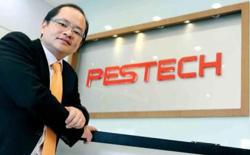