Opinion: Do you really want Google to have your personal fitness data?

Google already owns the biggest search engine, the most popular video-streaming site (YouTube), the biggest mobile operating system (Android) and the dominant e-mail service (Gmail). All of these feed a digital-advertising business that generated US$135bil (RM581.24bil) of sales last year. Do we really want to add Fitbit’s fitness tracking to its armory? — AFP

If you’re concerned about the pervasive role in daily life of technology companies such as Alphabet Inc’s Google, then its planned US$2.1bil (RM9.04bil) acquisition of Fitbit Inc is a worry.

Google already owns the biggest search engine, the most popular video-streaming site (YouTube), the biggest mobile operating system (Android) and the dominant e-mail service (Gmail). All of these feed a digital-advertising business that generated US$135bil (RM581.24bil) of sales last year. Do we really want to add Fitbit’s fitness tracking to its armory?

A coalition of 20 organisations on July 2 urged antitrust authorities in the European Union, the US and five other jurisdictions to scrutinise the takeover more closely. The EU plans to rule on the deal by July 20, although it may extend the probe if needed.

The problem is that Google’s dominance in one market – digital advertising – isn’t necessarily enough, from an antitrust perspective, to block a deal in another sector. Google doesn’t currently make a health tracker or smartwatch. As such, it doesn’t compete with Fitbit. It isn’t trying to consolidate the market or cut the number of rivals. Indeed, a better capitalised Fitbit might improve competition in a smartwatch market dominated by Apple Inc.

But this deal isn’t really about hardware sales: Fitbit’s US$1bil (RM4.28bil) in expected 2020 revenue would represent just 0.7% of Alphabet’s total. The value from the acquisition is in the data that Fitbit is accumulating on all of its users. Knowing how far, how often and where people walk, run, cycle or swim every day could help advertisers, health insurers, city planners and plenty more besides. While Google is unlikely to sell that information directly to advertisers, it would help it build more complete advertising profiles of its users. In that sense, the fitness tracker market isn’t discrete from Google’s dominant ad-tech business. It could feed it, extending its dominance.

With that in mind, regulators could impose restrictions while still clearing the deal. Aitor Ortiz, a Bloomberg Intelligence analyst, expects behavioural remedies will be imposed. That could mean Google promising not to merge Fitbit data with other user info without explicit consent. The tech giant takes a similar approach with Nest, a home automation company it acquired in 2014. Last year, it started encouraging users to merge their Nest data with their Google accounts.

For those alarmed about Alphabet hoarding even more of our personal data, these promises probably won’t be enough. A stronger remedy would be to prohibit Google from ever extracting fitness information from a user’s devices. That’s how Apple treats fitness data from its Watch. Google insists that it wants Fitbit anyway, even without being able to farm its data. If that’s true, then it shouldn’t have any complaint about such a restriction. The purchase would still give it an entree to the smartwatch market, which will grow to US$96bil (RM413.32bil) by 2027, according to Allied Market Research.

Fitbit’s products also need to keep working with Apple’s mobile operating system as well as with Android. Otherwise, they would become a tool to force people to buy Android devices.

This is an important test case that will be hard for regulators to get right. Past attempts at imposing behavioral remedies on the tech giants have failed: Facebook Inc told Brussels back in 2014 that it wasn’t technically possible to merge its data with those of WhatsApp, but then it went ahead and did it anyway, accepting a paltry €110mil (RM532.16mil) fine from the European Commission for breaking its agreement. Google tends to be better behaved than Facebook, but its deep pockets give it a lot of power.

Given the risks, the easiest solution might just be to block the Fitbit deal outright. But that would be legally harder to justify. – Bloomberg 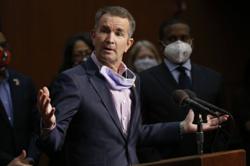 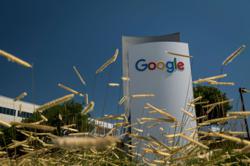 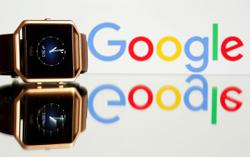