Pavithra, 28, showing the imposter social media accounts bearing her name. She denied that she and her husband had created Facebook and Instagram accounts, insisting that they had only created their one YouTube account thus far. — Bernama

IPOH: After months of waiting, the Malaysian couple behind the YouTube channel and Internet sensation ‘Sugu Pavithra’ were over the moon to have finally received their first earnings from the video-sharing platform.

On May 19, S. Pavithra, 28, excitedly travelled all the way from Sungai Siput to Perak’s main post office here to claim their deferred earnings since she and her husband became YouTube Partners in January.

The mother of two, who hails from Buntong, Ipoh, said she would use the payment to buy clothes for herself and her family, among other things.

"We are not rich people. We are so happy to receive the payment although the sum is not as large as people claimed on social media, because my husband and I have been patiently waiting for this.

"I will use the money to buy clothes, go for hair rebonding and also buy prayer materials for my house,” she said.

Meanwhile, Pavithra and her husband M. Sugu, 29, denied that they have created Facebook and Instagram accounts bearing the same name as their YouTube channel ‘Sugu Pavithra’ since May 16.

"I hope all of you (social media users) can assist in reporting these accounts to the authorities because I’m worried irresponsible people might take advantage of this,” she said.

Pavithra also expressed her gratitude to Bernama for being the first media organisation to publish a report of an interview with her on May 8, which helped boost the number of ‘Sugu Pavithra’ subscribers from 160,000 to 559,000 as at 3am on May 20.

The housewife, who speaks fluent Malay, added that following the report, many companies and individuals have called her to contribute food, cooking essentials and electrical appliances.

However, she admitted that what she already has is more than enough.

Pavithra said she was also proud to have received a congratulatory message from Prime Minister Tan Sri Muhyiddin Yassin, along with some gifts which have motivated the couple to continue sharing their cooking videos.

“After the interview was released, I began to receive dozens of calls every day including from a radio station in India that wanted to interview me because my husband is shy. Our lives have changed and I even have to prepare a book to organise meetings or visits,” she added.

Pavithra said following the increase in incoming calls, the couple could not upload their videos as frequently as before because they only have one mobile phone and were worried the calls might interrupt their recordings. – Bernama 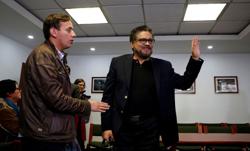 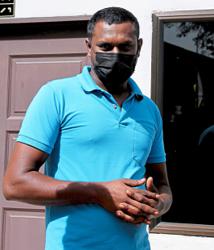