After a short-lived stint as TikTok chief, Musical.ly co-founder Alex Zhu is returning to his ‘primary passion’

India is the biggest growth driver for TikTok followed by China, with 611 million and 196.6 million total downloads, respectively. Mayer, who will report directly to Zhang Yiming, will also serve as the chief operating officer of ByteDance. — SCMP

TikTok head Alex Zhu has moved to a new role as vice-president of product and strategy for its parent company ByteDance to make way for a Disney executive to head up the popular short video app, as it faces ongoing scrutiny over data privacy and censorship issues.

TikTok’s owner, Beijing-based ByteDance, announced on May 19 that it has hired The Walt Disney Co’s top streaming executive Kevin Mayer as the new CEO of TikTok, as it builds on its gains as the world’s fastest growing short video app.

“Kevin's wealth of experience building successful global businesses makes him an outstanding fit for our mission of inspiring creativity for users globally,” Zhang Yiming, founder and chief executive of ByteDance, said in a blog post.

Mayer, who will report directly to Zhang, will also serve as chief operating officer of ByteDance, leading its music, gaming and emerging businesses, including the Helo social media platform in India.

A ByteDance representative said the company had no further comment on the matter.

In March, Zhang wrote in a letter posted on the company’s WeChat official account that he would put more effort into the US and Europe markets, and “improve the global management team together with Alex Zhu”.

TikTok is the first Chinese app to achieve a huge user base in overseas markets. India is the biggest growth driver followed by China, with 611 million and 196.6 million total downloads, respectively, according to data released by Sensor Tower at the end of April.

The US, where TikTok has come under political fire over data privacy and national security concerns because of its links to a Chinese company, is the third biggest market with 165 million installations.

“In terms of Washington DC and the political issues, I don't think [the new CEO is] going to make much difference,” said Jeffrey Towson, a former Peking University investment professor. “Everybody knows who owns the company. Zhang Yiming is the boss. And until people know and trust him, organisational changes aren’t going to work.”

Still, the former Disney executive would be a good fit, according to Towson. “Kevin is very good for TikTok because [the app] is becoming global entertainment,” he said. “So you need somebody who understands all the regulatory and licensing aspects of that – and who better to do that than the person who did streaming at Disney?

“That's a very different skill set than Alex Zhu, who used to be running it, who is a product guy and a creative type. That's very different than working out all the legal contracts.”

After the Musical.ly app, which Zhu co-founded, merged with TikTok in 2018, he took a few months off to “rest, go clubbing in Shanghai and listen to jazz”, he told The New York Times.

Zhu rejoined the company early last year but soon after ByteDance began facing increased scrutiny by US lawmakers over the app’s handling of user data as tensions rose between the US and China over trade, national security and human rights issues.

In response, TikTok recently named a group of US experts in technology, policy and mental health to form a new content advisory council. The app earlier announced it would this month open a transparency centre in Los Angeles.

In his new role, Zhu will “focus on his primary passion overseeing strategy and product design”, said a ByteDance spokeswoman.

Since 2018, TikTok and its parent ByteDance have hired more than two dozen employees from Facebook, according to a CNBC report citing people familiar with the matter. The same report said TikTok moved into office space in Mountain View, California, which was previously occupied by Facebook’s WhatsApp messaging app.

Zhu, in his forties, graduated from Zhejiang University in Hangzhou. His personal blog, last updated in 2012, is titled the “The Passion of Sisyphus” – named after the Greek hero who was condemned by the gods to roll a rock up a steep hill, only to see it fall back as it nears the top.

“I spend a lot of years doing enterprise software for SAP. Enterprise is a good business but it’s not sexy enough, and I want to be a sexy man,” Zhu said at an product event hosted by Greylock Partners in 2016. “So my passion is always in the consumer business, doing designs, using the consumer approach to deal with enterprise design.” – South China Morning Post 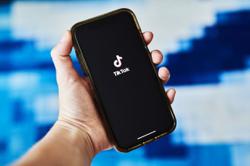 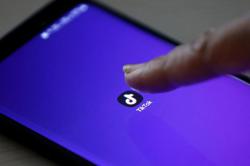