Opinion: Work from home is fine... for now

As we’ve seen with smartphone and social-media culture, what can start out as an exciting new way of doing things can have negative effects that may only become apparent after wide adoption and long-term use. — AFP

There are reasons to be optimistic about corporate America getting more comfortable with work-from-home arrangements brought on by the coronavirus pandemic. Workers gain more flexibility around their working and living arrangements. Both companies and workers stand to save money by relying less on high-cost real estate. If it results in no loss of productivity, what's not to like?

But as we've seen with smartphone and social-media culture, what can start out as an exciting new way of doing things can have negative effects that may only become apparent after wide adoption and long-term use.

The most obvious one is a further encroachment of the workplace on home life. For many professionals in industries such as media, finance and technology, this might not represent much of a change from the status quo. For other types of workers accustomed to a firmer divide between work and other activities, they might be in for a shock; what starts out as optional can quickly become obligatory. Teachers, for instance, are probably not in a hurry to agree to let parents and students request Zoom calls at any hour of the day, seven days a week.

If the ability to work from home becomes a requirement in the hiring process, it raises the question of what types of workers this might leave behind. When high-powered jobs require senior workers to relocate to New York, San Francisco or Los Angeles, workers who are unwilling or unable to make such a move get left out. But a similar version of this filtering process might take place in the case of work-from-home requirements.

Workers have largely organised their lives around the assumption that they would travel to and work in an office five days a week. If working from home becomes the norm, employees will be expected to have quiet private home-office space, a high-speed Internet connection, secure file cabinets, a computer that is more capable than one needed for casual home use, a scanner and printer and office supplies. For some workers, that could be more of a burden than they faced under the office-work paradigm.

More troubling, removing geography as a constraint to employment might level the playing field between American and overseas workers, leading to a new wave of job outsourcing like that affecting manufacturing during the past two decades. A corporate culture that can seamlessly manage engineers working remotely in San Francisco, Austin, Texas, Omaha, Nebraska and Richmond, Virginia, could presumably incorporate engineers working in Romania or India. What's more, the adoption of remote work could be corporate America's way to hedge against an intensifying political climate of nationalism and closed borders.

Within organisations there would likely be some employees who are made better off and others who are made worse off. People entering the workforce and starting new jobs have to learn not only new skills but also office decorum, culture and interpersonal norms. A big part of that involves not just formal training but also observing coworkers and seeing how they act and think.

Often, the best mentors are more experienced workers with whom you don't work directly with or for, but who can offer insight and guidance without either person worrying about creating liabilities or conflicts. But it's precisely those potential mentors – mainly older workers with experience and perhaps less room or desire for professional advancement – who may be the most tempted to work from home. Without their physical presence in the office, who will younger workers learn from, both formally and informally, and how will large, far-flung organisations establish or maintain any consistent kind of culture?

There's also the question of increased legal liability. As many workplace scandals show, well-paid financial traders and corporate executives put inappropriate comments into emails and text messages all the time, even when they've been trained and told not to. How much more prevalent will these types of problems be if many more workers have even more of their workplace communications, which normally might be face-to-face but are now recorded on Slack, Zoom and other collaboration tools in the less-formal home-office setting?

What we do know is that the initial effects of technology-enabled shifts are relatively easy to determine and predict. For example, in the case of Facebook, it started out as a place to see pictures of and keep up with friends and family. With a shift to work-from-home culture, it's clear that the obvious advantages are increased flexibility and the potential for cost savings. It's the secondary effects that can take years to tease out. In the case of Facebook, it was a whole host of issues, from data privacy to fake news to manipulative ads.

Even if it's not clear what those negative secondary effects will be from a broad shift to remote work, it's inevitable that they'll occur. What we need to do now is do our best to think them through and address the undesirable ones before they emerge. – Bloomberg

(Conor Sen is a Bloomberg Opinion columnist. He is a portfolio manager for New River Investments in Atlanta and has been a contributor to the Atlantic and Business Insider.) 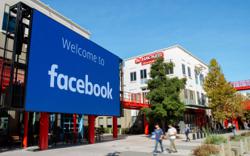