In the first quarter of 2020, the number of Chinese recruitment postings across all industries fell 22.6% compared with the same period last year. A survey found that 5.4% of tech firms experienced job cuts while 12.9% have reduced contractors, interns and part-time employees. — SCMP

While the coronavirus pandemic has boosted certain sectors of China’s digital economy, many Internet-related businesses that intersect with the offline world have been hit hard and are cutting costs through lay-offs, salary reductions and hiring freezes.

China’s version of Airbnb, online lodging sharing and booking site Tujia, was optimistic about its prospects for 2020 before the outbreak of the coronavirus, according to a former employee who spoke to the Post on the condition of anonymity.

Instead, Tujia has had to lay off 800 employees, representing some 40% of its total staff, local media The Beijing News reported, citing information circulated on career community platform Maimai.

The company faced a cash crunch that meant it would be unable to pay all compensation until June, the employee, who lost her job in March and is still waiting to be paid back wages, told the South China Morning Post. “If not for the Covid-19 pandemic, the company may have turned profitable this year, ” she said. A Tujia representative declined to comment on the lay-offs.

Chinese companies like Tujia are among the many tech-related businesses hard hit by the economic crash caused by the coronavirus pandemic. The downturn in their fortunes contrasts with the surge in users seen by such sectors of the digital economy as gaming, online education and food deliveries during shutdowns tied to the outbreak.

China’s economy shrank 6.8% in the first quarter of the year, the first contraction since quarterly records began in 1992.

The tech industry workers interviewed for this story all asked for anonymity out of fear that speaking publicly about losing their jobs would affect their careers.

Trip.com Group, formerly known as Ctrip.com International, implemented lay-offs within certain departments at its online platform during the pandemic, according to some affected employees who spoke with the Post; others were asked to take unpaid leave, according to local media YiMagazine. The company’s top management also announced they would not take salaries until the travel industry recovers.

One of the affected Trip.com workers, a customer service officer in her 20s, said her department was overwhelmed with cancellation and refund orders after the coronavirus lockdowns hit the travel industry in China.

“Some customers were swearing and saying terrible things. Then after the peak period, the company laid us off. It’s very depressing,” she said. “I felt like crying... it’s really hard to find a new job during the pandemic. I’m still jobless now.” 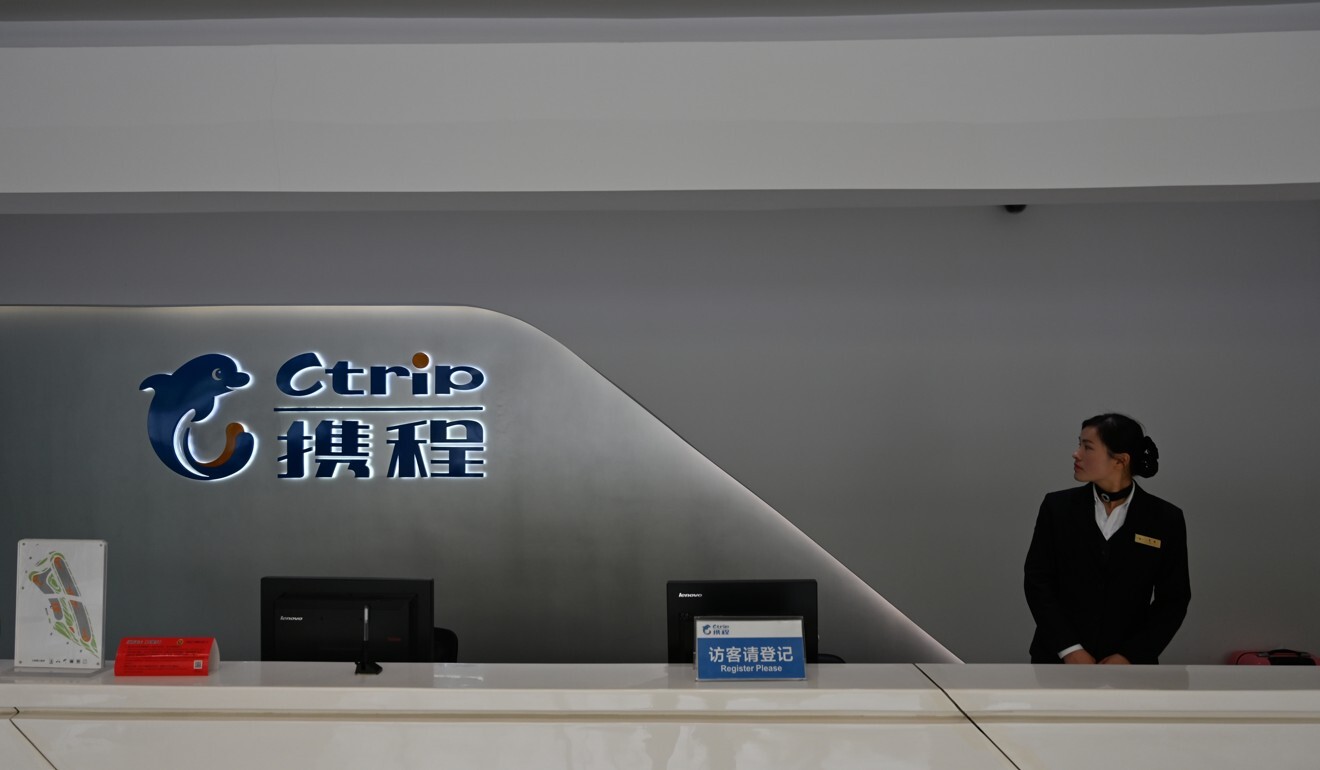 Even before Covid-19 struck, it had been a challenging year for the Chinese tech industry. After national telecoms champion Huawei Technologies was put on a US trade blacklist in May 2019, banning it from doing business with US companies without a special licence, some of China’s largest artificial intelligence firms including HikVision, Megvii and iFlyTek were added to the same blacklist, which had a knock-on effect on their sales and profits.

The global health crisis has now delivered hardship to the doorsteps of smaller Chinese tech companies that were able to record rapid growth in recent years on the back of a spectacular rise in the number of Chinese internet users, which now number more than 900 million.

MOGU, an e-commerce platform specialising in selling clothing via live-streaming, confirmed that the company laid off around 140 people, or 14% of its workforce. Online classified advertising platform 58.com is asking some employees to take unpaid leave as well as salary cuts, according to a report by Chinese media Jiemian. A 58.com spokesman declined to comment on the cost cuts.

Li Qiang, executive vice-president of online recruitment site Zhaopin, said venture capital investors are no longer keen to target Chinese internet companies and the growth rate of the industry has slowed – a trend evident even before the pandemic. “Some Internet enterprises are facing great challenges,” he said.

Judy Zhang, head of performance and rewards services at Aon Human Capital Solutions in China, said the internet industry is expanding from customer-oriented, focusing on daily active users and page views, to corporate-oriented.

“Venture capitalists are now more interested in [corporate] types of projects. Businesses that take the [consumer] approach have been facing difficulties in financing,” she said.

A recent Aon survey of 339 companies across all industries found that 5.4% of those in the tech sector experienced job cuts while 12.9% have reduced their number of contractors, interns, part-time employees, and outside experts. More than half of the survey respondents said they will be more cautious in hiring new people in the future.

In the first quarter of 2020, the number of Chinese recruitment postings across all industries fell 22.6% and the number of job applicants was down 9.4% compared with the same period last year, according to a report by Zhaopin.

Still, tech has not been hurt as badly as other industries like manufacturing, real estate and autos, according to Aon.

“Most industries have been hit hard by the pandemic but some started to decline even before it, such as automobiles, ” said Zhang.

New car sales plummeted 42% year on year in the first quarter, according to the China Association of Automobile Manufacturers, as market demand slowed amid the phasing out of policies that subsidised sales of new energy vehicles.

Uxin did not reply to a request for comment while a Chehaoduo spokesperson said that salaries were reinstated starting April, just before it received additional funding of US$200mil (RM870.34mil) in May.

The funding, from Softbank Vision Fund and Sequoia Capital China, is a sign that deal making might be coming back after a tough first quarter. Asian venture capital deal activity slumped 20% year on year in the first three months of the year, while the corresponding declines in North America and Europe were 17% and 10% respectively, according to CB Insights.

The cuts are not only hitting Internet-related businesses. A Shenzhen-based artificial intelligence (AI) startup laid off 10% of its staff in the marketing and administrative departments and a second round of lay-offs could come soon, according to a senior sales manager who did not want the company named.

The firm was able to secure funding on the back of China’s national AI push but sales have since slumped by 60% or 70% in the first two quarters compared to the same time last year as domestic and overseas customers pull back, the manager said.

“It will be extremely difficult for Chinese tech startups to find financing this year. Although we had three rounds of financing, the funds were usually for one or two years of operation and expansion, ” she said.

For certain segments of China’s tech economy, the lockdowns and quarantines during the pandemic have boosted business. Job postings in the live-streaming industry increased 84% year on year in the first month after the Lunar New Year in January, with significant growth in second and third-tier cities, according to a report by Zhaopin.

Some tech giants are also still hiring. Beijing-based ByteDance has set a goal of nearly doubling its global headcount to 100,000 by the end of the year, partly thanks to the huge international popularity of its TikTok short video platform. 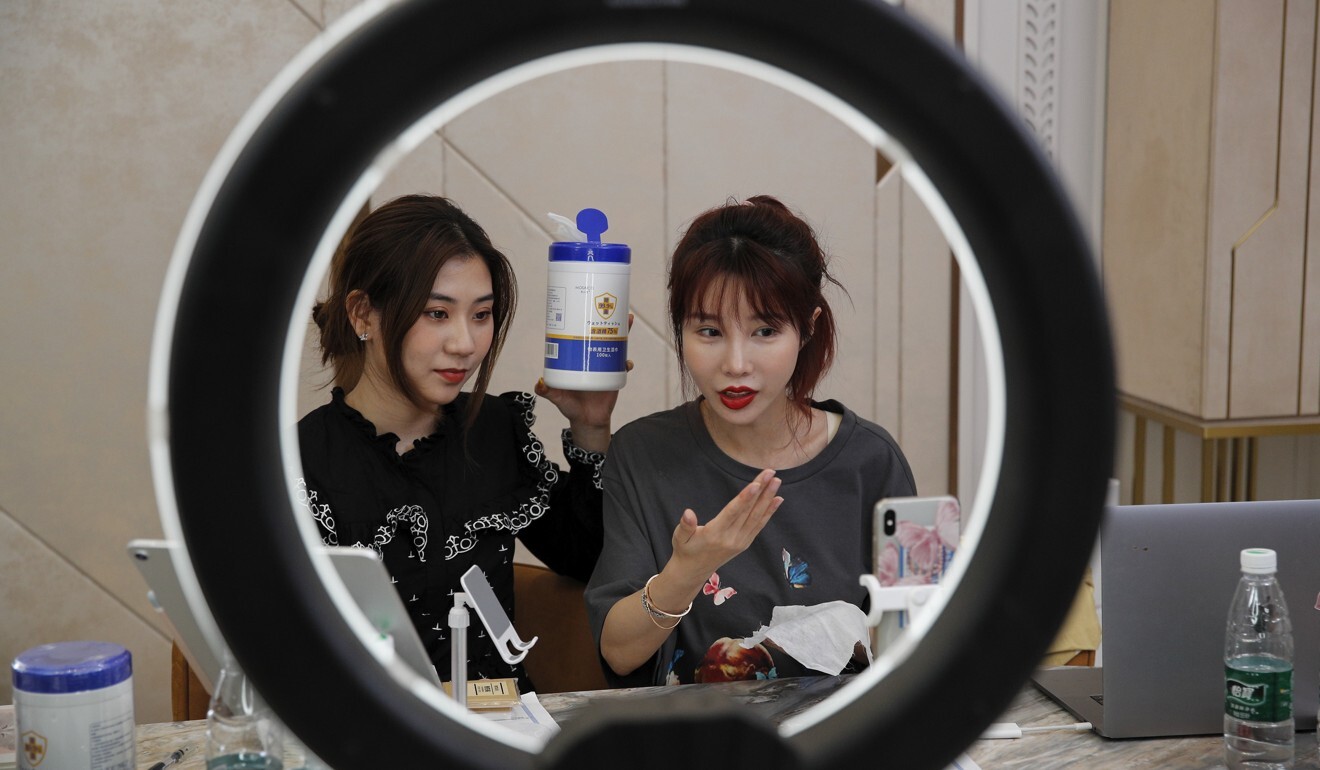 Alibaba Group Holding, which owns the Post, has launched a jobs fair in conjunction with the Ministry of Education, which involves more than 160,000 companies seeking 400,000 new graduates for jobs related to the digital economy.

Tech jobs have always paid more than other industries in China. Most of the 15 highest-paid jobs, with titles such as search algorithm developers and game producers, are in the tech industry, according to online recruitment platform Boss Zhipin. Ironically, the economic pain caused by the pandemic is now making high-level research and development talent within reach of smaller tech firms in China.

“I regard the pandemic as an opportunity to expand the R&D team, ” said Eason Cui, founder of Shenzhen-based educational start-up Syscloud Tech, which has grown from 1.8mil yuan (RM1.10mil) in revenue in 2017 to more than 50mil yuan (RM30.63mil) last year.

“This year I successfully headhunted two veteran engineers [who were laid off] from a Chinese intelligent speech and AI giant. The budget is only 60% of what I planned last year, ” Cui said. “I think we might fail to meet the business plan goals for this year but I will keep recruiting talent, especially in the R&D team.”

Across the Pacific, Chinese programmers and engineers who landed jobs with US tech firms are facing their own dilemma from the impact of Covid-19.

To help limit the spread of the virus and protect American jobs, the Trump administration suspended entry for new immigrants for 60 days starting on April 23 and temporarily suspended routine visa services at all US embassies and consulates in late March.

“The tighter immigration policy will make job-hopping very hard. If you can’t change your job, it may affect your choice to stay in the country in the long term,” said a US-based Chinese programmer who works for Microsoft.

“Many US companies are undergoing a hiring freeze, which will make job hunting very difficult. So more people might choose to return to China,” he said.

However, US-based Chinese programmers who return to China could add to unemployment pressure at home.

A Chinese programmer fired from Amazon interviewed with two US tech companies at the start of March but both companies suspended the recruitment process as the pandemic worsened in the country. He has since accepted an offer from a New York-based company.

“If there was no pandemic, I might have found a job two months ago. I was lucky but it’s very difficult [to find a new job] during this period. The opportunities and choices have become very limited, ” he said.

For some laid-off tech workers, job hunting has been a lonely journey as they have been reluctant to tell friends and family. “It’s a small world. If others know that you were laid off, they may become sceptical about your work ability, ” said a programmer who was laid off by Trip.com.

The programmer told his parents he changed jobs for a higher salary – not because he was fired. “I don’t want them to worry... but I’m also worried. What if my new company lays off people because of the economic recession?” – South China Morning Post